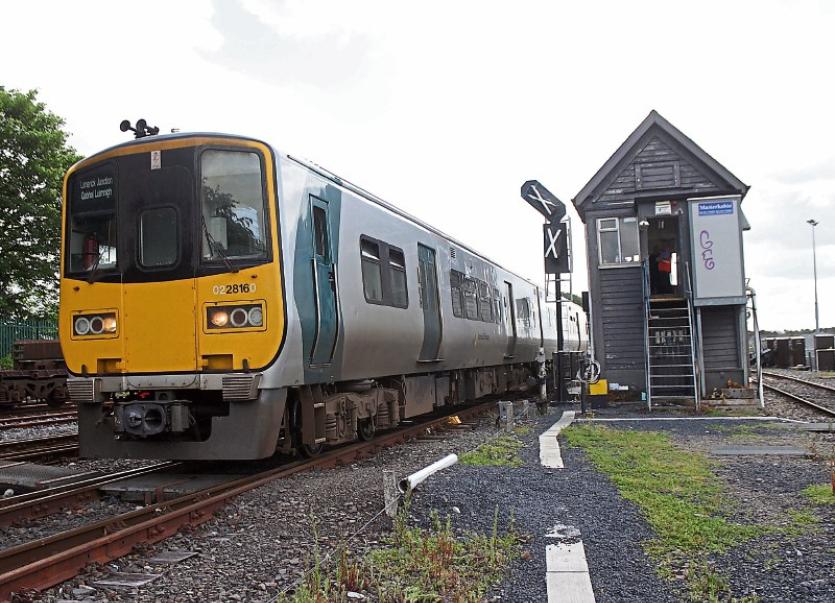 TRAIN services out of Limerick's Colbert station – and around the country – look set to grind to a halt later this month.

Travel disruption is on the way, with talks between the National Bus and Railworkers Union (NBRU) and Siptu warning strike action is very likely over the October Bank Holiday weekend.

Staff are looking for a pay rise in the region of 3.75%, with talks at the Workplace Relations Commission ending this Friday.

Both of the unions have indicated workers could go to the gate on the Bank Holiday weekend, between October 28 and 30, traditionally one of the busiest times for travel in the year.

Union sources have indicated that if workers in Limerick set up pickets, they would be instructing bus drivers to pass these and attend work – unlike earlier in the year, when Bus Eireann drivers were engaging in industrial action. Then, rail services from Limerick were disrupted.

“Minister Ross has this knack for not getting involved. He needs to get involved and make sure the service is maintained, and these workers get their pay increases. Not many people in either the public or private sector would hang around for ten years waiting for a rise,” he said.

Workers are seeking the same rate of pay as staff on the Luas and Dublin Bus in the capital.

“​These workers have done a very important and valuable service to Limerick, and I'd fully support their claim for a pay increase. They have been very patient through years of austerity.

“I know how hard they work. Ianrod Eireann have said its income is up. So it's time workers who have been loyal to the company to get their reward for that,” Mr Quinlivan added.

His party colleague, Senator Paul Gavan, a former trade union official, said: “Any government should understand the need to do a deal. Both unions and management at Irish Rail have acknowledged they are suffering an under-funding to the tune of €125m a year. It is a governmental failure to address this issue.”

Other destinations served from the Parnell Place terminus include Dublin Heuston station, Thurles, Portarlington and Portlaoise in the midlands.