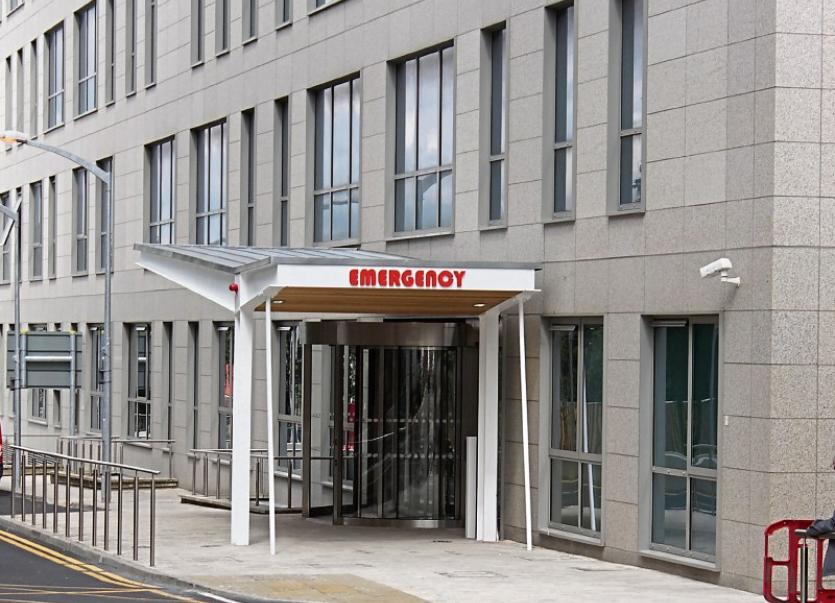 The new emergency department at UHL opened in May, yet overcrowing persists at the hospital

A FINE Gael senator has called on the Government to include a 96-bed block at University Hospital Limerick in its capital plan which is due to be revealed in the next two months.

The UL Hospitals Group has put in a bid to secure funding from the Department of Health for the €25m  project, which could alleviate UHL’s overcrowding crisis.

Sen Kieran O’Donnell’s calls come after a new report showed that UHL had the worst rate of overcrowding in the country in September, with 902 patients being treated on emergency department trolleys and on extra trolleys or beds in the wards.

The overcrowding rate was significantly higher than any other hospital in the country, with the second worst level of trolley numbers found at Cork University Hospital, with 628 patients.

Sen O’Donnell said that “there was always a need” for the extra 96 beds, following the closure of St John’s, Ennis, and Nenagh emergency departments since 2009.

He described this as “putting the cart before the horse”.

“I have spoken to Minister Harris about the overcrowding and he is well aware of the difficulties. The new ED has made it a more bearable visit for patients, but nonetheless, unacceptable in terms of being on trolleys. And I am impressing upon him that the 96-acute bed unit would be included in the capital plan, which is due to be announced over the next month or two,” he told the Leader.

Sen O’Donnell lobbied to secure funding for the design and planning phase of the new 96-bed block. He said that it is “an utter priority”.

“As we stand at the moment, no time is lost, as the design work has to go underway. The key thing now is to ensure that we can get the project included in the new capital plan,” he said.

The new emergency department at UHL opened on May 29, and was launched by Minister for Health Simon Harris on June 13.

Emergency consultants have said that until it removes its bed deficit, overcrowding in Dooradoyle will persist.

A spokesperson for the UL Hospitals Group said that it has submitted its winter plan for 2017 to the Department of Health, in conjunction with HSE Mid-West Community Healthcare.

“This plan will set out measures to manage the predicted number of attendances in the ED during the forthcoming winter period.”

In order to alleviate overcrowding in the interim, the hospital has transformed the former emergency department into a 17-bed medical short stay unit.

One measure to relieve ED pressure includes the transfer of suitable patients from UHL to Ennis, Nenagh, St John’s, and Croom Hospital.

The UL Hospitals Group is in discussions to reopen 20 beds at St John’s, which have been closed since early summer 2016, by the end of this month.