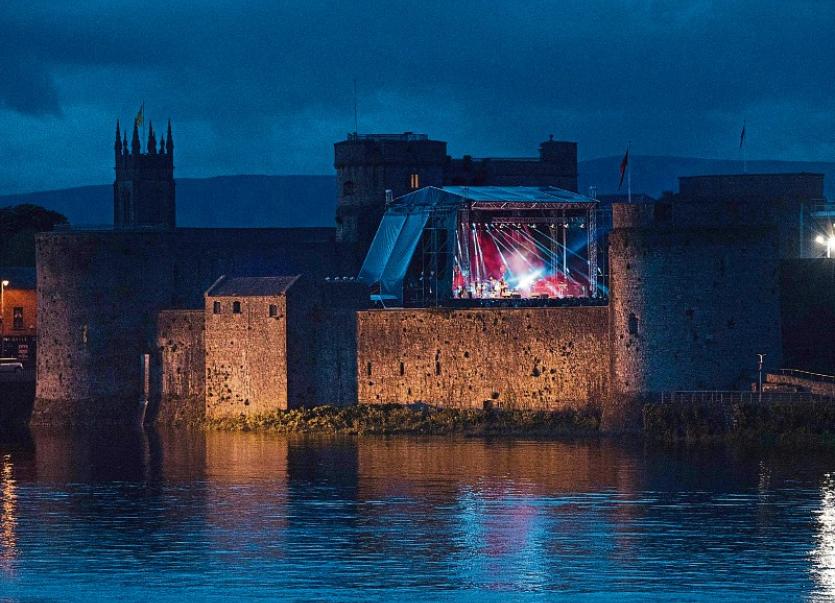 LIMERICK is set to turn a shade of purple this weekend to mark the city’s achievement in securing a premier night-time designation.

Now, to mark Purple Flag weekend, King John’s Castle, the Treaty Stone, the Milk Market and council offices on the banks of the Shannon will be coated in purple light.

Purple flags will fly proudly from the bridges and throughout William Street while staff of some of the city’s best known pubs will don purple attire.

Limerick’s public are being encouraged to get behind the Purple Flag initiaitve and recognise the advantages of having it.

It’s an accreditation process similar to the Green Flag award for parks and the Blue Flag for beaches.

It leads to Purple Flag status for town and city centres that meet or surpass the standards of excellence in managing the evening and night time economy.

Majella O’Brien, of the tourism section of City and County Council, said: “The Purple Flag is the industry standard of quality for a city’s night time economy.  Limerick is delighted to have achieved this prestigious award.

“ It shows that our night time economy is well managed and people can be assured of the best standards of safety and comfort when they come in to Limerick city.”

Chamber chief executive Dr James Ring added: “The Purple Flag is a great marketing tool that businesses can use to their advantage. I would encourage all businesses involved in the evening and night time economy to get behind the flag and support its aims and contribute to developments in the future.

"The flag indicates that our night time economy is well managed and that is an advantage for Limerick.”

A Purple Flag working group has been established and is an extremely positive and diverse group. New members are welcome, bringing with them new ideas to help grow the evening and night time economy in Limerick.

A number of other towns and cities across Ireland already have purple flag designation.

Other locations include the British cities of Bath, Aberystwyth, Birmingham, Bournemouth, and Camden Town in London.

Lincoln and Liverpool are also included, as are Watford and Westminster.

To contribute to the Purple Flag working group, call Limerick City and County Council at 061-407100.