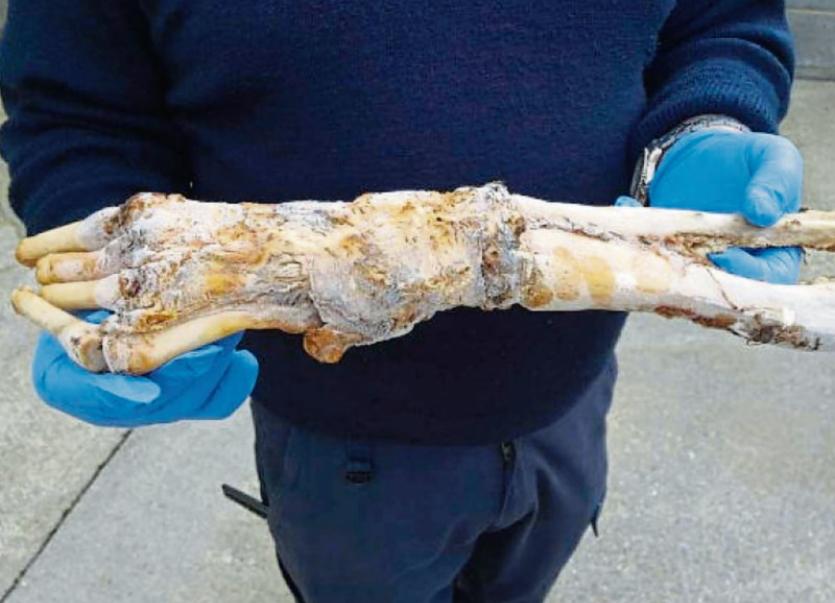 A MYSTERIOUS bone that washed up on a West Clare beach appears not to belong to an ape but rather a creature of the sea, according to an expert.

The mysterious bone washed up on the beach at Farrihy Beach, West Clare, near Kilkee last week and gardai were notified.

After it was determined that the bone – which looks like an arm – was not human after forensic testing, it was returned to Clare County dog warden Frankie Coote, who thought it might belong to a primate.

After Frankie appeared on Clare FM the station did some digging on it and discovered it wasn’t a primate's arm, but was instead likely to be that of a grey seal.

Melanie Croce – operations manager with Seal Rescue Ireland – told the station: “Based on the photo and the location, I would have to agree that it could be the rear flipper of a grey seal. Based on the shape and size, it is very large and sturdy, so it would most like be that of an adult male.”

Speaking previously, dog warden Frankie said the discovery was “most unusual” and that he was “hoping to get in contact with someone that may be interested in taking it and examining it. As to how it got on there, I don’t know.”

“You have a huge ocean there and it could have come from anywhere – but it is unusual,” he said.