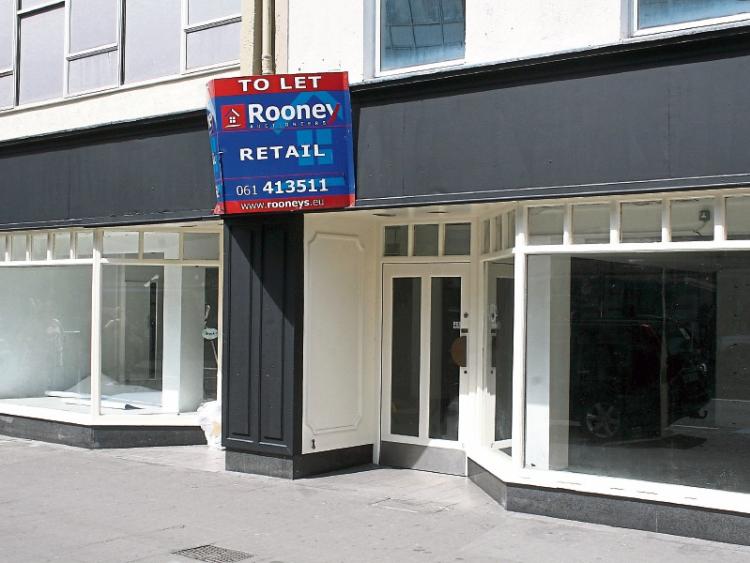 The Dunnes Stores unit has lain idle since 2008 when the retailer closed two of its three city centre outlets Picture: Adrian Butler

A NEW “family friendly” restaurant could be set to open in a long-vacant property right on the heart of Limerick city’s main thoroughfare.

Dunnes Stores, which closed its O’Connell Street store back in 2008, is seeking planning permission from Limerick City and County Council to change the use of the unit to a licensed restaurant.

The news has been welcomed by Helen O’Donnell, Limerick Tidy Towns, who said the filling of that premises is “long overdue”.

In documents supplied to the planning authority, Dunnes Stores (Limerick) states that although it currently does not have a confirmed tenant, it is marketing the property as a “family friendly” outlet.

It names Nando’s, Eddie Rockets, KFC, Milano’s and burger chain Five Guys as examples. And it predicts up to 40 new jobs will be created in a mix of full-and-part-time staff.

The store has lain idle for almost a decade, and Dunnes Stores added: “It presently contributes little by way by vitality, vibrancy or viability to O’Connell Street. Thus, the reuse of this vacant property as a family friendly restaurant will introduce a complementary leisure use to the area and will bring new life to the building’s front facade.”

Ms O’Donnell said she would hope any restaurant taking space is “high-end”.

“We are well-supplied with restaurants and particularly fast-food restaurants. One would question having another establishment of that nature in the city. There are two sides to this: you want that building filled, but you want it filled appropriately. I think Limerick needs very smart eateries.

“We’re well-supplied in the middle-range, but unfortunately there is a very limited supply at the other end,” she said.

The Tidy Towns chair, who also represents the City Business Association, warned before new restaurants are introduced into the city’s, more jobs need to come into the urban area.

”We need people on the streets to sustain the amount of restaurants,” Ms O’Donnell said.

She also said Dunnes other former unit, a landmark building in Sarsfield Street, needs to be filled.

“Every week, one of my Tidy Towns volunteers cleans around that building. I cannot understand why it remains empty. I wish they’d do something with it,” Ms O’Donnell added.

Limerick City and County Council is expected to decide on the application on or before Wednesday, October 18.