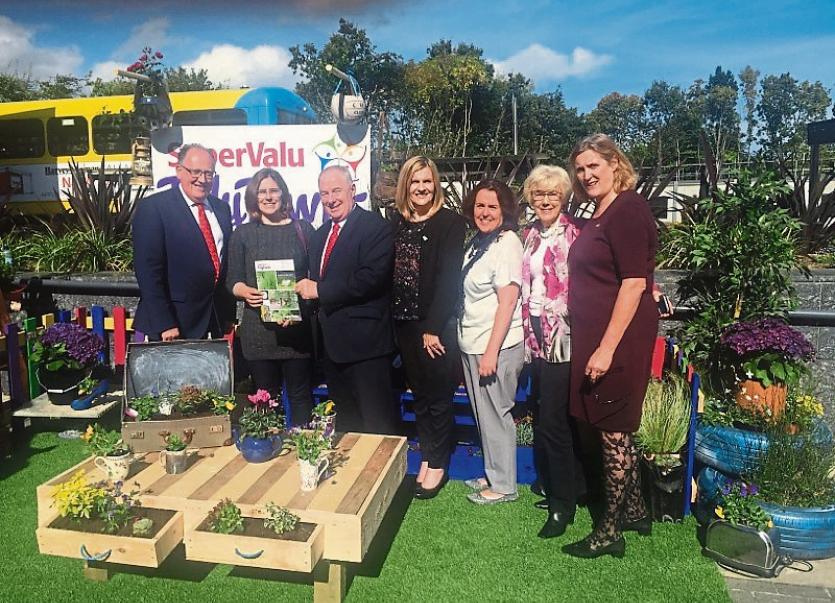 THE Limerick Tidy Towns group’s efforts to keep the city looking its best have been recognised with a bronze medal at a national ceremony.

A group travelled from the city to Dublin for this year’s Supervalu National Tidy Towns awards event, which took place at the Helix Theatre in Dublin.

And they were delighted as they came away with a bronze medal from the contest.​

Helen O’Donnell, who chairs Limerick City Tidy Towns, admitted they did not expect to be in the winners’ enclosure.

“This is especially gratifying having come on the back of our nomination in the large towns category of "Ireland’s Best Kept Towns" earlier this year.  We expected that to be the highlight of the group’s achievements in 2017, so were pleasantly surprised to receive the invitation to the national awards.

"We are thrilled to receive this bronze model on behalf of the city, and especially all our dedicated volunteers who have worked tirelessly over the past six years”.

“It is hopefully just the first of many awards to come to Limerick City Tidy Towns Group. I am very proud of all our volunteers and their dedication, most of whom have full-time jobs and do this in their spare time, and it would be great to see our numbers added to for the 2018 campaign.

"We take great pride in our beautiful city and hope that this is just the beginning of a great future for not just our group, but Limerick city as a whole,” she told the Limerick Leader from Dublin.

Meanwhile, there was further good news for Limerick, with the county village of Adare taking a silver award.

And the village of Birdhill won the overall title.

Located just over the county boundary, the Tipperary village was named Ireland’s Tidiest Town for 2017. There was double delight in the area, with Birdhill also holding onto its tidiest village title won in 2016.