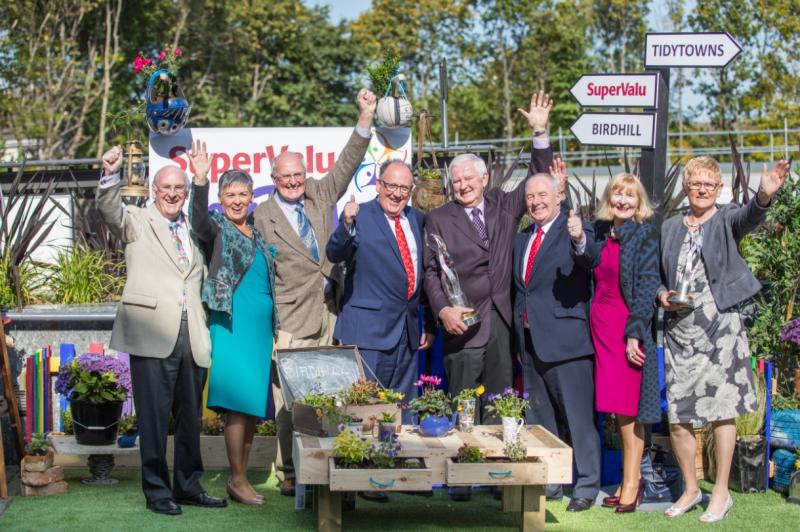 BIRDHILL has been named the overall winner in the 2017 Tidy Towns competition, it has been announced.

The village, located just over the Limerick county bounds, was named Ireland’s Tidiest Town for 2017 at a ceremony in Dublin this Monday.

It is always difficult to win two years in a row – as any sports team will tell you – but Birdhill Tidy Towns have gone one better!

It has retained its 2016 Ireland's tidiest village title as well as taking the overall award.

The announcement was made at today's national ceremony in The Helix in Dublin.

The village beat off a record 870 towns and villages throughout the country that entered the SuperValu-backed National Tidy Towns competition.

Minister Ring said: “This is a fantastic achievement for Birdhill; a really worthy winner. Three other Tipperary villages have won this award, but it is the first time for Birdhill.

"The village has consistently entered the competition since 1991 and in the intervening years have steadily concentrated on all aspects of the SuperValu Tidy Towns competition and today, all that effort has paid off.

"Tidy Towns is an excellent example of community volunteering and building strong links which enables citizens to have a say in how their community develops," he added.

Denis Floyd, who has been with Birdhill Tidy Towns for over a quarter of a century, says there is no secret to their success.

“It’s work, plenty of hard work and getting people involved is the big thing as it is becoming more difficult,” said Denis.

They do daily litter patrols and sometimes even twice a day.

On hand to present the prizes was Rural and Community Development Minister Michael Ring and Martin Kelleher, managing director of SuperValu.

Follow Limerickleader.ie and weekend editions for the scores of all local villages and towns.