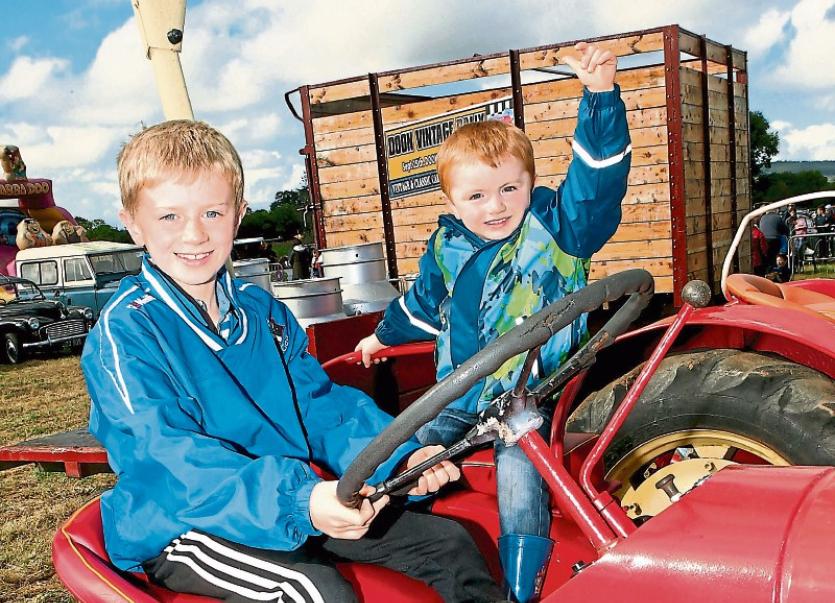 THE PLOUGHING Championships isn’t the only event taking place in a field this week as Doon hosts its vintage show in the village on Sunday, September 24.

Organised by the Irish Rovers Club, there will be a vast array of classic cars, bikes, tractors and engines for enthusiasts to enjoy. But all ages will be catered for during the family fun day. It features face painting, bouncy castles, go karting, obstacle courses and old style games.

“There will be sports, games, CJ Kickham Brass and Reed band, dancers from Cappamore, the dog show and lot’s more,” said Tom, who stresses it is not just an event for petrol heads.

“It’s more of a family day out,” he said. As its name suggests the event is a celebration of the old, married with the new.

They encourage as many crafts people as possible to demonstrate their skills to the public - jewellery making, butter churning, blacksmithing, needlework, sliothar sewing and basket weaving.

“It is a celebration of old traditions,” said Tom.

A great day is guaranteed at the last major outdoor show of 2017 in County Limerick.

On behalf of the Irish Rovers, Tom wishes to thank local landowners for the use of their adjacent fields and welcome everyone to Doon

And the fun doesn’t stop there in Doon as on the following weekend – September 29 to October 1 – the Paddy Dakar is on. The brilliantly named event is Doon’s take on the famous Paris Dakar rally. It is an on and off-road adventure motorcycle orienteering event which has been held in Doon for the last eight years. It has grown from 20 riders to over 200. All proceeds after expenses go to local causes.

It has been a huge boon to the local economy as it attracts motorcyclists from all over Ireland and abroad. They are welcomed with open arms. Organisers even started the junior Dakar – children's bicycle trail - in 2014 and it proved a big hit. All the boys and girls need is a sturdy bike and protective gear. See the Paddy Dakar Facebook page for more.