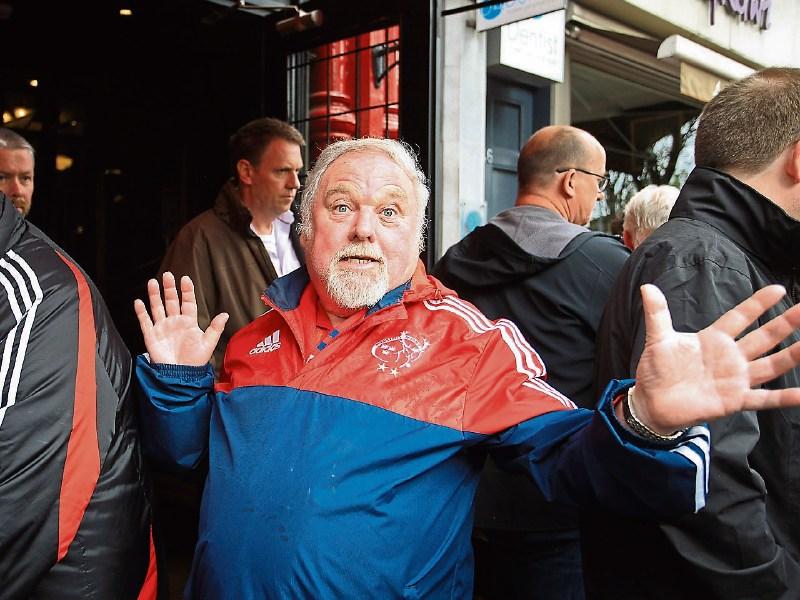 TG4, which broadcasts almost exclusively in the Irish language, shows a number of sporting events throughout the year, including Munster’s Pro-14 matches and secondary GAA competitions.

Rugby highlights from the province’s European ties are also provided.

The channel followed Limerick’s run to the All Ireland under-21 title this year.

But Cllr Gilligan believes it is unfair that its commentary is only available in Irish – and wants the broadcaster to provide an interactive option giving simultaneous English commentary.

“We deserve the right to have the game in English – so at least we can understand it,” the outspoken councillor said.

His comments sparked a furious reaction from Sinn Fein MEP Liadh Ni Riada, a former producer on the channel, who said providing English commentary on TG4 would be “like giving out a Fruit and Nut bar but taking out the fruit and nuts and just having the bar.”

But the Independent member pointed out that RTE’s broadcast of the All-Ireland hurling and football finals contained an ‘red button’ option to listen to the commentary in Irish as well as English.

“The vast majority of people would watch it in English,” he said.

The northside councillor, a lifelong Munster fan, says it is unfair to have fans watching the province with commentary as Gaeilge.

“Rugby is a far more complicated game than almost anything else. It’s very difficult to understand even when you’re looking at it in Thomond Park. When you’re watching it on television and you’re getting a commentary in Irish which you don’t understand, you get totally lost with what is happening,” he said.

“We want the same consideration which is given to the Irish speakers in a GAA match. I want to be able to press an interactive option and have the commentary in English for all the guby matches on TG4,” Cllr Gilligan added.

But Ms Ni Riada said: “Telefis Na Gaeilge – the clue is in the title. It’s an Irish languafge station and the minute you start diluting it to become an English language station, you’re not giving it anything unique. You’re not servicing Irish speakers, which is the raison d’etre for it. I was there at the begining, I was on the board.

“The aspirations and philosophy were strictly to serve Irish speakers. If you’re just going to switch it to English, for God’s sake, what is the point?”

Cllr Ó Ceallaigh added: “I’d like to see more Irish language incvluded on other stations. We cannot just be throwing everything to do with Irish onto TG4”.