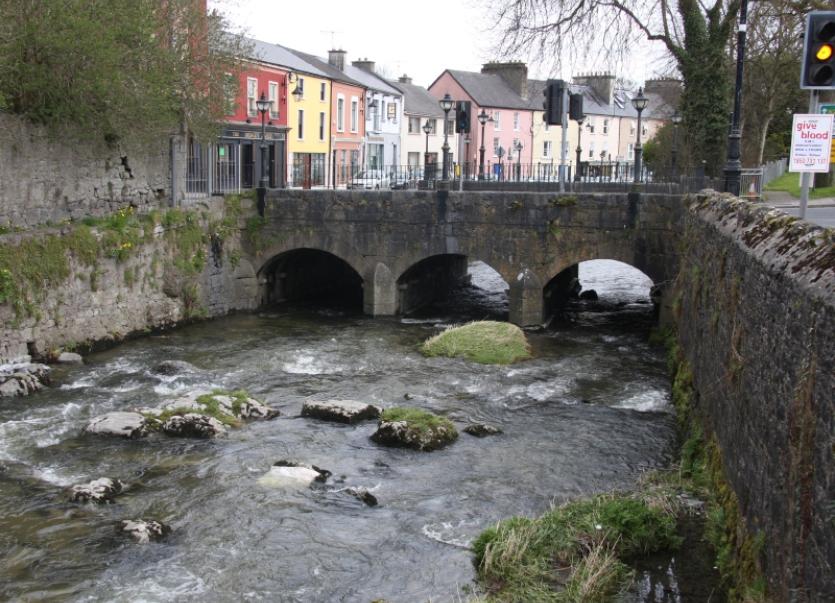 After some years in the making, the plan for Newcastle West was finally launched this Friday morning

LEAVE the moaners and the pessimists behind and concentrate on the positive was the message from Minister of State, Patrick O’Donovan at the launch of a plan for Newcastle West entitled Vision 2023.

“There is far too much negativity,” he said. “Block them out and leave them behind.”

And his comments made clear he had no time for those he called the “keyboard warriors” whose only contribution was to go on social media and criticise others.

Newcastle West, he said, was a great town and the new plan would contribute to making it an even greater town to live, work, grow up in and do business in.

The plan, he argued, was about community and about people.

“There is something in this that will enhance the quality of life for everybody,” he declared.

Already a key recommendation of the plan, the setting up of a Development Association to act as a single, representative body for all the groups and organisations in the town, has been established with Michael Finucane as chair.

Introducing the plan, he said: “It is not set in tablets of stone. We can modify it as we go on but we are determined to succeed.”

Paddy Fullam, president of the Chamber of Commerce and now secretary of the Development Association said an amount of work had gone into the drawing up of the  plan but “now is when the hard slog begins”.

“We need to be up for the challenge,” he said and a meitheal approach, rather than the involvement of a few, was vital. Three things were needed to succeed, he said: unity of purpose, clarity of focus and a positive approach.

The plan, said Cllr Michael Collins, Cathaoirleach of Newcastle West Municipal District, was a blueprint which would allow the town to grow and prosper and was a “golden opportunity to focus on what is best for this town” in an organised and focused way.

“There are very exciting times ahead. Let’s get on with the job,” he said.

The plan includes short, medium and long-term objectives across a range of headings. Among the recommendations are an audit of the town, to look at the mix and gaps in retail and services as well as developing a new brand identity for the town, along with  a new website and a social media plan.

The plan calls for town centre regeneration through developing the laneways along Maiden St and providing incentives for vacant and derelict buildings to be brought back into use. It also calls for a traffic management plan and an investigation into the impact of the proposed new Limerick to Foynes road on Newcastle West.

Other proposals include establishing a Traders Market in the Market Yard, runnning Saturday promotions and introducing a new loyalty scheme.

A free WiFi system for the town is also recommended along with a marketing plan. Enterprise could be encouraged through better broadband connections, establishing a food incubation unit and expanding the enterprise centre.

Director of Services, Gordon Daly said told the launch that a full-time council staff member would shortly be appointed to deal with derelict and vacant buildings in the town.

Newcastle West, Vision 2023, is available in the library and at the council office but can also be viewed on Limerick.ie, the council website.