Car Club: New pilot sharing scheme to be rolled out in Limerick 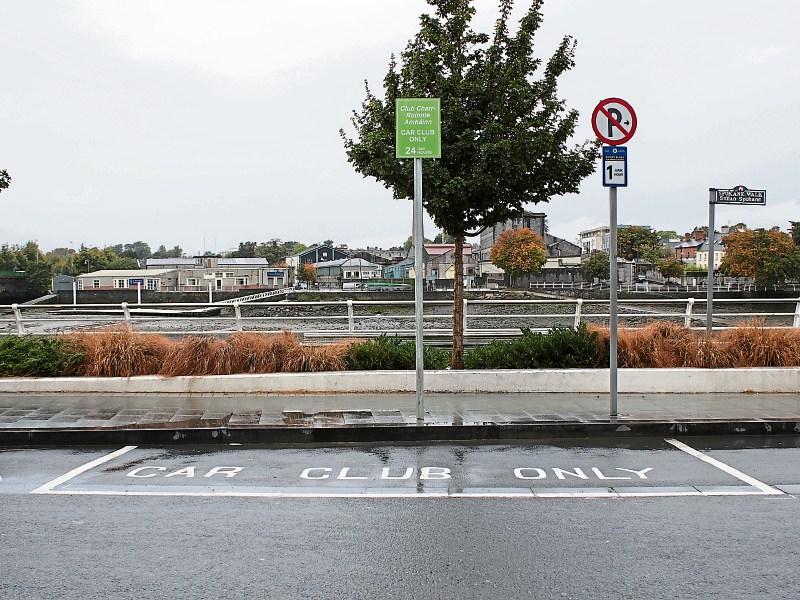 One of the new club car spaces Picture Michael Cowhey

LIMERICK City and County Council is to roll out a new pilot scheme which will see car sharing company GoCar being allowed to use a number of on-street car parking spaces across the city.

The company, which already has a presence at Colbert Station, is set to increase the number of cars it has available in Limerick as part of the initiative which will be reviewed early next year.

Six existing on–street spaces have been designated as ‘Car Club’ spaces by the local authority.

Instead of owning a car, customers who register with GoCar (or any carshare company) can book a car through a smartphone app when needed for an agreed hourly fee.

Once booked, the car is then collected by the customer from a designated point before later being returned.

Colm Brady, managing director of GoCar says he’s delighted to be expanding its service in Limerick.

“We are delighted to mark European Mobility Week with the announcement of GoCar’s expansion across Ireland and in Limerick - a significant milestone for the company as we approach our 10th anniversary next year,” he said.

Miriam O’Donoghue of Limerick Smarter Travel has also welcomed the roll out of the pilot initiative.

“Limerick City and County Council and Limerick Smarter Travel welcomes the roll out of GoCar as part of a Pilot Car Club in the city as it meets a commitment to promote sustainable travel in a real way moving forward. Carsharing will reduce the number of cars on the road, as well as traffic congestion, noise and air pollution,” she said.