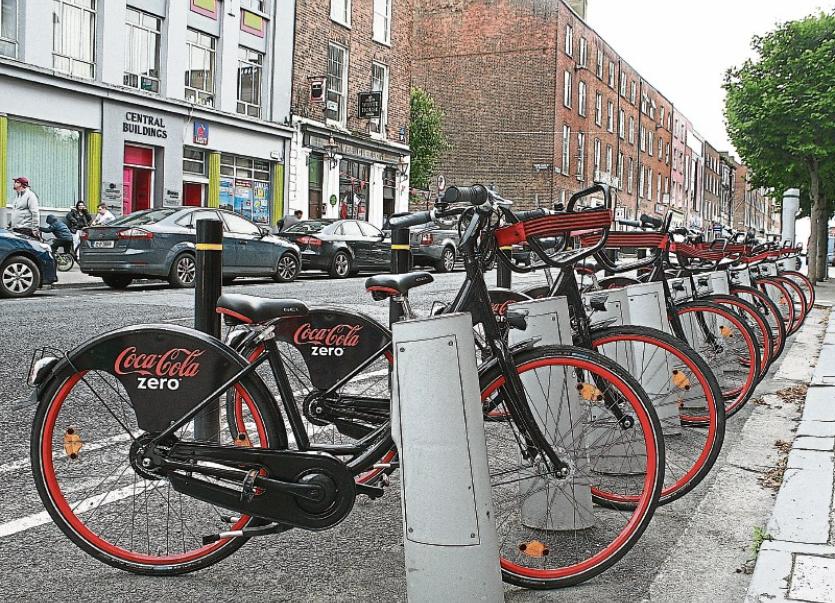 THE hugely successful Limerick bike share scheme is to be expanded with the addition of two new stations early next year, it has been confirmed.

The National Transport Authority (NTA) has approved the installation of additional stations at Limerick Institute of Technology (LIT) and near the junction of Sexton Street and High Street in the city centre.

Briefing members of the Metropolitan District this week, Vincent Murray, senior executive engineer with Limerick City and County Council, said it is hoped the new stations will be operational early next year.

Replying to a motion submitted by Cllr Cian Prendiville calling for an expansion of the bike share scheme, he added that a new bike station at Colbert Station will be operational before the end of this year and that works to repair the station at King John’s Castle are also to be carried out.

That station has been closed for several months after it was vandalised.

At present there are almost 3,000 registered users of the scheme in Limerick which includes 23 stations and 215 Coke-Zero bikes,

Mr Murray confirmed it is hoped the scheme, which launched in late 2014, can be extended further over the coming years.

He said discussions are ongoing with a view to installing additional bike stations in areas such as County Hall, University of Limerick, University Hospital Limerick and Corbally.

“In recent years, we have seen a very positive trend, with more and more people cycling to college and to work, and I have no doubt that the bike share schemes like the one here in Limerick have played a significant role in making that happen. The scheme has been very successful and we want to build on this success by improving services and expanding the number of locations served,” said Anne Graham, CEO of the National Transport Authority at an event at Mary Immaculate Colleg last week.

The bike share scheme is operated by An Rothar Nua on behalf of the NTA.