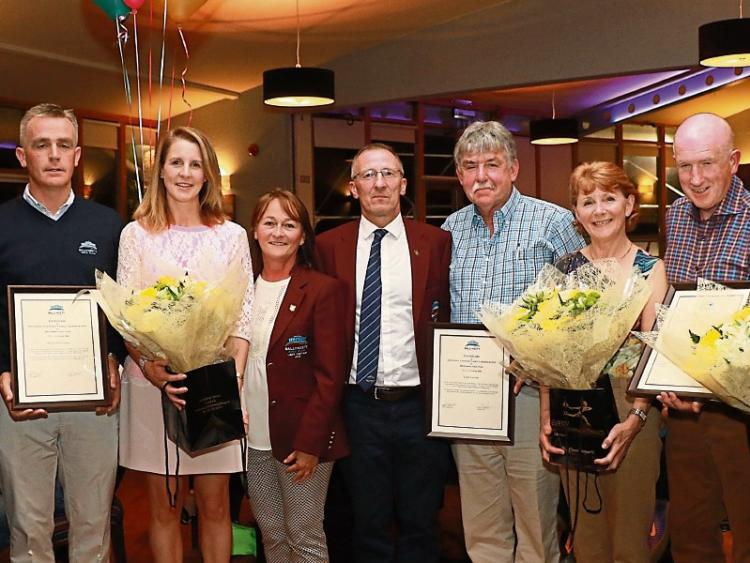 WHAT has been described as “a magical event” took place in Ballyneety Golf Club when members gathered to celebrate the buy-out of the golf facility from the investors thus making it a members’ owned golf club.

The journey leading to the purchase has taken four years from the time Limerick County went into liquidation in 2011 until Ballyneety Golf Club made the final payment last month.

Liam Lawlor, general manager of the club, thanked the huge crowd present at Saturday night’s event along with the club's sponsors, their families and friends. He thanked the current and past captains and presidents and all the members together with those who work for the club in a voluntary capacity.

Mr Lawlor also expressed his gratitude to those who are employed in Ballyneety Golf Club – the office, course, restaurant, driving range and golf shop.

He paid special tribute to Hugh and Finola O’Donnell for their involvement and support in steering the club’s buy-out initiative, ‘Project 2016’.

The highlight of the evening was the conferring of the Founding Fathers’ Family membership of Ballyneety Golf Club on Donal McSweeney, Minie O’Brien and Liam Lawlor as it was through their vision and dedication that the mission of restoring Ballyneety Golf Club was achieved.

Donal thanked the membership on behalf of himself, Minie and Liam, acknowledging that they were delighted that the families were included “as Ballyneety Golf Club is all about family and community”. Those in attendance enjoyed a barbecue, and music throughout the rest of the evening.