Limerickman in bid to cycle around the world 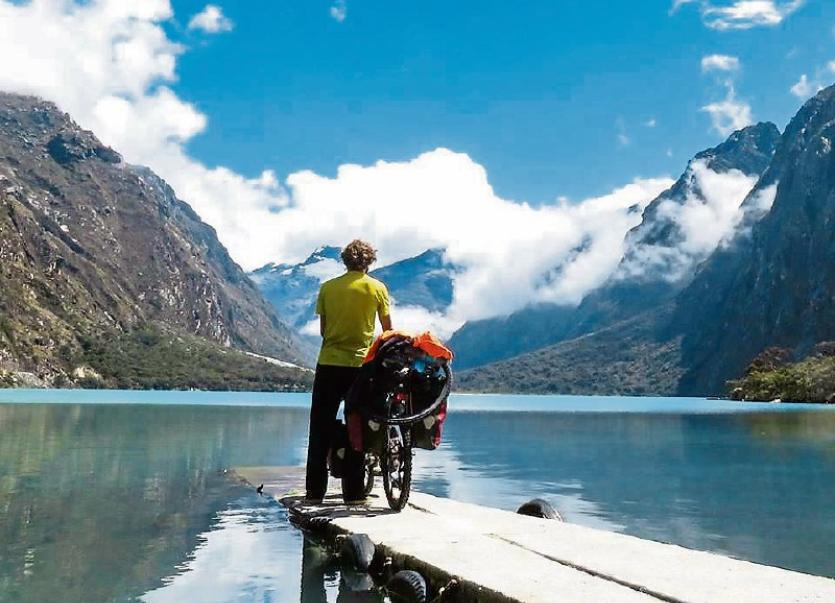 SETTING sail in January 2015, at the tender age of 24, adventurer William Bennett has cycled through forty-six countries during his epic around the world attempt.

The Caherdavin native, now aged 27, has been on the road for two years and eight months, covering over 48,300 kilometres so far.

Currently in Zambia and looking forward to returning to Limerick in time to see his friends and family for Christmas, William explained his motives behind his decision to take on the trip.

"I've always had an intense love of travel and knew that at some stage in my life I wanted to take off for an extended period of time and really see the world.

"I really wanted to see these countries for myself, sampling each and every culture, doing my best to understand them and then forming my own opinions," explained Mr Bennett.

William's attempt has provided many up and downs along the way but the Limerick man has spoken about his desire to continue his once in a lifetime adventure following the many positive experiences he has encountered in his first nine hundred and fifty days of the trip.

"Without a doubt, the biggest positive has been the realisation that the vast majority of the world isn't such a mean and nasty place.

"Without exception, in every single country I've passed through, I've been met with some act of generosity or hospitality.

"Whether this was the countless people in Iran who would invite me for lunch in their homes, the farmer in Turkmenistan who invited me to sleep in his house after getting caught out cycling in the dark or the soldiers in Tajikistan who arrived at my tent one night to give me food.

"No matter what country or continent I'm on, I've been welcomed with some truly astounding hospitality and although there have been some hiccups along the way, I can safely say that 99% of the people I have encountered have been genuinely decent folk," he added.

Despite his modest outlook towards his attempt, Bennett has a sense a pride in his achievement so far, hoping to cycle across fifty-eight countries in the entire journey before making his way back to his hometown in December.

"It certainly took a lot of hard work to set off on this trip (five long years of planning and saving) and it has taken a huge amount of motivation at times to keep going after robberies, injuries and broken bicycle parts.

"So, inevitably I am slightly proud of myself with what I have pulled off. At the same time however, I think it is important to mention that there are other people out there doing far more impressive things, for instance there are guys uni-cycling or walking around the world.

“Even in the countries I am passing through, there are people out working the fields by hand or cycling with immense loads from village to village, all day from dawn to dusk, doing tasks that are so much harder than what I do day in day out," said Mr Bennett during a well-deserved layover in Tanzania.