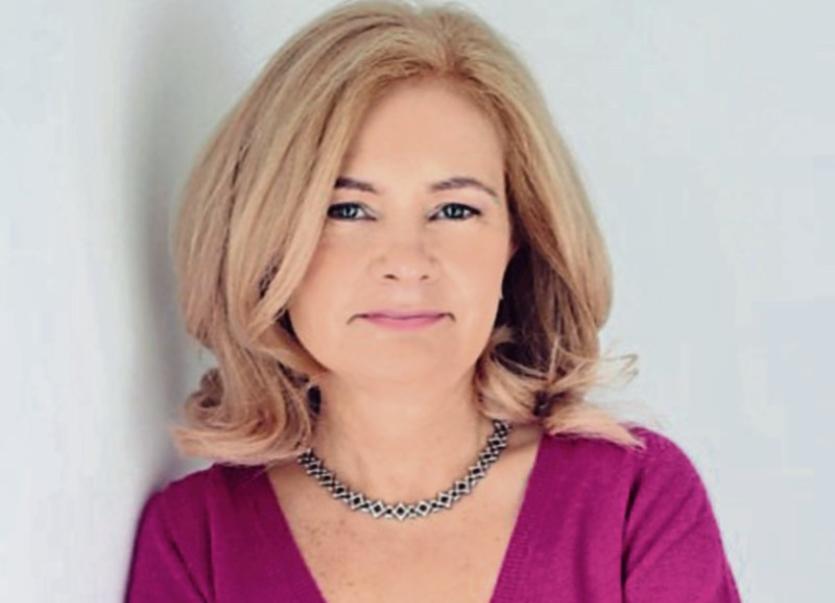 Limerick’s Judi Curtin sees her 25th book, Stand By Me, hit the shelves this week. It’s a moment she says she never expected to achieve, following her whirlwind success in children’s literature.

The lilac book, adorned with colourful, doodly illustrations, is the second in a series about best friends Molly and Beth, as they again travel back in time. A record player and a pair of groovy Lennon-esque sunglasses on the cover give a hint to what lies ahead – or behind – for the friends.

Judi, who lives in Limerick city, is well-loved for her tales of female friendship and discovery. Her Alice and Megan series catapulted her into every children’s library in Ireland – and many around the world. After that, fans stuck around and their hearts were captured by Eva.

“I’ve written a few time-travel books,” said Judi. “It’s just me, I’d love to go back and see things, first of all that I’ve never experienced... But also to go back to times that you have experienced – you might think, ‘I’d like to do that again’.

“I play around with those ideas in the books. And you have to deal with the issue that if you go back, can you actually change what you’ve done already…” she mused.

Judi likes experimenting with those themes and ideas, and a lot of research often goes into her accurate portrayals of times gone by, whether it’s a voyage to Ancient Rome or more recent decades.

“It’s great fun with the settings. My previous one, Time After Time, was partially set in the 1980s, and I had a lot of fun with that, I remember the 1980s very well. This time, it’s the 1960s, which I don’t have many clear memories of, so I had to rely more on research for this one,” she said.

“This is Molly and Beth’s second outing. There are a few new characters in it. There’s a great-uncle called Graham, and I like making quirky, older people – people who just don’t act the way people expect them to act,” she said.

“I’m always reluctant, when I come up with characters, to leave them too quickly. It’s something I’ll be deciding over the next weeks and months, whether or not I’ll write a third outing for Molly and Beth. But I’d say, if you were a betting person, the chances might be kind of good,” she hinted – good news for fans of Judi’s newest duo.

Mother-of-three Judi was teaching and raising her family when she was dreaming about a writing career.

“I came to writing later. I always kind of thought it was something I’d do in the future. When I started, I never had any prospects that it would turn out the way it did, or never any great hope that one day I’d be publishing my 25th book – that was an ambitious dream!

“I usually would work in the daytime, when my house is empty and I have space. But (the children) have all grown and left, so I can’t blame them now for stopping me from writing!”

Judi can’t say precisely how long each book takes, but after her ideas are nailed down, she estimates that a draft would take three or four months.

“Then there’s a lot of work that goes into the editing and tidying up. I’ve a wonderful editor who would point out things that I could be looking at for 100 years and not spot. It’s a joint effort,” she said.

“I think nowadays, so many people are self-publishing, and self-publishing can be great. But I think if people don’t get somebody else in to edit their work, it’s unlikely to be great. All the best authors will always say that their editors play a huge part in their work.

“I think it would be very naive to say you could edit your own work and make it as good as it can be. You just can’t judge something when you’re really close to it yourself. Whether you’re self-published or traditionally published, I think an editor is key.”

Stand By Me was finished off before the summer, so the celebrated author enjoyed a break in the warmer months.

“I sometimes would take a few months off after a book. I’ll put my head down again next week, and hopefully come up with another idea. It’s my only job, but I wouldn’t say I do full-time writing – I do a lot of library tours and school visits as well.”

There are a thousand variations on the way that writers thrash out their ideas. Notebooks, storyboards, and character profiles are all methods used by authors to get a sense of where they are going before they start. But for Judi, it’s all in the head.

“I come up with one character and I think about what she or he is like, and then I kind of feel I know them in my head before I ever start writing. I can change my mind about what a character is like, and also characters can change. People can change over the course of a book or a series of books, and change as a result of experience.”

The struggle for new authors to get a publishing house to take a risk with their book is also something Judi dealt with in her early years of writing.

“For my first book, I had countless rejections and I gave up several times. It was only my second book that I eventually found a publisher for. The first one I couldn’t publish at all, even though I did later publish it. It was not easy, and unfortunately I believe it’s gotten harder,” she said.

“A lot of the writers who are coming in now are coming with some kind of celebrity status, which is fine, but it’s a bit harder for people who don’t have that to break in. Because there are so many big big books that make a lot of money for publishers, they are not always willing to take a risk on something a bit different. That can be difficult. I know people who have written wonderful books and they just can’t get published, and that’s terrible.

“I do have a lot of sympathy for people who are now starting out because lots of good stuff is not being discovered. There are still no guarantees, and I have written books over the last couple of years that haven’t been published. But I know I have a fair chance of being published when I write something now, whereas if you’re just starting out, you don’t really have that.”

But Judi was positive, and she encouraged all aspiring writers to take the leap – with the help of an agent, if you can get one. Conferences for writers on the industry are also a huge help, she said.

“Just go for it. Be tenacious. You can come from nowhere. I would hate people to think that you have to be a celebrity or have some amazing backstory… Lots of people do make it through, so certainly I wouldn’t give up lightly,” she added.

Stand By Me, published by O’Brien Press, is recommended for children of 10 plus.