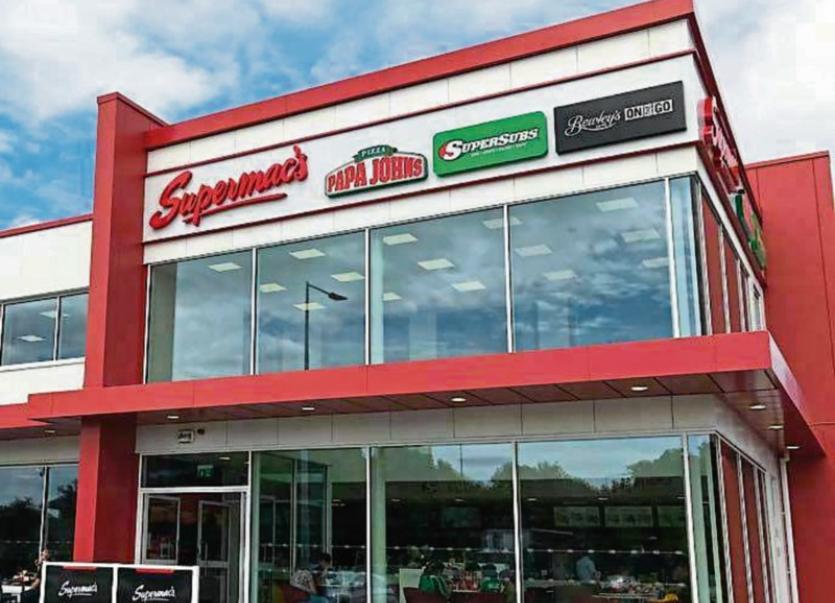 Supermacs is to appeal the decision to An Bord Pleanala

THERE was strong reaction and a flurry of social media comment in Newcastle West this week following the Limerick Leader report that Supermacs had been refused planning permission for a petrol station, shop and food court on the outskirts of town.

Limerick City and County Council refused planning permission to Atlantic Enterprises Ltd, whose directors are Pat and Una McDonagh, who are also the directors of Supermacs Ireland Ltd

The online debate involved dozens of people on the Newcastle West Solutions  page and raged on for four days.

Opinions were strong and strongly vented, with the majority of posts giving out because there had been objections lodged to  the Supermacs proposal.

“Supermacs is an Irish firm and Newcastle West should have one,” declared one post.  Others were angry that the jobs potential of Supermacs would be lost.

It was self-preservation, declared one contributor. “People only care about their own back-pockets,” wrote another. “The town is a disgrace when it comes to bringing employment opportunities,” declared yet another, while yet another post read: “So sad, as companies won’t even bother with Newcastle West if everything is objected to.”

Just two posts declared against the Supermac proposal. “Don’t bring Supermacs to town. The businesses we have need to stay in business”, declared one while another said there were enough chippers already in the town.

The Newcastle West Business Association came in for particular criticism in the online discussion. “It is not the first time they have objected to bringing business and jobs to Newcastle West,” one of the more direct posts declared.  But another writer pointed out that the Association “were not the only ones” to object.

This Wednesday,, Florence Flannigan, the acting chair of the Business Association put a lengthy response up on their website. It is a fact, she said, that out of town Barack Obama Plaza style developments “detract from the financial viability of town centres' and create a “doughnut” effect.

“We have seen this time and time again,” she said, stressing the Association “welcomes all businesses to the town centre to ensure continued growth and employment. There are more than enough vacant commercial units within the town centre for these companies to open their business ventures in.”

She urged people to read the reasons given by Limerick City and County Council for refusing planning permission.

One reason was that it would be "detrimental to the vitality and viability of the Town Centre" and contrary to the proper planning and sustainable development of the area.

The council also said the application was premature, as it included a proposal for a roundabout on the N21 when no decision has been made on where the distributor or by-pass road would begin.

“There should be a proper traffic management plan in place for the town centre,” Ms Flannigan argued.

“Instead of trying to take traffic away from entering the town centre we should be coming up with a constructive plan to bring these en route drivers into the town centre to enjoy and experience what we have to offer.”

Independent, town centre businesses are the back bone of our community, she said. They drive the local economy and their survival will determine whether Newcastle West “thrives or dives”.

They are the commerce that drives the local economy. We are job creators and our survival and the continued employment of our employees, determine whether Newcastle West and you, our community, thrives or dives, economically.”