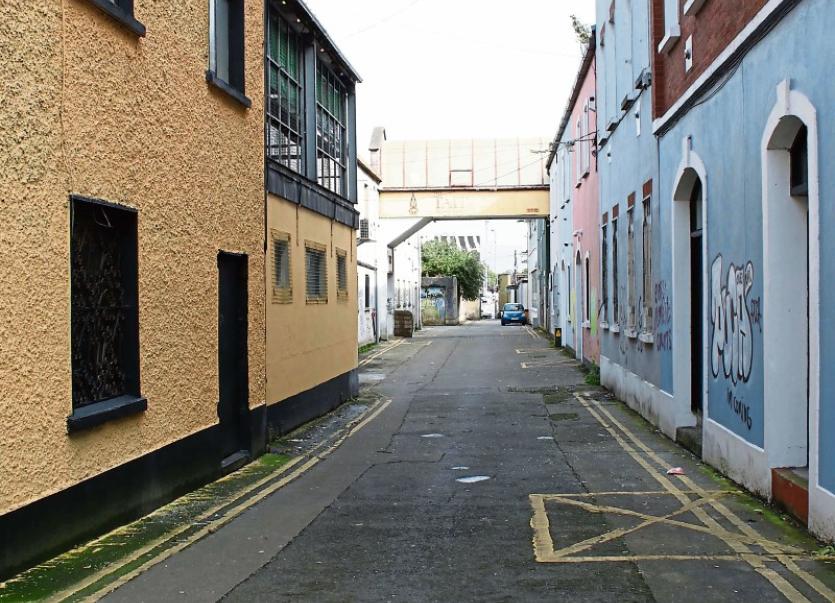 Hunts Lane, just off Parnell Street came in for criticism on the Ibal report

LIMERICK city centre is one of the dirtiest areas in Ireland, a new survey reveals this morning.

But there is worse news for Limerick, with the southside suburb of Galvone rock bottom. However, Thomondgate on the northside is higher up the league, in 16th place, and is considered ‘Clean to European Norms’.

Businesswoman Helen O’Donnell has admitted that she is now worried about what the results of the Tidy Towns will show about the city when they are release din a fortnight’s time.

She called for intervention from the council, saying: “Ibal are not making this up. It’s a fact, and we need to face up to this. I think the local authority has a case to answer in terms of the number of personnel it has out cleaning. We have lots of volunteers who are passionate about the city and it being clean. But they have full time jobs and are coming out in their free time.”

Ibal-appointed inspectors from An Taisce – who make unannounced visits to each town and city – criticised a number of litter “blackspots” in the city.

They identified Hunts Lane, off Parnell Street, plus Broad Street, a storage area beside a business in Denmark Street, plus basements in Lower Mallow Street.

Below Limerick in the league are Cork and Dublin’s north inner cities, while Tullamore, Co Offaly tops the pile.