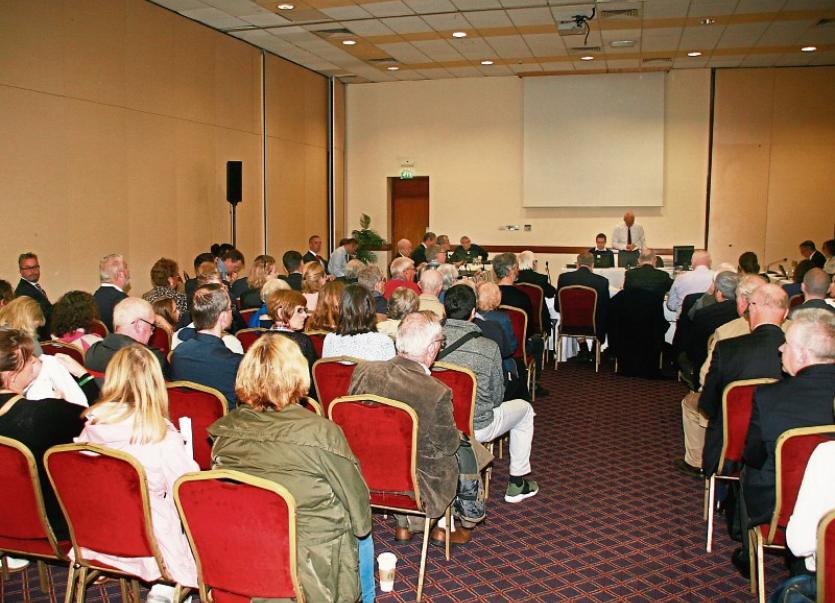 Witnesses make their case to An Bord Pleanala at the oral hearing into Cement's plans Picture: Adrian Butler

SIX witnesses will be called by Irish Cement this Tuesday to make their case to An Bord Pleanala at the oral hearing into their plan to use alternative fuels for energy at their plant at Mungret.

Their first witness, Brian Gilmore, pointed out that cement was the second most used substance on the planet after water. There are over 200 cement factories in Europe, he told the hearing, using over 10m tonnes of residual waste each year.

But he said, Limerick was now the only cement factory in Ireland that did not have permission to use alternative fuels.

Replacing fossil fuels at Mungret would not change the manufacturing process, he said. 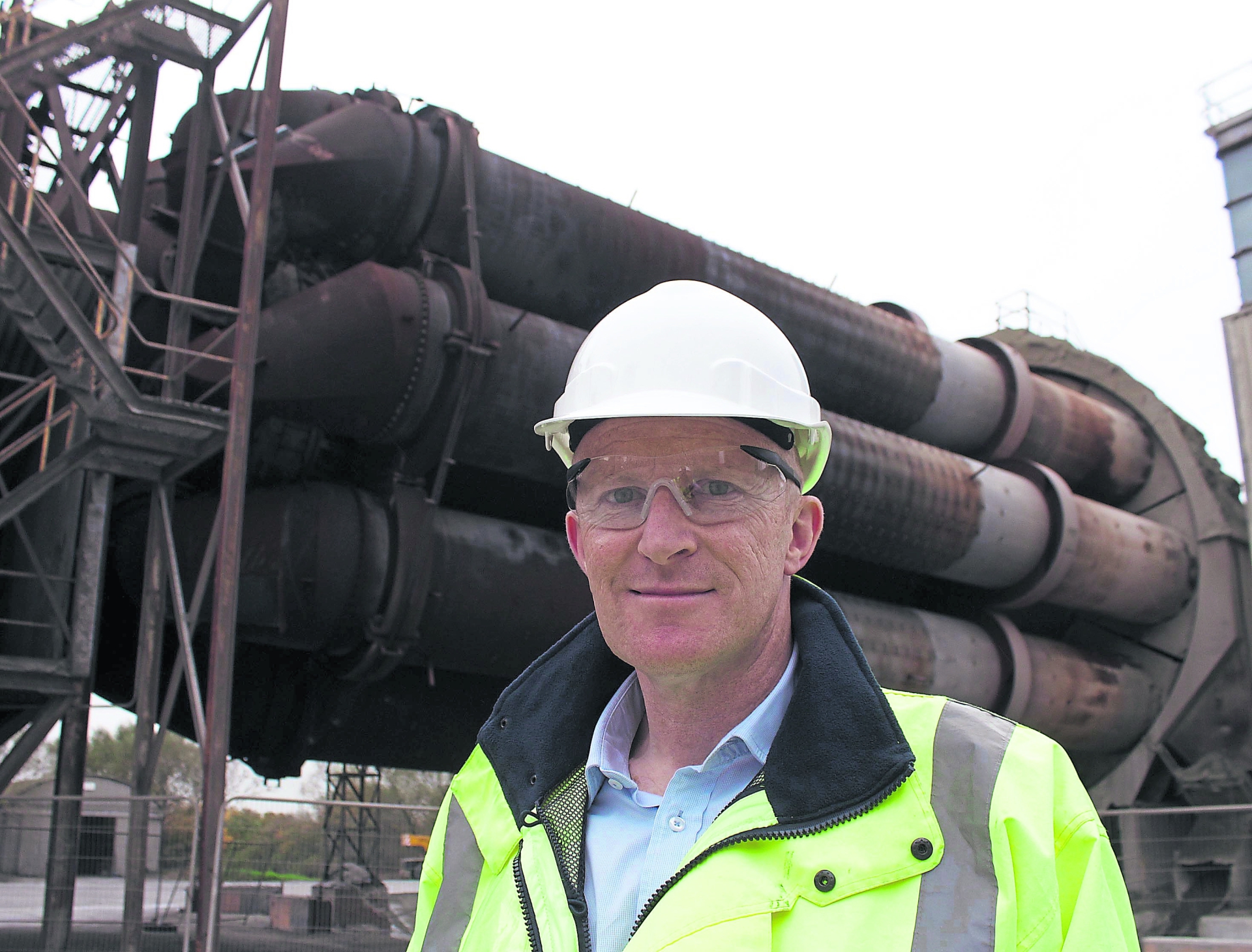 An incinerator needs to maximise the tonnage of waste accepted, he pointed out whereas cement production is linked to market demand.

“There is a direct link between cement production and fuel usage,” he said, stressing that this was key.

“The operating temperture is significantly higher inside a cement kilm. This is a fundamental feature of the process to allow for the 'melting' of the raw materials. The manufacturing process and higher temperatures of the cement kilm result in no ash being produced.”

Alternative fuels would be introduced gradually, one at a time, he said.

Regarding the burning of tyres, he said that in 2014, 12,688 tonnes of tyres were exported from Ireland. The Irish Cement proposal would mean that Ireland would become more self-sufficient for the treatment of end of life tyres, he pointed out and less dependent on imported fossil fuels.

He rejected the claim by Limerick against Pollution and others that 90,000 tonnes of tyres would be used each year.

The calculated heat value of this quantity of tyres, he said, would far exceed the required heat input at maximum cement production. In Germany, he explained, 221,000 tonnes of tyres were used by 54 different cement factories.

Tyres would be “just one of the fuels that could be used to replace fossil fuels.” 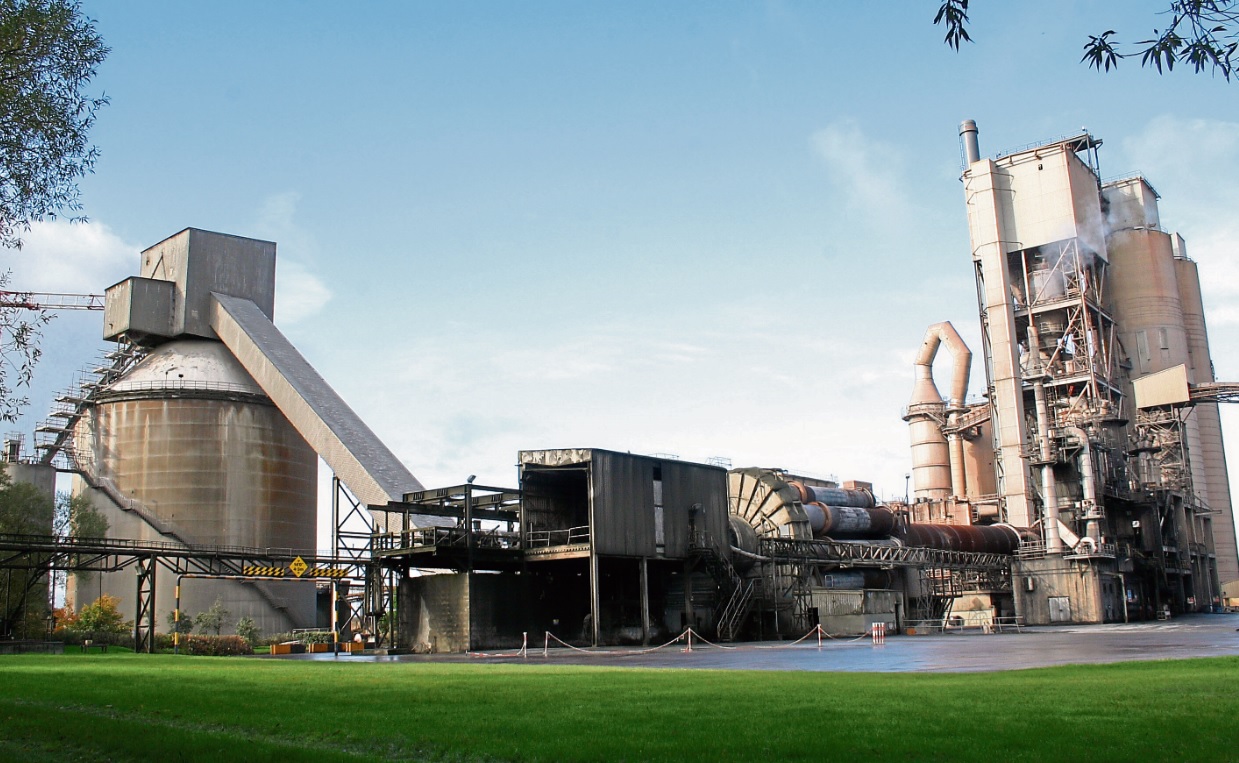 A direct benefit of their proposal, Mr Gilmore said, would be a reduction in carbon dioxide emissions. He also addressed a concern over mercury emissions.

Jarleth Fitzsimons, BL, for Irish Cement, pointed out to the inspector Michael Dillon that, with reference to licences, it was important to note where Bord Pleanala's jurisdiction in relation to emissions stops and that of the Environmental Protection Agency (EPA) begins.

The main legislation, he argued, suggests that while a planning authority “shall” take emissions into account, “control of emissions is a function of the EPA”.

“The Bord may not attach conditions which seek to control emissions,” he  said.

“There is a clear division of labour between the Bord and the EPA.”

The factory's emission licence was amended by the EPA in 2013, he said, to bring it into compliance with the EU Industrial Emissions Directive.

A second witness, Seamus Breen, said the EPA was now carrying out two separate reviews of the factory’s licences. On the issue of emissions, he said, no derogation for NOx (Nitrogen oxide) was being sought or contemplated.

He also dealt with complaints of dust and blow outs.

There were two accidental dust emissions from Mungret in 2006 and 2015, he said, but explained that at the time a cleaning port should not have been opened.

Site procedures have since been updated to prevent recurrence, he said.

He also dealt with dust complaints received in April and May this year, saying that, following investigation, Irish Cement did not find any operational source of dust similar to that of 2006 and 2015.

“The use of alternative raw materials will not increase the lieklihood of occurrence of dust emissions, which are regulated by the Industrial Emissions Licence,” Mr Breen said.

On the issue of noise, raised by objector Kevin Feeney, he said the proposed development would not change the process. An annual noise survey is carried out, he continued, in according with their EPA licence at three noise sensitive locations and the surveys are in compliance with permitted night time noise levels.

“It should be clearly stated,” Mr Breen added, “that neither the existing development nore the proposed development, has had, or will have, an impact on the Bunlicky Clayfield pond or the River Shannon.”

Mr Breen rejected as “unfounded” the contention made by some objectors that EPA site inspections were notified in advance.

“Finally and significantly,” Mr Breen said, “it should be noted that there is no link between the proposal to replace fossil fuels with alternative fuels and the incidents highlithed in relation to the existing development.”

All waste materials used would be sourced from licenced waste management contractors, he said, and would be stored on purpose-built silos on the site before being conveyed or pumped into the kiln for burning.

Only unpacking or debaling would take place on site.