Rising rents in Limerick city on a 'runaway path' 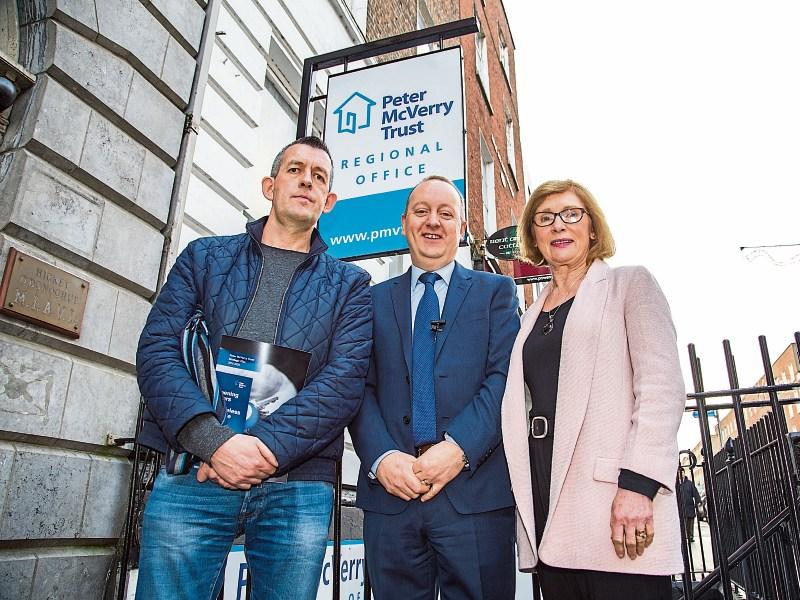 TD Maurice Quinlivan, Pat Doyle of the Peter McVerry Trust and Labour’s Jan O’Sullivan at the opening of the Trust’s offices in Limerick

THE homeless charity, the Peter McVerry Trust, has called on the Government to fund the building of affordable rental housing as the housing crisis in Limerick escalates.

Pat Doyle, chief executive of the housing and homeless charity, which has made a multi-million euro investment in Limerick, said the latest rental figures are “deeply worrying.”

Rents have risen in Limerick city by nearly 11 per cent in the last year, with the average rent now standing at €919, according to the latest report by the property website Daft.ie, published this week.

In county Limerick, rents were on average nearly nine per cent higher in the first three months of 2017 than a year previously. The average advertised rent in county Limerick is now €722, up 28% from its lowest point.

As a result, Mr Doyle said they expect that they will continue to see people who are unable to maintain or secure new rental accommodation ending up in homeless services.

“The rising cost of rent is the main source of new homeless cases, and our worry is that we will see even more households losing their homes as the situation worsens.”

“Unfortunately, rising rents also make our job of finding homes more difficult. At the moment we don’t have enough social housing so we are overly reliant on the private rental sector. If rents continue on their runaway path, and alternative affordable supply is not forthcoming, then we cannot secure homes for people to move out of homeless services,” he said.

He added that securing rental accommodation in Limerick was now “extremely challenging”.

Labour city councillor Joe Leddin has called on the council to make available details of all council owned land within the metropolitan area that is either zoned for residential development or suitable for the building of houses.

He said as the housing crisis continues to unfold week after week, the Government and Minister for Housing have to focus on resolving the lack of housing availability.