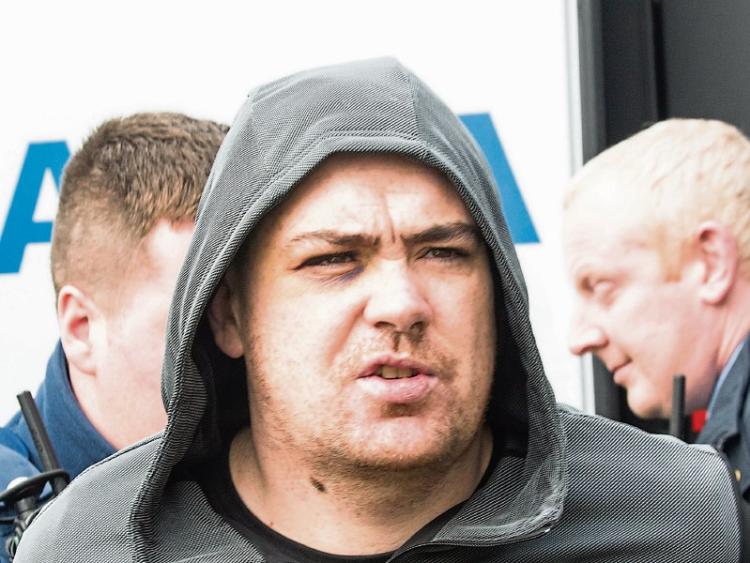 Ger Dundon is to face trial

A LIMERICK man is to face a Circuit Court trial on charges of possessing a pump-action sawn-off shotgun and endangering motorists during an alleged high-speed pursuit with gardai.

Ger Dundon, (30), with an address at Hyde Road, Limerick, is alleged to have had the shotgun in suspicious circumstances, at Main Street, Bruff on February 26 this year, contrary to Section 27 (A) of the Firearms Act 1964.

A person convicted of such an offence is liable on conviction on indictment to a maximum jail sentence of 14 years.

Mr Dundon, a father of three, also faces a charge of driving in a reckless manner that could pose a risk of death or serious harm to others.

It is alleged a car he was driving collided with another vehicle at high-speed at St Paul’s Roundabout, Ballinacurra Road, contrary to Section 13 of the Non Fatal Offences Against the Person Act.

This offence is also alleged to have occurred on February 26.

Mr Dundon appeared before Limerick District Court this Wednesday, and was served with a book of evidence on the two charges.

The Director of Public Prosecutions (DPP) has consented that Mr Dundon be sent forward for trial, the court heard.

In what is referred to as an “alibi warning”, Judge Marie Keane, presiding, informed Mr Dundon he had, as a matter of normal court practices, 14 days to provide gardai with details of any alibi witnesses that he intended to call upon in his trial.

Mr Dundon was granted free legal aid, and he was assigned one junior counsel and one senior counsel for his trial defence.