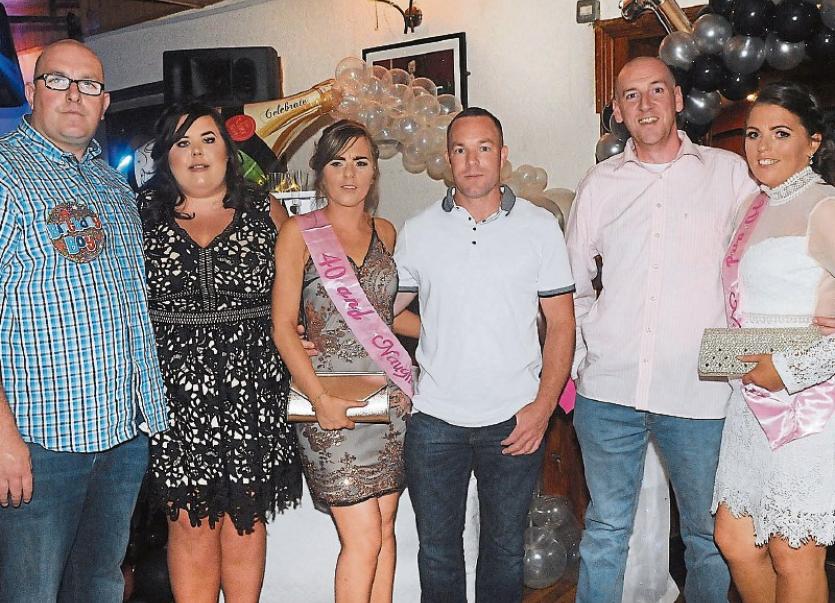 BEFORE they were born, four small incubators were lined up side by side in the Maternity Hospital on Limerick’s Ennis Road.

After watching them celebrate their 40th birthday last weekend in Janesboro, mum Mary Quinlan, from John Carew Park, recalled that there were no scans available at the hospital in 1977.

Instead, the mum of seven had an X-ray, which she added wouldn’t be permissible for health reasons today, and was told by doctors: “We can see three babies, but there could be four.” 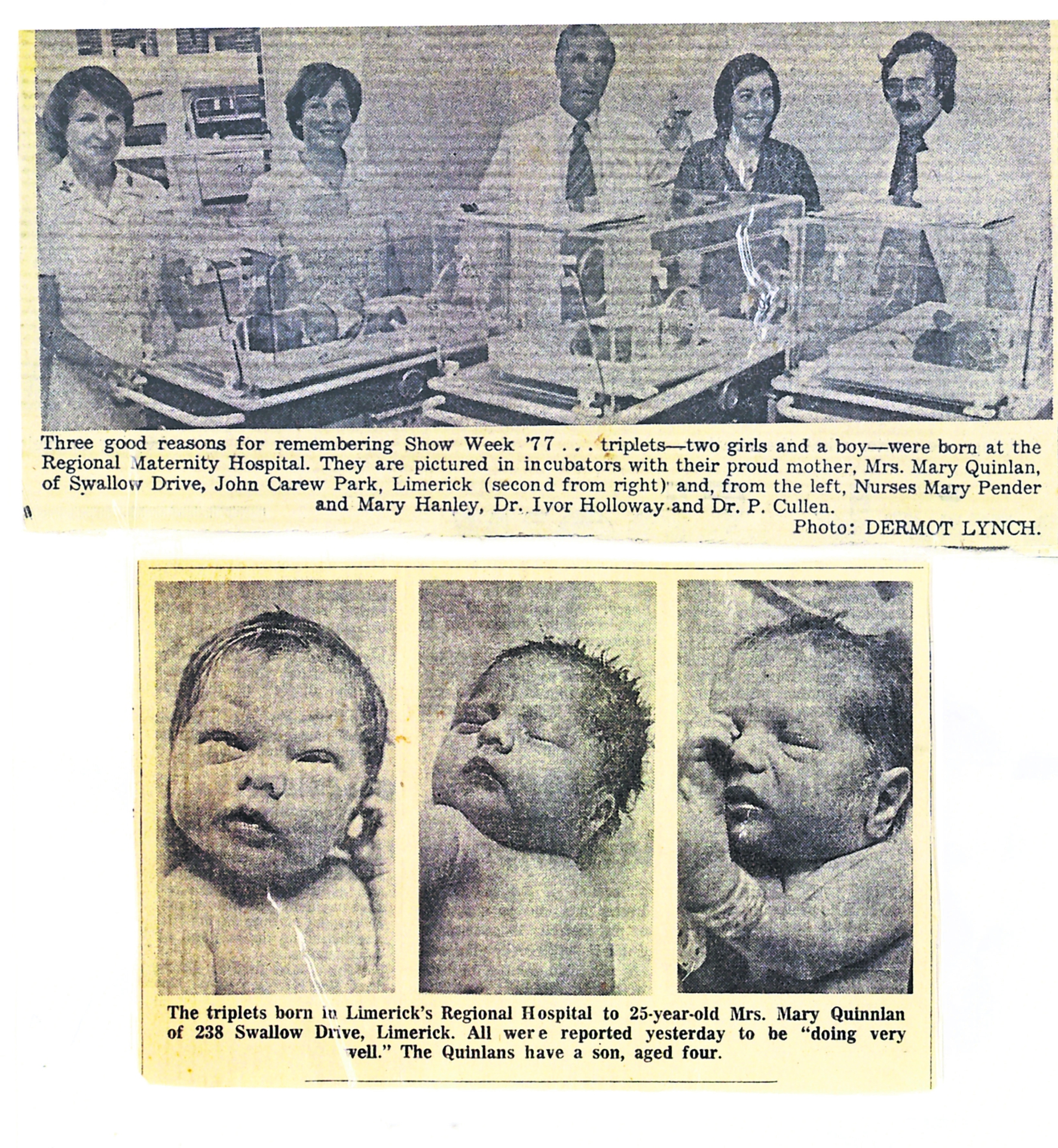 The fourth incubator wasn’t required, as it turned out, after Mary went into labour for just an hour and a half, before celebrating three small arrivals.

Maria arrived first into the world at 11am, weighing three pounds and eight ounces, followed by baby Catherine at 11.10am, at five pounds five ounces, and James, who arrived last at 11.15am, who was five pounds eight ounces.

All arrived naturally into the world, she said, with no epidural, and no C-section, just an oxygen mask.

“At the time when they were born it was unusual to have triplets,” she told the Limerick Leader.

“People were amazed at the time when I had them. It was hard at times, but we got there.”

Mary was living in a two-bed house in John Carew Park at the time, and already had one four-year-old child. Six months later, they managed to source a slightly bigger house in Carew Park, and three more children followed – with eight people in all in a modest three-bed home.

The main difficulty, she recalls, was the arduous task of having to continually wash nappies for her three bundles of joy.

“At that time there were towel nappies and no such thing as disposable nappies, so it was hard work, especially heading into the winter to deal with that, and getting them washed and dried. Sure, it’s all behind me now,” laughed the 65-year-old.

There were no twins or triplets or any multiple births known in the family before or since their arrival, but three has proved to the magic number of the Quinlan family.

Mary had three further children after they were born, and each of the triplets now has three children of their own. “They often say to me now, ‘Mam, how did you do it?  They know now, because they have their own families, and can see that it’s not easy. They were all healthy, thank God. They have always been very close and still are. The two girls have very similar personalities, and often they’d pick the same thing to wear, and then there would be war,” laughed the grandmother of 14.

“I’m really proud of them – of the way they turned out. They’ve been very good all their lives. They’ve never given me any trouble.”

Their arrival was documented by the Limerick Leader following their birth in August 1977, and ever since, their lives have been documented in print, with each passing milestone in their lives.