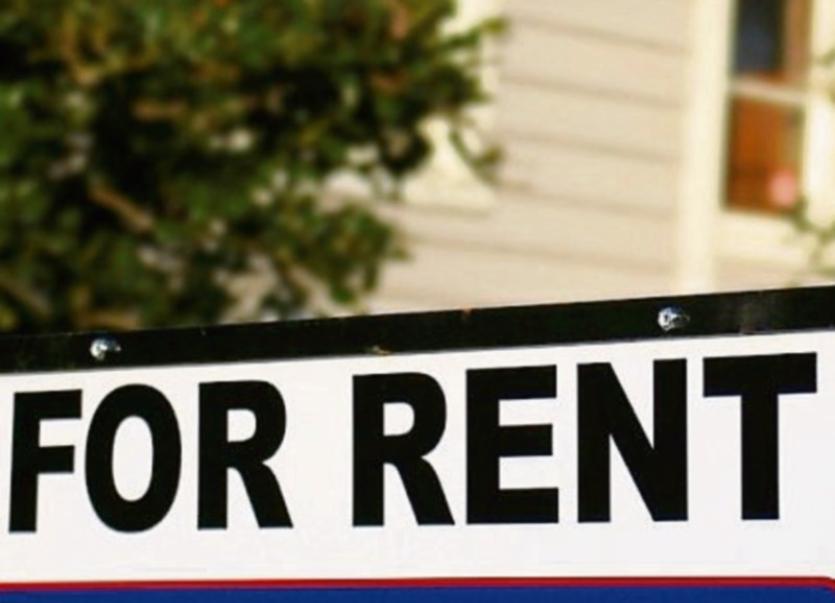 Rents in Limerick have 'skyrocketed' while supply has shrunk

RENTS have risen in Limerick city by nearly 11 per cent in the last year, with the average rent now standing at €919.

In county Limerick, rents were on average nearly nine per cent higher in the first three months of 2017 than a year previously.

The average advertised rent in county Limerick is now €722, up 28% from its lowest point.

The latest report from the property website, Daft.ie, shows that rents rose nationwide by an average of 11.8% in the year to June 2017.

Properties available to rent in Limerick are also at an all-time low, in line with the rest of the country.

The average monthly rent nationwide during the second quarter of 2017 was €1,159, the fifth quarter in a row a new all-time high has been set.

In Cork, rents rose by 6.8% in the year to June, the slowest rate of inflation since early 2014, while in Galway, rents were 10% higher than a year previously, the eleventh straight quarter of double-digit increases in the city. In Waterford the increase was 8.4%, and outside the cities, rents have risen by 11.9%.

There were just 2,930 properties available to rent nationwide on August 1.

This is the lowest number ever recorded and the first time ever that fewer than 3,000 homes were available to rent.

Ronan Lyons, economist at Trinity College Dublin and author of the report, said “in a market with such chronically deficient supply, it is therefore unsurprising to see rents reach a new high.”

“The rental market remains in severe distress due to a lack of supply and thus the appropriate policy response is to boost supply of all forms. This includes purpose-built student accommodation,” said Mr Lyons.

Sinn Fein deputy Maurice Quinlivan said that the “housing crisis is worsening and the State supports currently in place to help people struggling to pay for housing are being exceeded by skyrocketing rents.”

A report by the Simon Community has found that there was only one property available to rent in the city within the rent supplement limits.

Deputy Quinlivan said the report highlights the major gap that has developed between the levels of rent supplement and the rents that are been charged for property.

“It is becoming near impossible for families to get housing, even with the assistance of these payments. Only one property in Limerick City was available within the HAP/Rent Supplement parameters over the period of this study. There were no properties available for a single person, couple, or couple with two children within the rent supplement or HAP limits,” he said.

Nationally, the report found that 91% of rental properties are unavailable to those in receipt of rent supplement/HAP.

Over the three days of the study, only 11 houses were available to rent in Limerick city centre, down from 35 available at the same time last year.

He said the fact that Limerick city is not designated a rent pressure zone was "baffling".