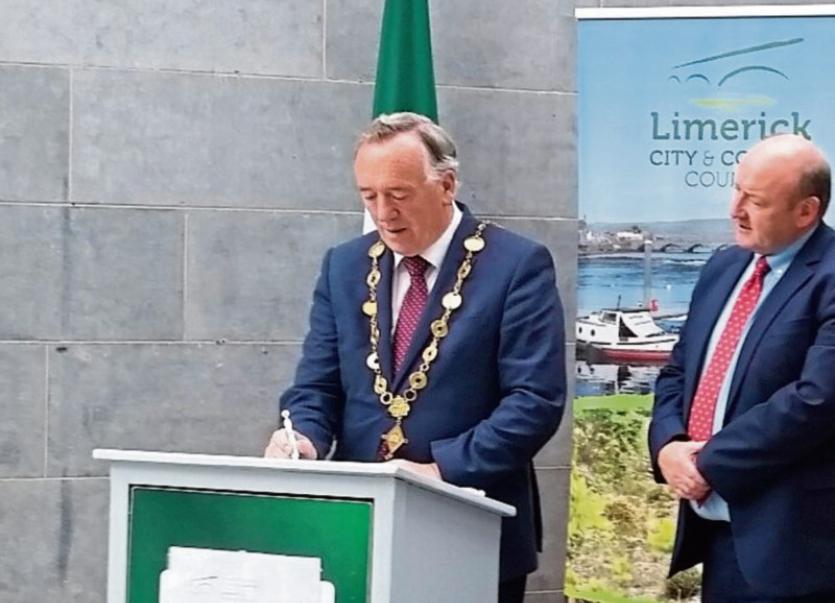 LIMERICK City and County Council has opened a book of condolence at its headquarters in memory of the victims of the terror attacks in Barcelona.

Mayor Stephen Keary officially opened the book following the Barcelona tragedy, which is available for signing by members of the public during office hours at City and County Council headquarters, Merchant's Quay.

The Mayor of Limerick, Councillor Stephen Keary expressed his sympathy for the victims and the people of Barcelona.

"We hope that this type of behaviour is expelled and is not allowed to continue and I know that the police authorities throughout Europe and in Ireland are most vigilant at the moment because this kind of happening can happen anywhere," he said.

Kathleen Ryan was the first member of public to sign the book, shortly after Mayor Keary and members of the city and county council officially opened and signed the book.

"It's absolutely terrifying," said the Edward Street resident as she showed her mark of respect for the victims of the attack in Barcelona.

"It's nice to show your respect," added Kathleen Ryan. "It could happen anywhere."

Deputy Mayor of Limerick, Marian Hurley also signed the book to show her respect for the victims, demonstrating her thoughts that this attack is too close for comfort for the people of Limerick.

"I think it is very important to show solidarity with the people of Spain.

"We all know people that go to Spain on a regular basis and short trips to Barcelona are very popular so that brings it closer to home," added Fine Gael Cllr Hurley.

In addition to the book of condolence in Merchant’s Quay, which remains open for seven days, there is another book open in Dooradoyle and an online book on limerick.ie.