Visual artists are back in Contact with Limerick city facility 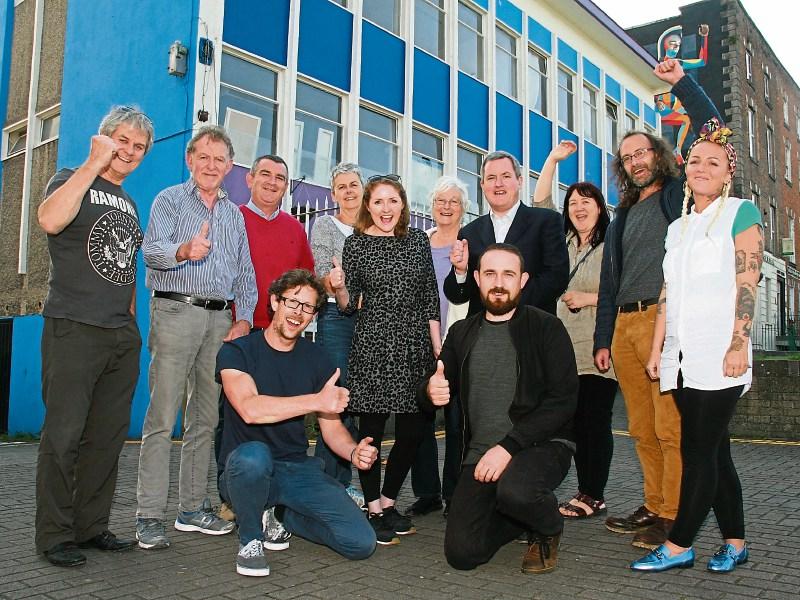 ONE of Limerick’s longest established independent art studios has found a temporary home – just a fortnight after being evicted by the HSE.

Contact Studios left its premises in the grounds of St Joseph’s Hospital in Mulgrave Street after the HSE asked the group to leave its pre-fab premises after a health service audit.

Contact had been there since 1997, and had provided services to patients in return for the space.

It meant the loss of 14 visual arts spaces – more than a third of what is currently on offer.

However, this week, the group was invited by Ray O’Halloran and Pat Brown to move into the Limerick City Build premises at Bank Place.

This site, formerly known as the Cahill May Roberts building, houses a training hub for young unemployed tradesmen.

Now space has been created for the artists following lobbying from Cllr Michael Sheahan and Senator Kieran O’Donnell.

“I marvelled at the work they were doing within the studio as professional artists, but also on a wider basis with the Limerick Mental Health Association giving of their free time. I thought it was a fantastic gift back to the HSE for the use of the building, and I was shocked when I was told they were being evicted,” Cllr Sheahan said, “But this is a good news story.”

Limerick City and County Council is currently working on a permanent home for the artists, and the Fine Gael man said he hopes this will be finalised by next month.

Senator Kieran O’Donnell pledged to continue to work with council, while Carl Doran, one of the studio’s longest serving members said the news gives them “a renewed sense of purpose”.

“We’re putting together ideas on how we can work with the Council on various projects,” he added.