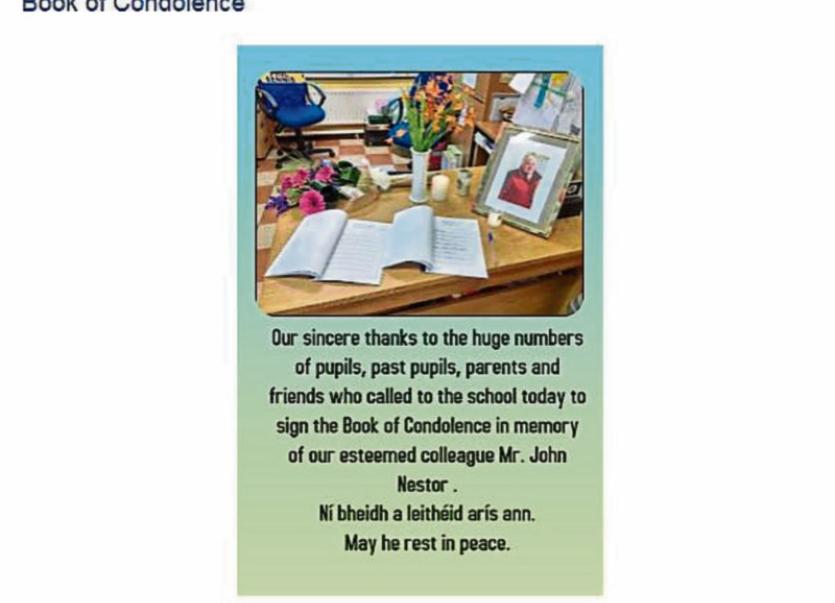 TRIBUTES are being paid to the late John Nestor, a vice principal of Patrickswell National School, who passed away suddenly on Thursday.

Patrickwell GAA club said it was “saddened” to learn of his death, and it temporarily suspended all club activity as a mark of respect.

A book of condolences was also opened in the school on Friday last.

On the school’s blogspot page, it thanked the “huge numbers” of people who signed the book in memory of their “esteemed colleague”.