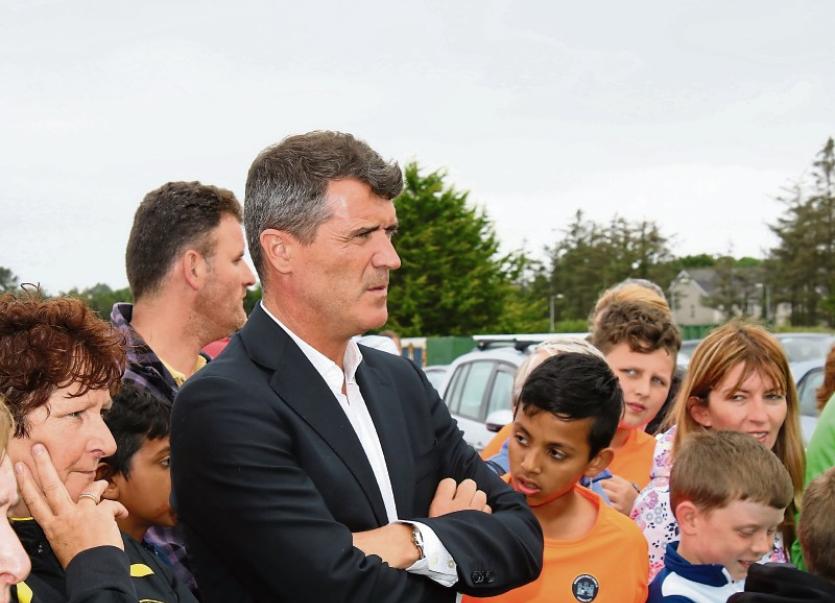 IRISH soccer legend Roy Keane is remaining tight-lipped about his predictions for the new Premier League season, which kicks off this weekend.

While on a visit to Limerick this Friday afternoon, the Republic of Ireland Ireland assistant manager said that he wants to keep his cards close to his chest for another week or two.

The former Manchester United captain officially opened Rovers Park – the new grounds of Newcastle West Rovers, which is celebrating 30 years since its establishment, and paid a visit to St Gabriel’s school in Dooradoyle.

“Your guess is as good as mine. There have been so many signings by every club, a lot could happen in the next week or two, the transfer window is not over,” said Keane.

“I’m going to keep my cards close to my chest for a week or two, until I see what every club has got, in terms of players.

“I have to say, this year is probably the hardest one to predict, with all the signings. Manchester City have spent huge, Manchester United have spent huge, Arsenal have bought one or two. We’ll have a better idea in a week or two when the squads are finalised,” he added.

On his former Manchester club's prospects, Roy was confident that things "couldn't be worse than last year".

Chatting to Roy Keane for @Limerick_Leader this afternoon in Newcastle West pic.twitter.com/OQveYlWHiQ

Cork man Roy, along with Minister of State Patrick O’Donovan, unveiled a plaque marking the opening of Rovers Park, in Woodfield.

The down to earth ex-player, who has played alongside David Beckham and Cristiano Ronaldo, mingled with children and signed jerseys at the event.

At St Gabriel’s, pupils and family members were invited to ask Keane questions about his career in football.

Later this Friday, he will attend the Cappamore Celtic annual awards night.