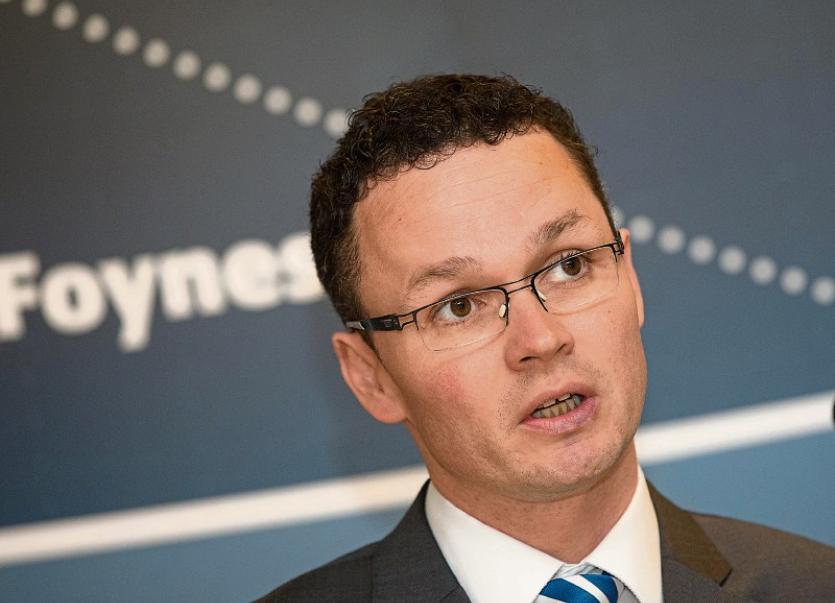 LIMERICK has lost out on the chance to host the National Famine Commemoration at Knockfierna Hill in Ballingarry next month and councillors, disappointed at the lost opportunity, want to know why.

At least six councillors are, this week, preparing to request a special, full meeting of Limerick City and County Council to find out what, if anything, the council executive did to secure the commemoration for Limerick.

Instead, the commemoration, which is hosted in a different province each year, will be held in Ballingarry, Co Tipperary.

This, said Cllr Richard O’Donoghue Ind, is rubbing salt into the wound, that it is Ballingarry, Co Tipperary and not Ballingarry, Co Limerick. Cllr O’Donoghue is currently chairman of the Adare Rathkeale Municipal District which takes in Knockfierna and he is angry that councillors have been kept in the dark about the whole issue.

Minister for Arts and Culture, Heather Humphreys visited Knockfierna in 2015, Cllr O’Donoghue said, where, he claimed, she made it very clear that she felt it would be “an ideal location” for the National Famine Commemoration but would need the local authority to drive the application.

A letter was subsequently sent to Limerick City and County Council by Deputy O’Donovan informing them of this and making it clear that Knockfierna Heritage Society was prepared to work with the council on the issue.

However, according to Cllr O’Donoghue, local councillors knew nothing about this. “We want a special meeting to discuss why this wasn’t brought to the attention of the councillors,” he said. “If it had, we could have won the bid.”

Cllr Adam Teskey FG is one of those calling for a special meeting. “As chairman of Rathkeale Historical Society, and a local representative, I want to know what efforts were made,” he said.

Knockfierna, he pointed out, suffered huge devastation during the Famine years and great work had been done on the hill to record and commemorate that.

“It is a fantastic site,” he said. “We have now missed a golden opportunity to showcase West Limerick and Limerick,” he added.

However, Pat O’Donovan, the chairman of the Knockfierna Heritage Society, has laid the blame for the missed opportunity at the feet of former backbencher Deputy Patrick O’Donovan, now Minister of State for Finance, Public Expenditure and Reform.

And he recalled Minister Humphreys, on her visit to Knockfierna, urging Deputy O’Donovan to push for council support for a national commemoration at Knockfierna.

Deputy O’Donovan, Mr O’Donovan told the Limerick Leader, wrote to the council’s chief executive officer, Conn Murray, looking for a meeting on the issue and Mr Murray agreed to this.

“That was the last I heard of it,” Mr O’Donovan said, claiming that nothing more happened even though he kept contacting Deputy O’Donovan and his office on the matter.

“We were willing to host the commemoration,” Pat O’Donovan said. “But we weren’t contacted either by Patrick O’Donovan or Limerick City and County Council.”

“I am absolutely appalled at the lost opportunity,” he said. “If we had gone after it, I am sure we would have got it.”

“It is all the more disappointing given that Fine Gael don’t even have a deputy in Co Tipperary while we had the Junior Minister for Tourism,” Mr O’Donovan added.

Minister Patrick O’Donovan has robustly rejected Mr O’Donovan’s contention that he did nothing. “That is not true,” he said this Wednesday. Following the letter to Conn Murray, his office had maintained contact with the council but also with Minister Humphreys “to try and get this moved forward”, he continued and he argued that Pat O’Donovan was aware of that.

The minister stressed that he is, and has been, hugely supportive of Knockfierna and as recently as this week had spoken to Minister Humphreys who indicated she would be “open” to making capital funds available to prepare Knockfierna for the National Famine Commemoration in the future. At the end of the day, he pointed out, the decision about location is made by an independent committee but it was ultimately the local authority who had to make the application.

“Minister Humphreys said there is nothing to suggest Limerick would not get the National Famine Commemoration in the future,” Minister O’Donovan said. “What should be done now, rather than raking up the past, is that a proper capital programme needs to be put in place. There are basic requirements and the local authority has to commit and sign up to it.”

A spokesman for Limerick City and County Council was unable to provide any clarification on the matter as the chief executive Conn Murray was unavailable.