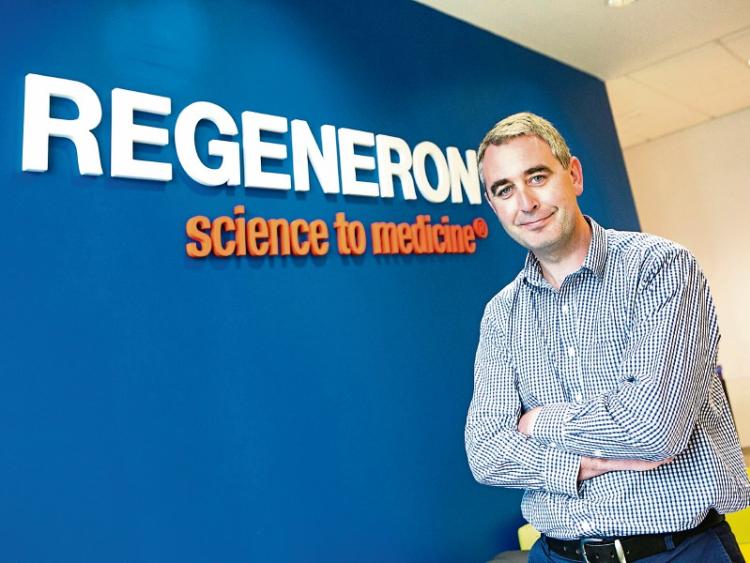 THE new human resource director at one of Limerick’s biggest employers has announced his firm is heading on another “hiring ramp".

But speaking to Business Leader, Ivor Downey said the firm is “on the cusp” of yet further growth.

The biopharmaceutical firm took over the former Dell manufacturing plant in 2013. It researches and produces cholesterol drugs as well as drugs for a variety of eye diseases, which are exported globally from the Limerick plant.

While he did not go into specific numbers of further jobs, Mr Downey said: “A huge goal is hiring and attracting people to Regeneron. Based on the strength of our pipeline of products, we have had a couple of products which have been approved by the Federal Drugs Administration (FDA) this year. To put that in context, there are probably only 20 drugs approved by the FDA this year, and of these, Regeneron has two.”

“We are currently in a phase where we are validating our operation here in Raheen. Based on our pipeline, we are going to build up our operation through the rest of this year and into next year.”

In order to attract the next generation of scientists, Mr Downey – who comes from near Regeneron’s base in Raheen – said the firm is starting an apprenticeship programme aimed at Leaving Certificate students.

“We will have a number of slots for people doing the Leaving Certificate to start with us in September,” he confirmed, “The second big thing is the whole engagement with colleges. We want to ramp up our engagement with local colleges, as we will need these graduates for many years to come.”

An ultimate aim of Regeneron’s bosses, Mr Downey added is to “develop a talent pipeline for biotech in the Mid-West region.”

To do this, the firm will link in with secondary schools and encourage students to persevere with science and technology subjects.