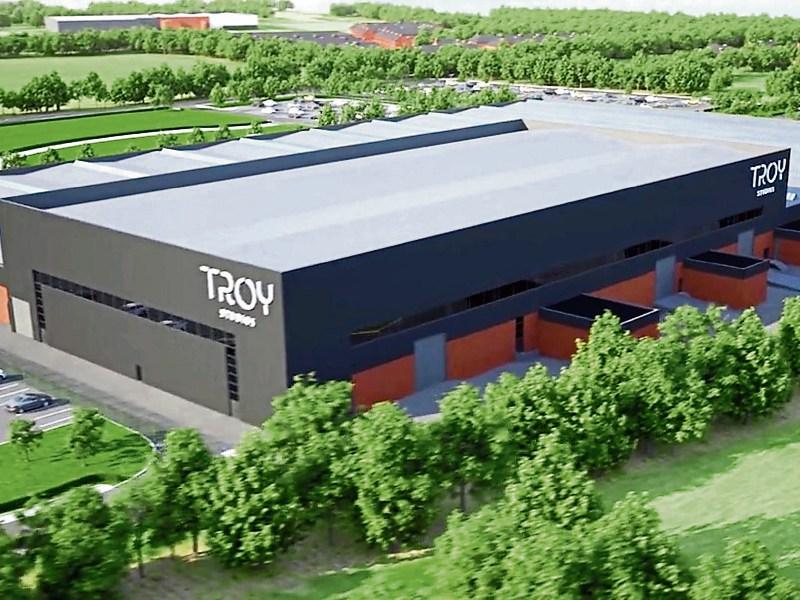 A MAJOR announcement is due to be made by Troy Studios, which is tipped to be on the brink of signing the  first major TV series ever to be filmed in Limerick.

Those behind Ireland’s newest international film studio, now based the old Dell site in Castletroy, and twice the size of Ardmore Studios, have been working hard to lure major production companies worldwide to Limerick.

Sources told the Limerick Leader that an announcement is due in the coming weeks, with a major cast and production crew due to arrive in the city in the coming months to film an American series.

“It could be absolutely massive for Limerick and something that we’ve never seen here before. We could be talking about the creation of an extra 5,000 to 10,000 bed nights in the city, which is certainly substantial for Limerick,” said one source.

A number of hotels in Limerick have also been fielding enquiries from travel operators to secure long-term bookings -potentially for up to eight months – for those working on the production.

Senior sources close to Troy remained tight-lipped when contacted by the Limerick Leader this week, but Conn Murray, the chief executive of Limerick City and County Council, earlier estimated that the facility could result in a €70m spin-off for the local economy, creating hundreds of jobs.

Troy has linked up with Pinewood On Location to handle its international bookings for its 340,000 sq. feet of high-specification facilities for film and television productions.

Mike Cantwell of Innovate Limerick, the council’s investment arm that was crucial to finalising the Troy deal, earlier outlined that the studio has had “a steady stream of interest internationally” as it is a “world class facility”.

The council, through LCO Enterprise Development Limited, bought and refurbished the building for around €8m, with Troy taking a 20 year lease.

Michelle Brassil, who also works with Troy, said that “in providing world class film studio infrastructure, Troy Studios will be the enabler for incoming productions that will seek to employ local production crews, trained to a very high standard”.

The studio is likely to see up to 500 staff employed during production, which typically lasts three to nine months depending on the project. A new production and digital skills academy to be located in Limerick city will feed into the opportunities created by Troy Studios. The facility on Dominic Street, which was purchased by the council for €2.25m using State funds, will train people in the skills needed to work in the film industry.