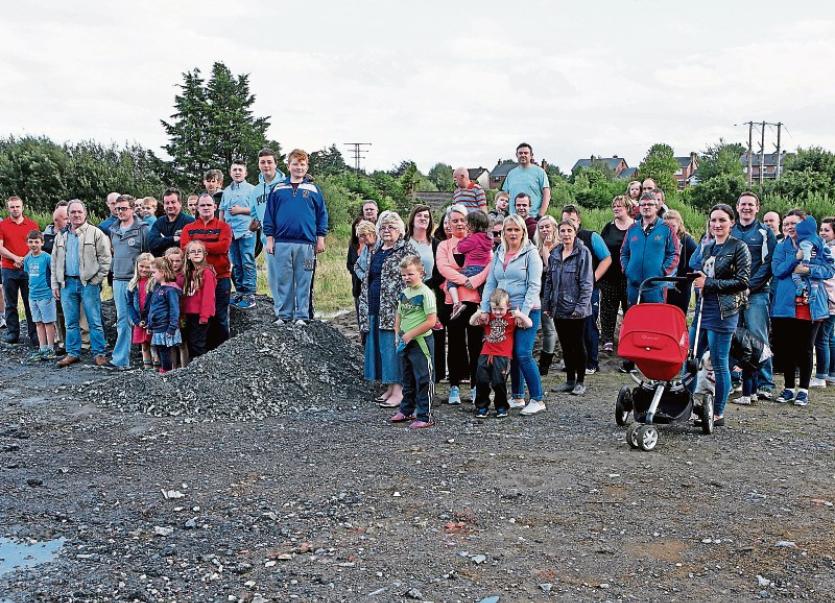 Residents in Rhebogue are opposed to the plans

INSTEAD of building social housing units in the last green space at Rhebogue, a community or youth centre should be constructed.

That’s the view of former mayor Kieran O’Hanlon as controversial proposals to build 20 houses in the city estate are put back on the table.

Silvergrove Developments is seeking to build 20 units in a mix of four bedroom, two-bedroom and three bedroom dwellings in Drominbeg.

Although this number is down from the 21 initially planned, there is a huge opposition to the €3.8m proposal.

Residents held a meeting in Richmond Rugby Club last week, and vowed to continue their opposition to the proposals.

Chief among their concerns is the development could see value wiped off their homes, an increase in anti-social behaviour and a loss of green space at the front of the estate.

Cllr O’Hanlon says if there is an insistence on building on this lane, a public facility would be better.

“There is a population of 2,000 in Rhebogue already. Throughout the city, we have wonderful youth and community centres. We need one in Rhebogue. I think Rhebogue has fulfilled its obligation for social housing in any case in that the council owns quite a number of houses there. There are a lot of them rented through Hap and Ras and we also have a halting site which has been the subject of a lot of problems,” he said.

The councillor maintained there is “total opposition” to the plans in Rhebogue.

“It is totally the wrong policy by government and imposed by the council to put 20 social housing units together in what is a private housing estate,” he added.

He also predicted the application, to come before council planners, will likely be appealed to An Bord Pleanala if it is waved through. If the national appeals body does likewise, Cllr O’Hanlon indicated a judicial review may be on the cards.