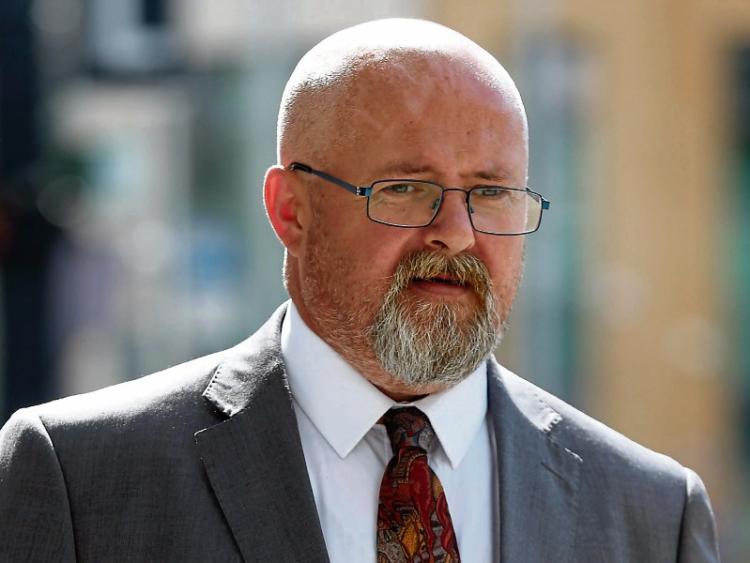 The jury in the trial of a biker accused of murdering a member of a rival motorcycle club will return to the Central Criminal Court on Monday to consider its verdict.

Having spent 45 minutes deliberating this Friday afternoon, the seven men and four women told Mr Justice Paul McDermott that they wanted to go home for the weekend.

They had earlier heard from Mr Justice McDermott that their task is to to decide if the accused man was acting in defence of himself and his family or in retaliation after he was assaulted and threatened.

Alan 'Cookie McNamara, aged 51, of Mountfune, Murroe has pleaded not guilty to the murder of Andrew 'AOD' O'Donoghue at the gates of the Road Tramps motorcycle club at Mountfune on June 20, 2015.

In his charge to the jury, Mr Justice McDermott told the jurors they will have to assess Mr McNamara's mindset and ask, "what did he honestly believe at the time?"

He told them the defence says this event unfolded very quickly and that the accused felt there was a threat to him and his family, whereas the prosecution said the shooting “evolved out of acts which were revengeful or retaliatory.”

He reminded the jury of the evidence which showed that Mr McNamara, a member of the Caballeros motorcycle club, was assaulted at a pub in Doon in Limerick by members of the Road Tramps the day before the shooting.

One of the Road Tramps punched him in the face and they took his waistcoat, which had a Caballeros patch sewn into the back. Justice McDermott said it appears that members of motorcycle clubs have their own territories and they do not like having members of other clubs in those areas.

After he was arrested for the shooting Mr McNamara told gardai that following the assault in Doon, three Road Tramps pulled up to his house in a maroon car and, in front of his wife and children, threatened to kill him and burn down his home.

He said he was terrified. The following day he received a phone call from his stepson who told him that he was in a car with two other Caballeros following a Road Tramp.

Mr McNamara loaded a shotgun, got in his car and drove to the Road Tramps' clubhouse where he told gardai he thought Mr O'Donoghue was holding a gun, so he shot him.

Mr Justice McDermott told the seven men and four women they must consider all the facts and examine the accused man's state of mind, as expressed in his interviews (with gardai).

They should think about the manner of the shooting and the events leading up to it - why the accused came to be there with a loaded shotgun and whether Mr O'Donoghue did anything other than point towards him. They must consider the nature of the threat posed to him and whether there was a basis for his fearing a threat to him or his family.

He also suggested they consider whether he could have dealt with it in a different way. “That comes to your view of the evidence in relation to the events as they unfolded,” he said.

“It is the prosecution's job to exclude self defence”, he said adding that homicide “is not murder if it is committed in reasonable self defence or in defence of others”.

He told them that if a person uses only that force which is reasonable to defend themselves or someone else they are entitled to a full acquittal.

He asked them to consider the level of violence in this case and if it was reasonable and necessary to deal with the threat to Mr McNamara and his family.

He added: “You must use common sense in regard to that.”

If the accused believed he was using necessary force but the force he used was greater than a reasonable man would deem necessary, then he is guilty of manslaughter and not murder.

In circumstances where there was a threat but the accused knowingly used more force than was reasonable in the circumstances, he is guilty of murder, the judge told them.

The judge further told them that it is up to the prosecution to exclude any reasonable possibility of the defence posed on behalf of Mr McNamara.

The jury will resume its deliberations at 10.30am on Monday.