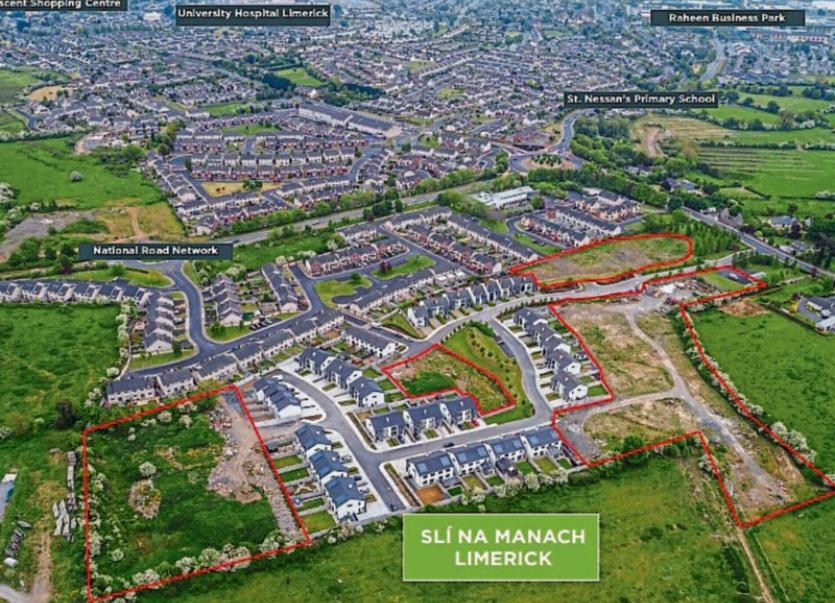 BUILDERS will return to complete a housing scheme in Limerick “as fast as possible”, the boss of Genesis Homes has said.

Former McInerney Homes CEO Barry O’Connor who controls the company in charge of Sli Na Manach in Mungret, has confirmed Genesis Homes (Mungret) has risen again, with a new backer in the form of Lotus.

There were fears that the estate would lie unfinished after Cardinal Capital pulled its financial support to Genesis in April, plunging it into receivership.

But speaking to the Leader this Wednesday, Mr O’Connor said the company was out of receivership, and has met all its obligations to Cardinal.

“Definitely, we will have builders on site as fast as possible,” he said when asked whether the estate would be completed.

Measuring 9.35 acres, full planning permission remains in place at Sli Na Manach for 82 residential units and a creche. At present, the scheme is only half-complete.

Claire Keating, the chairperson of the local residents association and one of the first residents on site, welcomed the news.

“I hope it’s a case of third time lucky,” in relation to the fact the site’s first developer McInerney Homes went into examinership, and the current developer’s plans were initially halted following the receivership.

“It’s good news though – nobody wants to live in a ghost estate,” she added.

Mr O’Connor said: “Residents have done well from this estate. One house sold recently for €310,000. We would have sold that buyer the house for €250,000 two years ago. So obviously we are delighted with this.”

Cllr Daniel Butler has given a cautious welcome.

“Previously the same organisation were progressing very slowly on site and when they left the site, a lot of people were left in sudden limbo.

“I hope they can now progress quickly to complete the development and allow the current residents to live in a community as opposed to a building site as they have now for nearly ten years,” he said.

The remaining tranches of land were listed for €300,000 at auction last month – but following Genesis’ emergence from receivership, it didn't go ahead for sale.