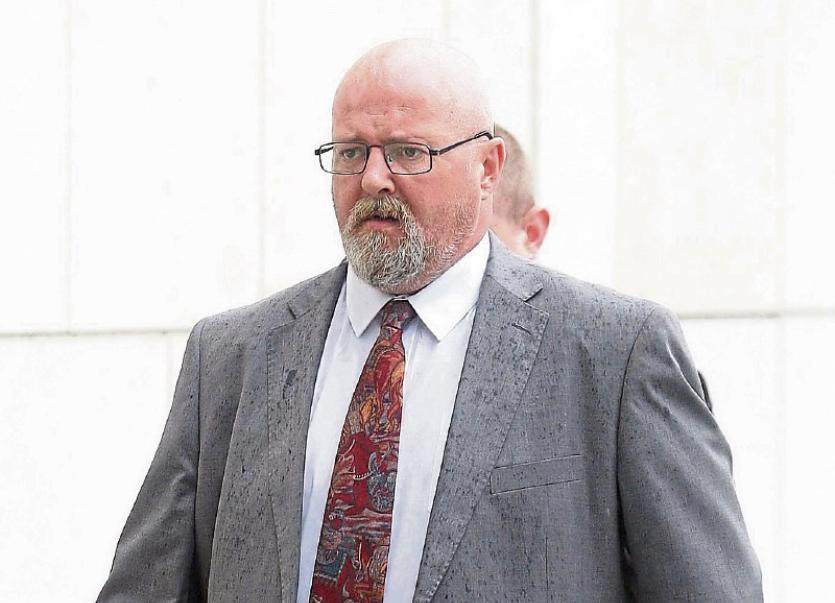 Alan 'Cookie' McNamara has pleaded not guilty to the murder of Andrew 'AOD' O'Donoghue at Mountfune on June 20, 2015

A LIMERICK biker who shot a member of a rival motorcycle club dead saw an opportunity for retribution and murdered an innocent man, a barrister has told a jury at the Central Criminal Court.

The accused man’s barrister said his client was acting in defence of himself and his family after members of the rival club threatened to kill him and burn down his home.

The jury heard closing speeches on Thursday in the trial of 51-year-old biker Alan ‘Cookie’ McNamara, of Mountfune, Murroe, Co Limerick who has pleaded not guilty to the murder of Andrew ‘AOD’ O'Donoghue at Mountfune on June 20, 2015.

Michael Delaney SC, for the prosecution, told the jury that the details of the case may have brought to mind American television dramas, but in this case the location is not California, but Limerick, and it involves middle aged men, some of whom have health issues.

He said some acted with a misguided sense of “code and honour” and that the “colour” in the case may tempt them towards the facetious.

But, he reminded them: “A man has lost his life.”

There is no doubt, he told the jurors, that Mr McNamara shot Andrew O’Donoghue.

They must now decide if he intended to kill or cause serious injury to Mr O’Donoghue and whether he was acting in defence of himself and his family. If the accused used excessive force but believed he was using reasonable force then the jury must find him guilty of manslaughter and not murder.

If they believe that he was not entitled to use any force or that he knew the force he was using was excessive, then the appropriate verdict is murder. If he used only reasonable force, then he should be acquitted.

“We say self defence doesn't get off the ground,” said Mr Delaney. “There were no circumstances which necessitated the use of any force, let alone the force he did use.”

Going over the evidence in the case, counsel reminded the jury that Mr McNamara had been assaulted the previous day in Doon, Co Limerick, after he entered a pub wearing a waistcoat with the colours of the Caballeros sewn into the back.

On leaving the pub, two members of the Road Tramps took his waistcoat off him and one of them punched him in the face.

A third member held back his wife. In garda interviews Mr McNamara said that later that same evening, soon after he arrived home, three members of the Road Tramps pulled up outside his home and, in front of his wife and children, threatened to kill him and burn down his house. But Mr Delaney asked the jury to consider whether that happened at all and reminded them that one of the men named by Mr McNamara was Jim McInerney, who denied it outright.

He invited the jury to assess Mr McInerney’s demeanour as a witness.

On the morning of the shooting he said Mr McNamara told gardai he was “out of my mind” and in a panic.

That afternoon the accused received a call from his stepson Robert Cusack who told him he was in a car with two other Caballeros and they were chasing a member of the Road Tramps.

He said Mr McNamara then went to the Road Tramps clubhouse knowing that one of the Road Tramps was being pursued in that direction. Mr Delaney said the accused man brought a gun with him because this was an opportunity for him to obtain some form of retribution.

Mr McNamara told gardai that when he got to the clubhouse he saw men carrying what he thought were guns. Mr Delaney asked the jury why he did not just keep going.

He added: “Because, he saw an opportunity to shoot a Road Tramp and he wasn't going to pass that up.”

Mr Delaney said the prosecution does not stand over the attack at Doon or the alleged threats or the presence of an arsenal of weapons at the Road Tramps clubhouse, but he added: “You are not entitled to take the law into your own hands and shoot an innocent man.”

He said there was no evidence Mr O’Donoghue had been involved in any of the incidents leading up to the shooting and said that he was an innocent man. He concluded: “He was shot by a man bent on retribution and his killing was murder and that is the verdict that I urge you to bring.”

Hugh Hartnett SC, for the defence, said the killing was tragic because Andrew O'Donoghue is dead and his client, a father, a family man with an interest in horses, dogs and motorbikes, was on trial for murder. He asked the jury to consider what caused this to happen.

He said they had heard that the Road Tramps wanted to make his client feel unwelcome in the area but, unfortunately for him, he lived within three minutes of the Road Tramps clubhouse.

He had been attacked and three of them, one of them waving a gun, had threatened him and his family with being burnt out of their home.

“Would that have an effect on the mind of an average man?” he asked the jury, adding that his client knew what the Road Tramps were capable of.

He reminded the jury of the weapons found at their clubhouse and that one of the Road Tramps, Kevin Ryan, had a conviction for a firearms offence.

Knowing all this, and knowing that he might have to defend himself and his family, he asked the jury to consider Mr McNamara's state of mind “on this awful day”.

He told the jury that if it were a planned murder, Mr McNamara would not have done it in front of a CCTV camera that he knew was pointing at him when he fired the shot at the gates of the Road Tramps clubhouse.

When he received the call from his stepson to say that they were heading towards the clubhouse in pursuit of one of the Road Tramps, he was worried because he knew what these people were capable of.

Mr Hartnett said it was wrong for him to bring a gun but he was a “panicked and frightened man” and feared that his family could be attacked at any time. In his fear, he believed the men at the clubhouse had guns.

He added that the ballistics showed that only one third of the pellets in the cartridge that he fired struck the deceased, which he said was consistent with what Mr McNamara told gardai – that he didn’t aim the gun and that he didn't intend to kill anyone.

He asked the jurors to put themselves in the mind of his client and ask themselves how they would feel if threats were made to their family.

He concluded that Mr McNamara had no intention to kill and believed he was acting in defence of himself and his family. Justice Paul McDermott will deliver his charge to the jury of seven men and four women tomorrow.