#LoveyourLimerick: A golden opportunity for local groups with €10k up for grabs 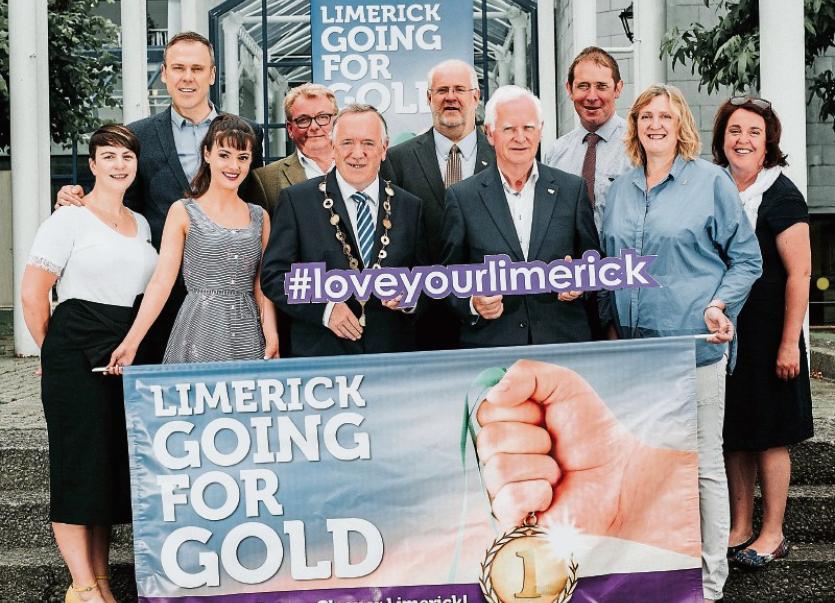 Limerick Going for Gold is run by Limerick City and County Council with the support of the JP McManus charitable foundation. The tortal prize fund is around €75,000 Picture: Brian Arthur

COMMUNITY groups and organisations across the city and county will be seeking public support over the coming weeks as the Limerick Going for Gold campaign gets underway.

Beginning this Thursday, a weekly public text vote will take place as six different areas are featured in the Limerick Leader and on Live 95FM’s Limerick Today programme.

The public text vote will begin at 12 midday each Thursday with the weekly winner being announced 24 hours later.

Each of the weekly winners will go forward to the grand final along with a number of wildcard entries which will be selected by a panel of local judges next month.

“We are thrilled to be supporting the Limerick Going for Gold campaign again this year and we are delighted to be able to highlight the great work that is being done by volunteers in communities across city and county,” said Eugene Phelan, managing editor of the Limerick Leader.

The results of the national Tidy Towns competition will be combined with the votes of the local judges with the winners being announced at a gala event in October.

The prize fund for this year’s Limerick Going for Gold is in the region of €75,000, with a top prize of €10,000 on offer in the Community Challenge category.

For the first time, a junior category (U21) has been included in Limerick Going for Gold along with a #LoveYourLimerick photo competition.

Other categories Limerick in Bloom and the Best Front Garden Competition. There is also a category focussing on housing estates across the city and county.

Limerick Going for Gold is run by Limerick City and County Council with support from the JP McManus Charitable Foundation.