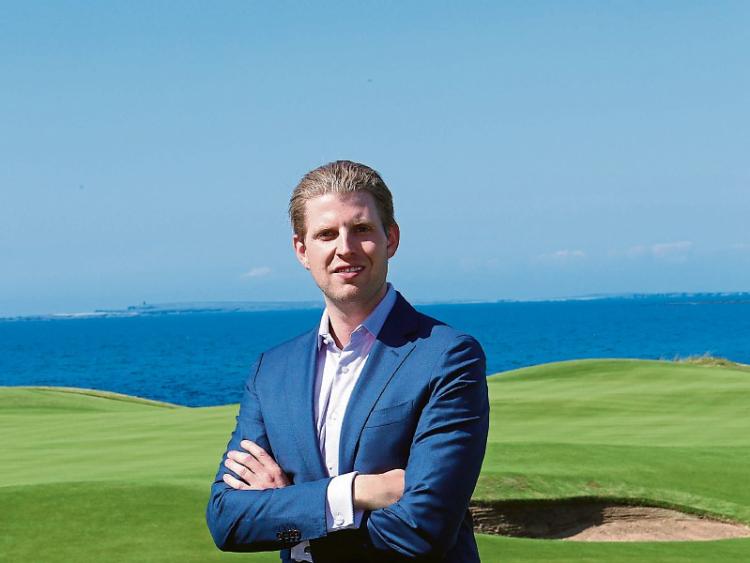 THE Trump jet was back in Shannon over the weekend as one of the American president's sons hosted a business event in Doonbeg.

Security was tight at the Trump International Clare resort as Eric Trump hosted 30 business people in the five-star club.

Eric, 33, and his older brother Donald Jr have been running their father Donald’s business empire since he was sworn in as American president in January.

The youngest Trump son arrived in Shannon from Glasgow Prestwick airport in Scotland on board the company’s luxury Boeing 757-200 series jet.

On Saturday morning, Mr Trump and his group arrived on the final leg of a golf trip which also included his family’s two gold resorts at Turnberry and Aberdeen in Scotland.

The group boarded a coach at Shannon Airport before being escorted by Garda outriders and other security vehicles to the Doonbeg hotel and course on the Clare coastline.

Gardai were posted at all access routes to the Clare hotel and nearby Doughmore Beach.

The 30 business people played the course – which has recently undergone a €5m revamp – in the glorious Saturday sunshine.

Eric Trump is the executive vice-president of the Trump Organisation.