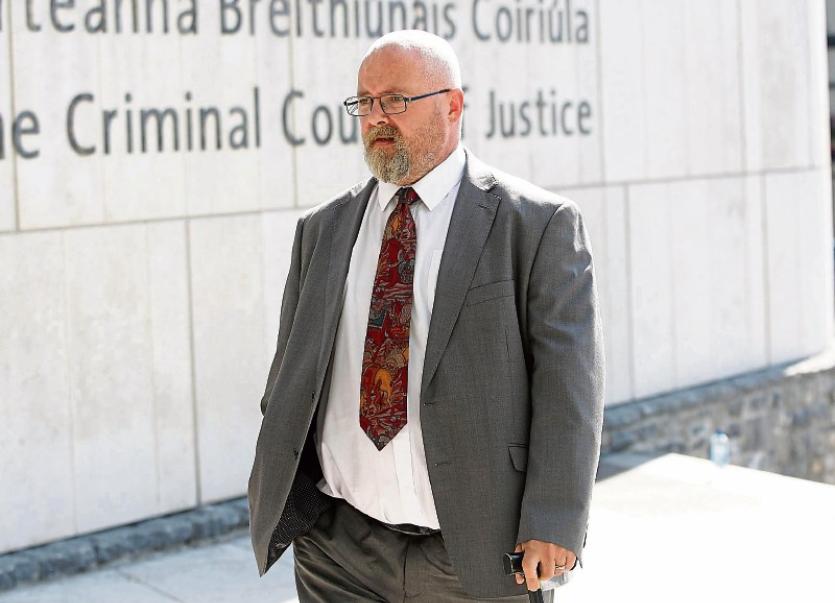 GARDAI found a mobile phone associated with a Limerick murder accused that had been broken and left in a waste ground, a trial has heard at the Central Criminal Court.

Alan ‘Cookie’ McNamara, 51, from Mountfune, Murroe, Co Limerick has pleaded not guilty to the murder of Andrew ‘AOD’ O’Donoghue on Saturday June 20, 2015 at the Road Tramps motorcycle clubhouse at Mountfune.

At Mr McNamara’s trial this Tuesday, Garda Martin Hennessy told prosecuting counsel Michael Delaney SC that he found two mobile phones – a broken Samsung and half a Nokia – in an area of waste ground at Mungret Court in Limerick, about a ten to fifteen minute walk from where the accused man was arrested on the evening of June 20, 2015.

Detective Sergeant Shane Ryan told Mr Delaney that the Nokia was associated with a number that Mr McNamara identified during interviews as one that he was using on the weekend of the shooting.

The other phone was registered to Mr McNamara’s stepson Robert Cusack.

Mr Cusack, 28, of Abington, Murroe, pleaded guilty on Monday to impeding the apprehension or prosecution of his step father.

Det Sgt Ryan, who is trained in mobile phone forensics, said he analyzed incoming and outgoing calls and texts of four phones over the period from the Friday afternoon before Mr O'Donoghue was shot and the Saturday evening after the shooting.

One of the phones belonged to Robert Barrett, who was identified by Mr McNamara as a friend during his garda interviews.

Det Sgt Ryan identified a number of calls between these numbers over those two dates, including one from Robert Cusack to Alan McNamara at 2:41pm on the day of the shooting, lasting five minutes and 21 seconds.

Under cross examination Det Sgt Ryan agreed that CCTV had put the time of the shooting at 2:44pm, during which time the call would have been ongoing.

The witness said that it is possible to go away from your phone and when you come back to it you find it is still connected to a call.

The trial continues in front of Justice Paul McDermott and a jury of seven men and four women on Thursday.