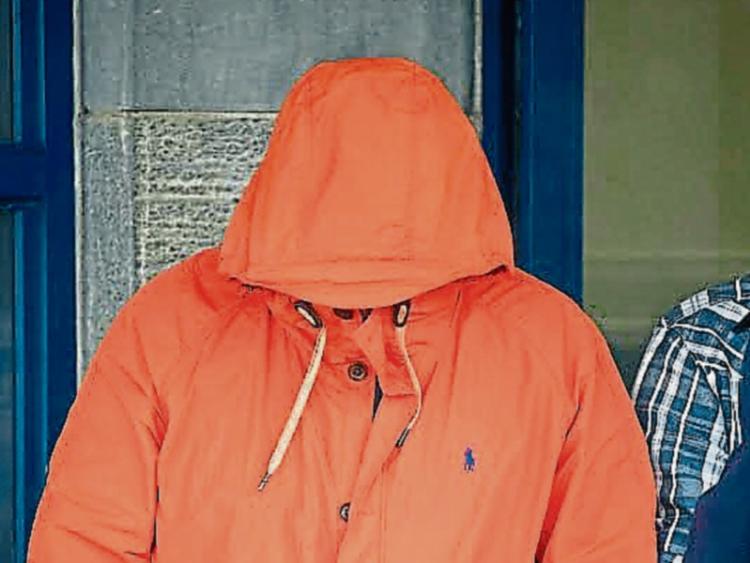 A Limerick man found guilty of stabbing a cyclist in the leg over compensation following a road accident will be sentenced next Monday at the Special Criminal Court.

Larry McCarthy, aged 37, who has an address at Tower Lodge, Crossagalla was among a number of people who threatened to use “unlawful violence” and assaulted David Foran (33), who earlier that month had been knocked down and then offered compensation by a motorcyclist.

McCarthy had pleaded not guilty to violent disorder and to assaulting Mr Foran causing him harm at Cornmarket Villas on November 25, 2014. Earlier this month he was convicted of both offences by the non-jury court.

During a sentencing hearing this Monday, Detective Garda Pat Whelan told John Byrne BL, prosecuting, that gardai attended the scene of a minor road traffic accident on November 14, 2014 involving Mr Foran who was cycling on his bike and a motorcyclist.

Mr Foran was taken by ambulance to University Hospital Limerick, where he was treated for minor injuries and was discharged later that night.

The motorcyclist later approached Mr Foran's wife Rachel McAllister and indicated to her that he wanted to sort out matters without any court proceedings.

Phone numbers were exchanged and agreement was made to make contact at a later stage, Mr Byrne said.

The motorcyclist arrived at Mr Foran’s home sometime later and a discussion took place concerning the level of compensation that might be agreeable to both sides.

The motorcyclist, the court heard, eventually offered Mr Foran €5,500 and on the day of the assault called him, telling him to go into Limerick to pick up the money from another man.

In a statement, Mr Foran told gardai that he went into the city and met the man as instructed by the motorcyclist. This man requested Mr Foran to follow him in the direction of Cornmarket Villas, where there were a few fellas with their faces covered with scarves”.

Mr McCarthy was present in the car park and challenged Mr Foran as to why he was demanding money off his cousin. Mr Foran said that Mr McCarthy told him “he was getting no money” and he received a “slap off a baseball bat” to the back of the head from one of the men whose face was not covered.

The court heard that Mr Foran was wearing a bulletproof vest and Mr McCarthy stabbed him in the leg with a knife.

Mr Foran said that he saw the knife, picked it up and waved it round. The court heard that Mr Foran told McCarthy to come and fight him and the accused told him he had “some mouth”. Mr Foran then went home.

Detective Garda Gerard Healy attended Mr Foran’s house and made a note of his physical injuries. Mr Foran was later treated for a puncture wound in his left thigh at University Hospital Limerick.

The courtheard that gardaí returned to Mr Foran's house the following day and took possession of the knife and his clothes.

Mr Byrne said that statements of complaint were made to gardai by Mr Foran on November 27 and December 15, 2014 and both statements were admitted into evidence during the course of the trial.

Counsel said that Mr McCarthy was arrested on March 4, 2015 on suspicion of having committed an offence of violent disorder. He was interviewed on three occasions in custody and denied any involvement, said Mr Byrne.

The court heard that CCTV footage confirmed the presence of McCarthy at Cornmarket Villas on November 25.

Det Garda Whelan agreed with counsel that McCarthy surrendered his bail in relation to this matter on November 4, 2015 but has been in custody since July 30, 2015 in respect of another matter.

Mr McCarthy has eight previous convictions which include dangerous driving offences as well as firearm offences before Suffolk Court in the UK.

Mr Byrne said that Mr Foran was offered an opportunity to make a victim impact statement but he declined to do so. He has made a full recovery from his injuries.

Being cross examined by Barry White SC, Det Garda Whelan agreed that McCarthy’s convictions in this jurisdiction are of a “relatively minor nature” and the only “substantial conviction” was in June 2006 when he was living in England.

The witness agreed with Mr White that that there was no suggestion that Mr Foran was in “any way incapacitated” when he walked away from Cornmarket Villas on November 25.

The court heard that Mr McCarthy is a married man with three children.

Mr White handed into the court a number of testimonials, which, he said, showed the charitable work Mr McCarthy was involved in.

Counsel submitted to the court that the two offences Mr McCarthy had been convicted of fall in the mid to lower range on the scale of offending and that Mr Foran’s puncture wound required only a single suture.

The court heard that there was two significant deaths in Mr McCarthy’s family and compassionate bail had been sought but it was not granted.

Mr White asked the court that any sentence imposed be backdated to July 30, 2015.

Ms Justice Isobel Kennedy, presiding, sitting with Judge Gerard Griffin and Judge Gerard Haughton, remanded McCarthy in custody until July 31, when he will be sentenced.