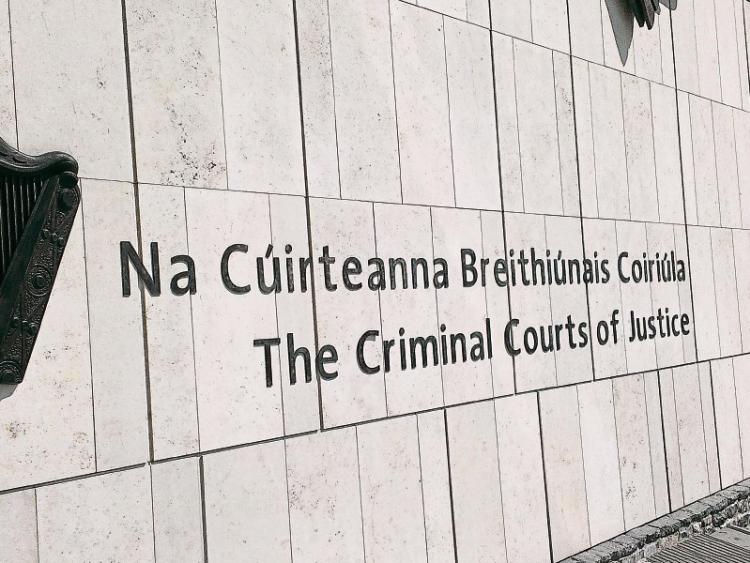 The trial is taking place at the Central Criminal Court

A MURDER accused told gardai he feared his stepson would be killed by rival bikers, so he loaded a shotgun and went to the motorcycle clubhouse where he shot a man dead.

He said he did not intend to kill anyone but was panicking after he was attacked and threats were made against him and his family. He also wanted to frighten the bikers so they would leave his family alone.

Alan 'Cookie' McNamara, aged 51, of Mountfune, Murroe has pleaded not guilty to the murder of Andrew 'AOD' O'Donoghue on Saturday June 20, 2015 at Mountfune.

Also on trial is Mr McNamara's stepson Robert Cusack, aged  28, of Abington, Murroe who has pleaded not guilty to impeding Mr McNamara's apprehension knowing or believing him to have committed a serious offence.

During those interviews Mr McNamara described how he was attacked the day before the shooting outside Kelly's pub in Doon by members of the Road Tramps motorcycle club.

They took his waistcoat, which had the colours of his own club, the Caballeros, sewn into the back. When Mr McNamara arrived home that evening, he said a maroon car pulled up outside and that the occupants threatened to burn down his house and kill his family.

Mr McNamara was secretary of the Caballeros club, having left the Road Tramps 15 years earlier. He told gardai he left because he didn't get on with some of the Road Tramps who he said bullied him when he first joined as a “prospect”.

He explained that prospects are not full members until the members of the club accept them. Becoming a full member depends on “how you are as a man”.

The defendant said his own stepson, Robert Cusack, was a prospect in the Caballeros in June 2015.

The morning after the accused was attacked in Doon, Mr McNamara said he woke up “totally out of my mind”. He was scared for his family, upset and in shock.

He told gardai that when he heard Harley Davidson motorbikes about two to three miles away from his house, he said: “In my head they were setting something up.”

That afternoon he received a phone call from his stepson, Robert Cusack, who told him that he had “spotted the Road Tramps” and was following them. "I thought he was being attacked or something. That is when I panicked.”

He later told gardai: “After the threats, I thought they might kill my son.”

He said he loaded the gun, put it in the back seat and drove up the road to the Road Tramps clubhouse.

When he arrived, he saw two men and he thought they had guns so he grabbed his own gun. As he grabbed it his hand slipped and the gun went off. He said the noise was deafening and caused him to panic.

He stopped the car and got out and said he saw Mr O'Donoghue pointing something at him. He said: “I thought he had a gun so I fired at him.”

Afterwards he thought, “s*** what am I after doing” but was worried that more Road Tramps were coming for him so he tried to reload.

CCTV showed that Mr O'Donoghue was carrying an iron bar when he was shot.

Gardai showed the iron bar to Mr McNamara and asked him if it looks like a gun. He said it didn't but that he is near-sighted and in the distance he thought it was a gun.

Gardai also put it to him that he could have just driven away, but he said he didn't want the Road Tramps to come and kick down his door firing shots. “They brought it to me,” he added.

He also told gardai that he didn't intend to kill anyone but wanted to frighten them, so they would stay away from his family.

After shooting Mr O'Donoghue, the accused said the car with his stepson and two other men pulled up.

Mr McNamara told them: “I think I'm after shooting somone,” and gave the gun to Mr Cusack. Mr McNamara then got into his own car and drove away.

Sgt Louise Casey told Hugh Hartnett SC, representing for Mr McNamara, that she was the garda in charge at Roxboro Road garda station at various times throughout Mr McNamara's detention.

She spoke with the defendant on a number of occasions and was approached by members of his family who asked her to tell Mr McNamara how much they loved him.

She said at one point the accused was emotional and crying and asked her to get him a priest. “He was in tears and saying how sorry he was,” she told the jury.

On another occasion he was crying and said to her: "It's not right. That man is being waked this evening.”

After speaking with the priest, Mr McNamara told her he had received some “solace” and he thanked her.

The trial continues next week before Mr Justice Paul McDermott and a jury of seven men and four women.