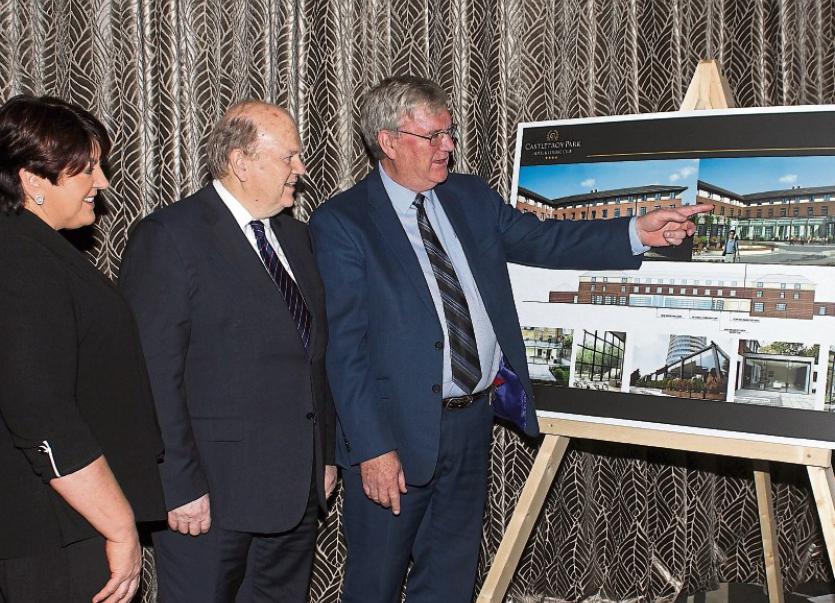 PLANNING permission for a major €6m expansion to Limerick's Castletroy Park Hotel has been formally lodged.

Pat McDonagh, the Supermac’s founder and owner of the Castletroy Park Hotel, has formally sought planning permission for the investment, which he says will create 150 jobs.

The developments include a new first floor leisure centre to replace the hotel’s existing facility.

New sauna and steam rooms will be built in an external yard.

Meanwhile, there will be revised dressing room layouts, and a reconfiguration of existing conference meeting rooms and leisure centre areas to accommodate extra facilities.

At the rear of the hotel, there will be a new glazed breakout area, and walkway.

And a new entrance and glazed area will be built on to the hotel’s existing restaurant area.

The proposals will provide for an additional 140 parking spaces, and minor internal variations to layouts.

Speaking as he launched the plans in May, Mr McDonagh said he believes the project could generate €30m for the local economy across the next ten years.

In effect, the businessman’s project will see a 50% expansion to the size of the 107 bedroom hotel.

Some 110 construction roles will be created, with an additional 40 permanent positions in the hotel itself once the development is completed.

She said: “It’s fantastic for the greater Castletroy area and for Limerick in general. The Castletroy Park Hotel has gone from strength to strength under Mr McDonagh’s leadership, and I admire everything he does. He is a man who has risen through the ranks. He knows how to treat his staff. It was very impressive the way he paid tribute to his staff, and that is the hallmark of a hotel’s success.”