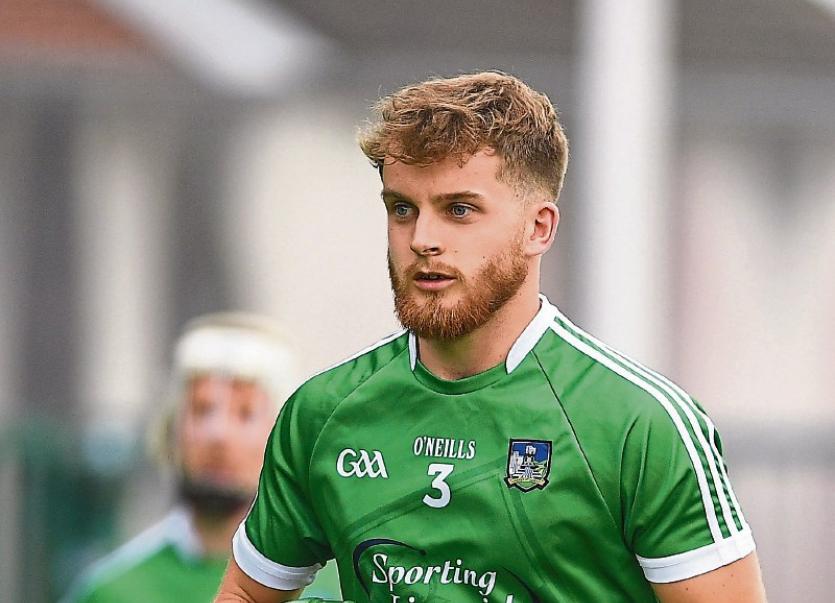 Limerick hurler Daragh Fanning is preparing to tog out in the Gaelic Grounds for the Munster U21 hurling final Picture: Sportsfile

A YOUNG man preparing to tog out in the Gaelic Grounds for the Munster U21 hurling final practically had to learn to walk again just two years ago.

Daragh Fanning, Pallasgreen, was placed in an induced coma after his car crashed into a wall in Cappamore in February, 2015. His jaw was broken in two places and there were fears of brain damage. After he woke up, doctors warned he might never hurl again. They didn’t know Daragh.

One of the first things he told his family in ICU was that he wanted to get back for the first round of the championship. He was as good as his word and even played with his school in Croke Park.

The 20-year-old started both wins for Limerick against Tipperary and Clare at full-back and is looking forward to the final next Wednesday night.

“Wouldn’t anyone give anything to be in a Limerick jersey for a Munster final given the opportunity,” said Daragh, who still has to go in and out to UHL for treatment on his mouth.

“The doctors would be laughing at me - they are telling me to mind myself,” he smiled.

He says it will take another year or so of procedures on his mouth before he finishes his treatment. Another person would be terrified of getting another blow to the head but not Daragh.

“It was a rough few days in ICU two years ago but if you have a strong mind and motivation to get going again, things can come a bit quicker than maybe normal. It was a good turnaround.

“Every day I was improving and when I got back training I was getting stronger and things were looking better for me. A bit of determination gets you far and I was lucky to have great people around me,” said Daragh, a son of Jimmy and Ann, brother of talented horse rider Aoife and twin of Limerick footballer Brian.

While every parent of players on the Limerick and Cork panels will be proud, the Fannings have an extra reason.

“It was great to see him back playing again,” said dad, Jimmy.

“”Hurling is his first love. Even when he was in the hospital all he wanted to do was get back training. He has a fierce positive outlook on life.

“One of the nurses said to me when he was in hospital that he should be on morphine but he said, ‘I’m fine’,” said Jimmy.

That same steely determination will be needed by Limerick to stop Cork winning their third Munster title of the year.