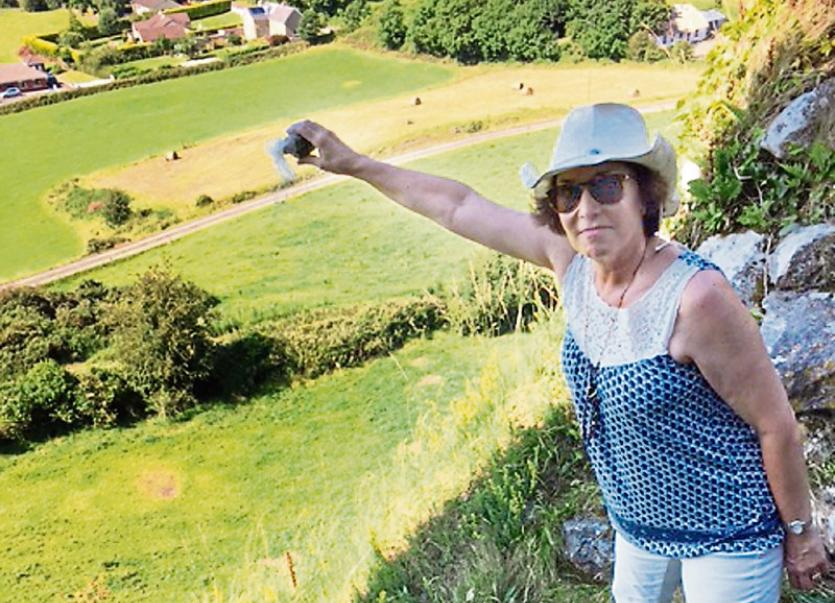 Ellen Frey McCourt and Frank's only daughter Maggie, below, scattered his ashes at Carrigogunnell Castle and Mungret Abbey

THE last dying wish of Angela’s Ashes author Frank McCourt was for his own ashes to be scattered in Limerick, the home of his “miserable Irish Catholic childhood” which propelled him to literary stardom.

Eight years on since his death in New York, his wife Ellen, only daughter Maggie and two of his grandsons, Jack, age 14, and Avery, age seven, flew across the Atlantic and saw that his wish was finally fulfilled this week.

Together, the three generations dispersed his ashes in two locations close to his heart in Limerick in “emotional” moments as they struggled to hold back the tears.

The private family ceremony occurred with some serendipity, just in advance of the eighth anniversary of the death, at the age of 78, this Wednesday, July 19, and as a musical version of his memoirs reaches new audiences across the country.

When asked about his thoughts on his own mortality, the Pulitzer Prize winner famously and irreverently quipped to the Limerick Leader: “I don’t want funeral services or memorials. Let them scatter my ashes over the Shannon and pollute the river.”

Side by side, wife and daughter each paid tribute to Frank at the respective sites – the ruins of Carrigogunnell Castle, overlooking the River Shannon, and Mungret Abbey - as they looked skyward and flung his ashes to the heavens.

Ellen McCourt said that following his death, she, Maggie, and each of his surviving brothers – Michael, Alphie and Malachy - received a portion of his ashes after he was cremated, while his urn is buried in a plot in Connecticut, in the same graveyard as playwright Arthur Miller.

“Frank had always told me he wanted them scattered at Carrigogunnell, as he used to cycle out there with his friends, and would look out over the River Shannon and dream of going all the way to America,” Ellen told the Limerick Leader.

“You've made it, Frank,” she whispered to him, as she stood at the ruins of the 13th century castle, just outside Clarina.

Daughter Maggie, his only child, born to his first wife, brought her portion of her dad’s ashes with her on her first visit to Limerick in over 30 years. 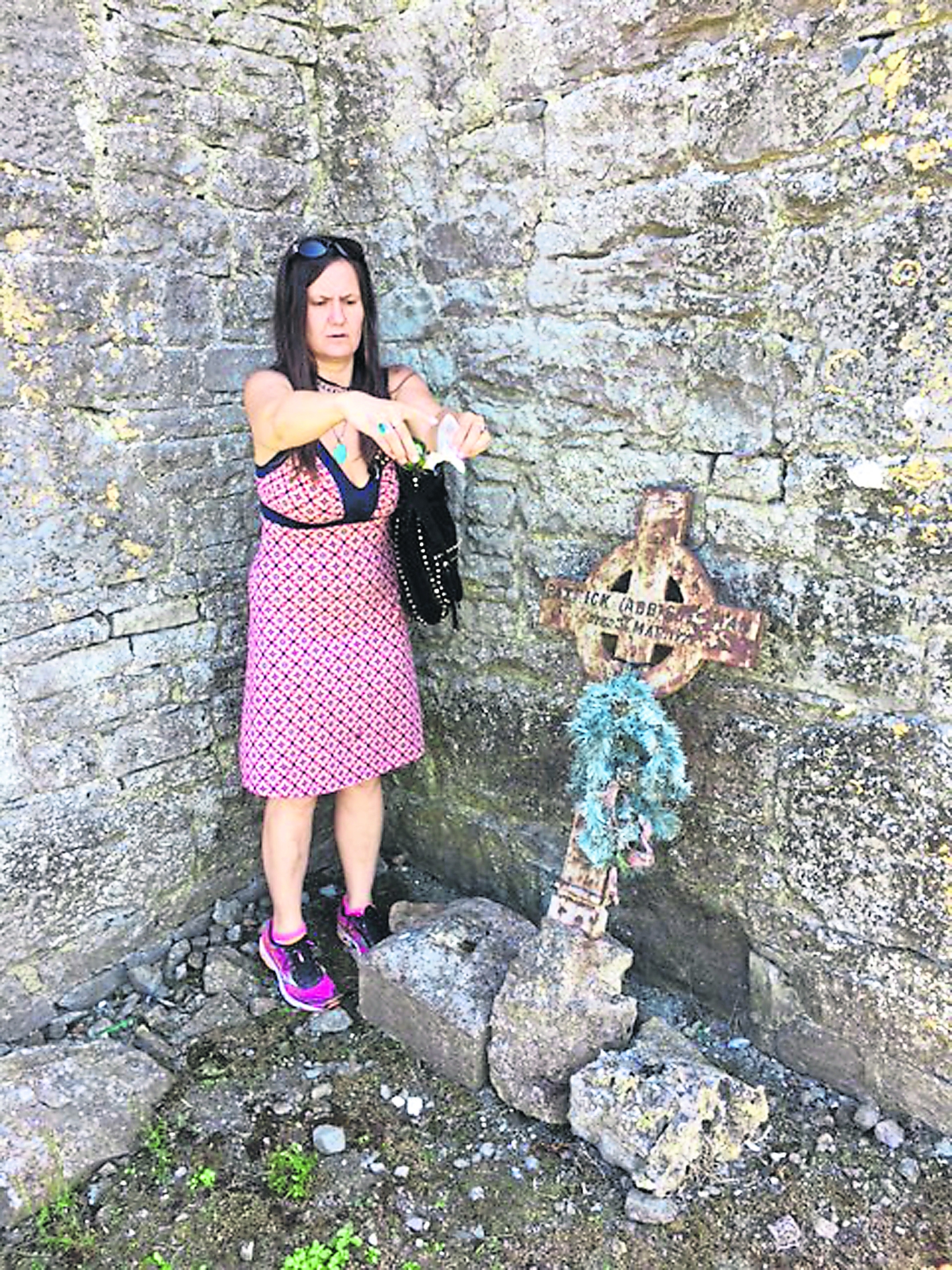 “It’s the first time Maggie and I have been in Limerick together, so it seemed fitting,” explained Ellen.

“I was very happy to have done this, as it was something I told Frank I would do, and the opportunity did not present itself until now, even though I have been here on several occasions since [his death].”

Maggie added that before he died they asked him what his wishes were and “whether he wanted us to take his ashes to the family graveyard in Limerick, and he looked up at me with big, sad eyes and said ‘That would be too much trouble’.”

In contrast to the constant rain which has since become synonymous with ‘Angela’s Ashes Limerick’, they said they were greeted with a perfectly clear blue-sky day as they remembered him, before the weather turned on Frank’s anniversary.

“It was almost as of that day was sent to us, it was so beautiful. It’s very emotional to be here,” said Maggie, a 46 year-old mother of four.

“I’m grateful that we’re here, as this is something we have been planning to do for quite some time.

“I can understand why he wanted his ashes scattered at Carrigogunnell as it’s so magical.”

Ellen’s portion of her husband’s ashes remain in New York, as she said “I don’t want to part with them.”

Carrigogunnell is referenced on a number of occasions throughout McCourt’s break-through 1996 work, which Ellen, his third wife, from California, insisted that he had to write.

It shot him to literary stardom in his 60s while he was a English teacher beloved of his students in New York, and led to a cannon of memoirs and a children’s book, which have sold more than 10 million copies worldwide.

“Every Saturday I swear I’ll go to confession,” McCourt wrote in Angela’s Ashes, “and tell the priest of my impure acts at home, on lonely boreens around Limerick with cows and sheep gawking, on the heights of Carrigogunnell with the world looking up.”

He frequently visited Carrigogunnell with his father Malachy, “where the top of Ireland is spread out in front of me.”

Maggie scattered his ashes at Carrigogunnell, while Ellen scattered another portion at Mungret Abbey, where members of the McCourt family are buried, and the family were accompanied by Una Heaton, artist and curator of the Frank McCourt museum on Hartstonge Street. 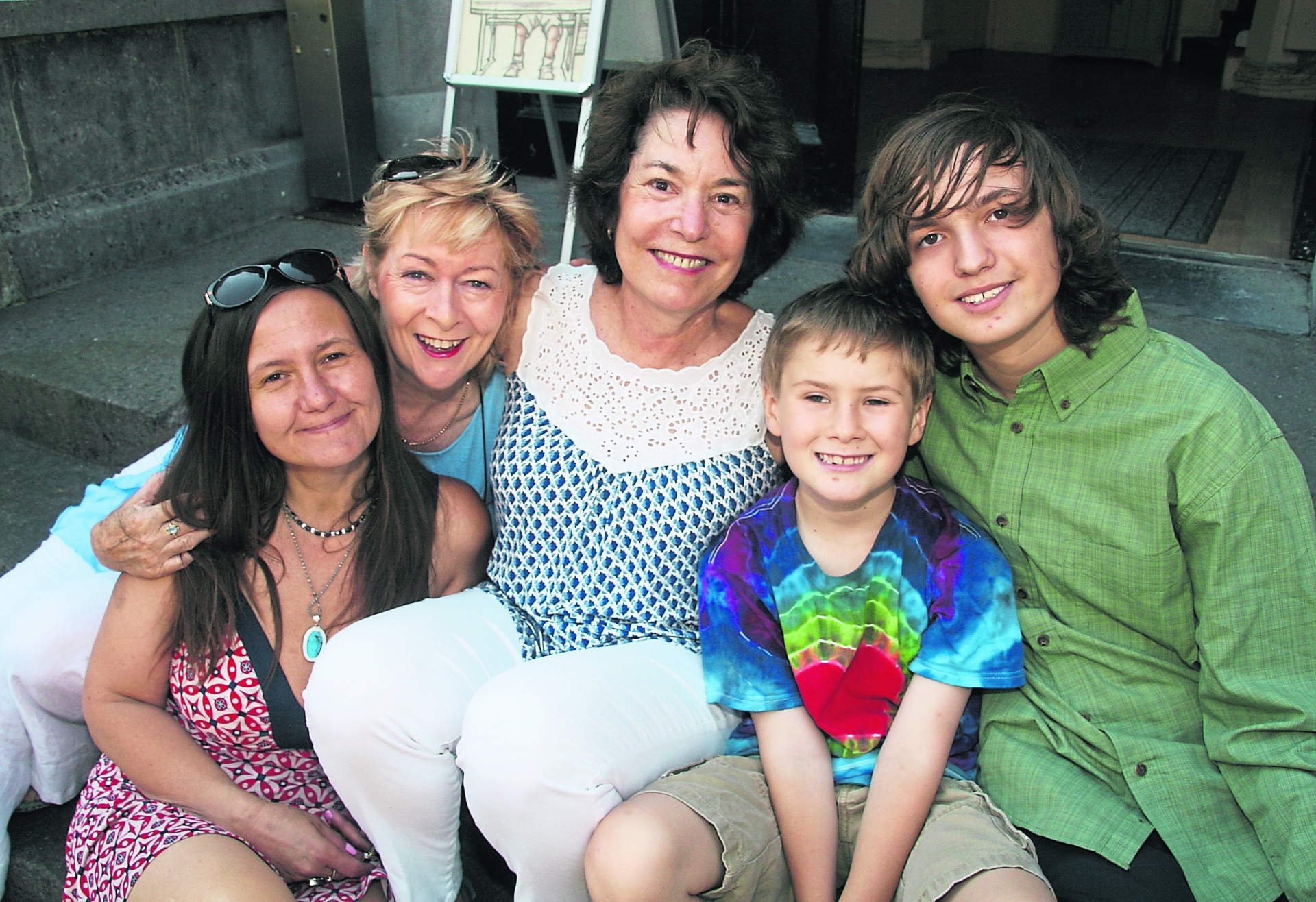 The museum continues to attract hundreds of people a year from all over the world, to view memorabilia of his life, including the manuscript of ‘Tis, a collection of his rosary beads, his personal copy of Angela’s Ashes, and the robes he wore when he was conferred with an honorary degree from the University of Limerick.

Brother Malachy McCourt, the now only surviving McCourt sibling, had earlier intended to scatter his brother’s ashes, but that never occurred at the time.

The 85 year-old prolific author has now written about preparing to leave this mortal coil – Death Need Not be Fatal - for which he posed in a coffin for the book’s cover.

Now “immobilised” with inclusion body myositis (IBM), an inflammatory muscle disease, he said he would like his own ashes to be scattered across the Hudson River in New York, where he has lived for decades.

“I don’t find it at all morbid talking about death. I don’t feel scared of death; it’s just a transition. I have no hope of heaven and no fear of hell. I’ll just be in an extremely deep sleep.”

He does not wish to have a Catholic funeral service, but a service in the Symphony Space theatre on Broadway, where his brother Frank was also remembered by the arts community in New York.

Malachy, who will not be able to travel to Ireland to see the musical, said he laughed when news of the production prompted someone to comment online: “What’s next – a musical of Schindler’s List?”

Author and playwright Peter Sheridan is among those who has lauded the production, describing it as​ “fresh, funky, with loads of attitude and not to be missed under any circumstances.”

The family arrived en masse in Limerick last weekend as Angela’s Ashes The Musical, under acclaimed director Pat Moylan, made its way from Limerick after a sell-out run, to Dublin’s Bord Gais theatre this week.