Evidence concludes in trial over aggravated burglaries at Limerick homes 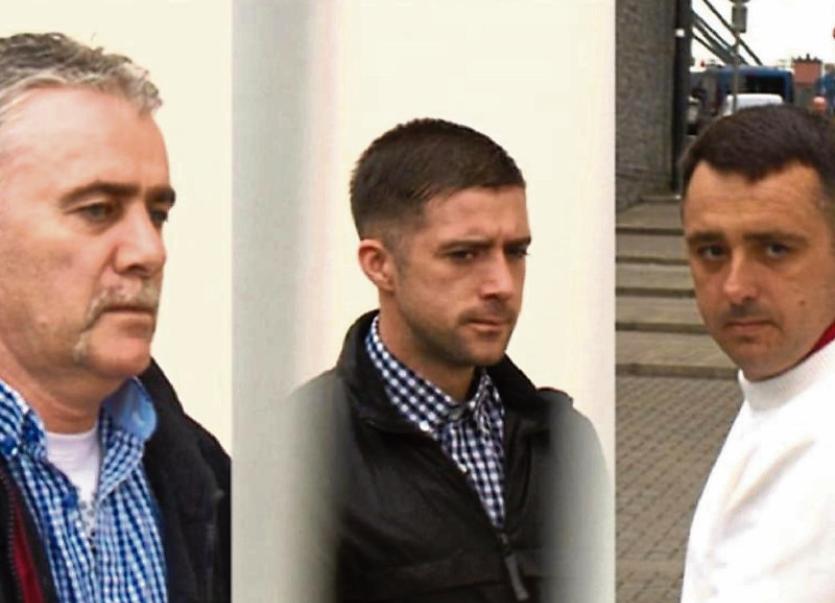 EVIDENCE has concluded in the trial of three men who are charged in connection with two aggravated burglaries in County Limerick more than five years ago.

All three also deny falsely imprisoning Gerard Garvey, his wife Ann and three of their four children after entering their family home at around 10pm.

Patrick Roche and Philip Roche have also pleaded not guilty to similar charges relating to an incident at the home of three elderly siblings at Ballyluddy, Pallasgreen on May 31, 2012.

Mr Freeman – a brother-in-law of Patrick Roche – is not charged in connection with that incident.

Over the course of almost five weeks of evidence, the jury of seven men and five women heard evidence from a large number of gardai as well as several civilian witnesses.

The trial has also heard from two witnessess who have been been convicted over their involvement in the burglaries.

John Cahill, aged 33, who is originally from Cappamore testified that Alan Freeman asked him to drive a car on the night of the aggravated burglary at Sunville house.

He said he met the three accused and another man at an agreed location at around 9pm and that he observed Patrick Roche changing the number plates on the sky-blue BMW.

Cahill, who was sentenced to five years’ imprisonment for his role in the incident, alleged that Patrick Roche was in possession of a gun and that Alan Freeman had a screwdriver. “I was told to wait in the car, that I’d be phoned to drive up and drive in,” he told the court.

Another witness – William Gammell, aged 32, who has an address in  Co Tipperary –  gave evidence that he acted as the getaway driver on the night of the incident at the Creed family home on May 31, 2012.

In evidence, Gammell described picking up Patrick and Philip Roche from Cappawhite and driving them to a location in Pallasgreen which is adjacent to the rural farmhouse.

He told the jury he never entered the house and that he did not ”terrorise” the elderly siblings who are all aged in the 70s.

The final witness in the trial was Sergeant Michael Reidy who was a detective in the Bruff district at the time.

He told the jury the three defendants were arrested early on the morning of October 18, 2012 and were questioned over a number of days at various garda stations in Limerick.

After closing the State case, Shane Costelloe SC, prosecuting, delivered his closing speech to the jury this Wednesday evening.