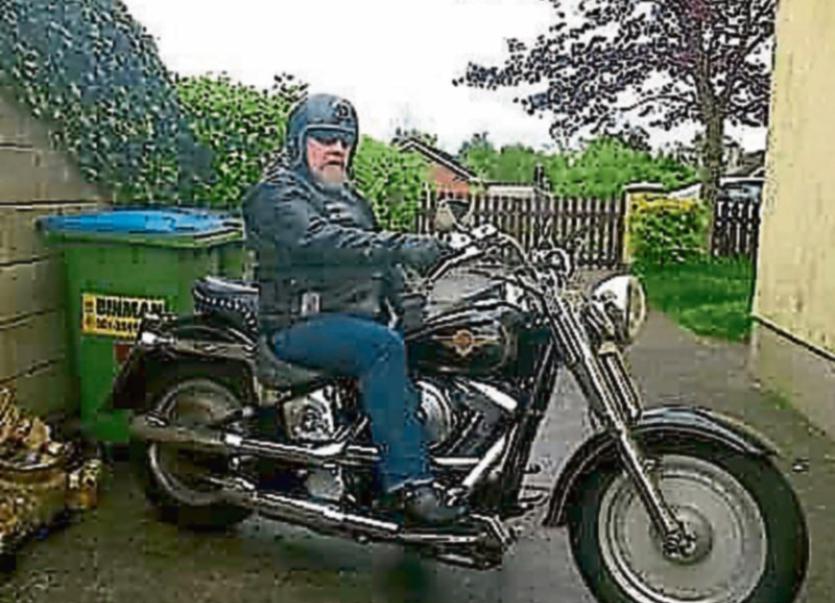 A BIKER died from a single shotgun wound to the head fired from a gun that was about ten feet away, a pathologist told a murder trial.

Deputy State Pathologist Dr Michael Curtis was giving evidence this Tuesday in the trial of Alan 'Cookie' McNamara, aged 51, of Mountfune, Murroe, County Limerick who has pleaded not guilty to the murder of Andrew O'Donoghue on June 20, 2015 at Mountfune.

Also on trial is Mr McNamara's stepson Robert Cusack, aged 28, of Abington, Murroe who has pleaded not guilty to impeding Mr McNamara's apprehension knowing or believing him to have committed a serious offence.

The trial, being at the Central Criminal Court, has previously heard that the deceased was a member of the Road Tramps motorcycle club while Mr McNamara was associated with the rival Caballeros.

Dr Curtis told Michael Delaney SC, prosecuting, that he examined Mr O'Donoghue's body at University Hospital Limerick the day after he was shot.

He said a rash of about 100 individual pellets from the shotgun cartridge had created a wound of 20cm by 60cm from the top of the forehead to the face and jaw.

Some of the pellets had gone through his eye sockets and penetrated his brain. He gave the cause of death as a single shotgun wound to the head, face and neck.

The pattern of the pellets, he said, showed that the gun was in excess of eight to ten feet away from the deceased when fired.

The jury then heard from Detective Garda Niall Fitzgerald who said that gardai went to Mr McNamara's home with a warrant sometime after the shooting having received information that linked the accused man to the shooting.

When they got there they found the front door open but nobody home so they entered and began their search.

The detective said he found a  shotgun cartridge in a cabinet at the foot of a bed in one of the bedrooms. Alongside it was a red book or diary with handwritten notes.

He said another garda found four shotgun cartridges in a bedside locker.

The red book contained what Garda Fitzgerald said appeared to be lists of names and minutes of meetings. The first page was headed “Caballeros MC Ireland” and mentioned a proposed trip to Spain.

He said the lists of names seemed to be members or potential members of the Caballeros. There were various references to "Cookie" and a "Robert" or "Rob" alongside phone numbers.

Dated June 16 under the title "Prospects", he said the name Robert appeared again. Detective Garda Fitzgerald agreed with defence counsel Andrew Sexton SC, that this appeared to tie in with his client, Robert Cusack.

The trial continues before Mr Justice Paul McDermott and a jury of seven men and four women.