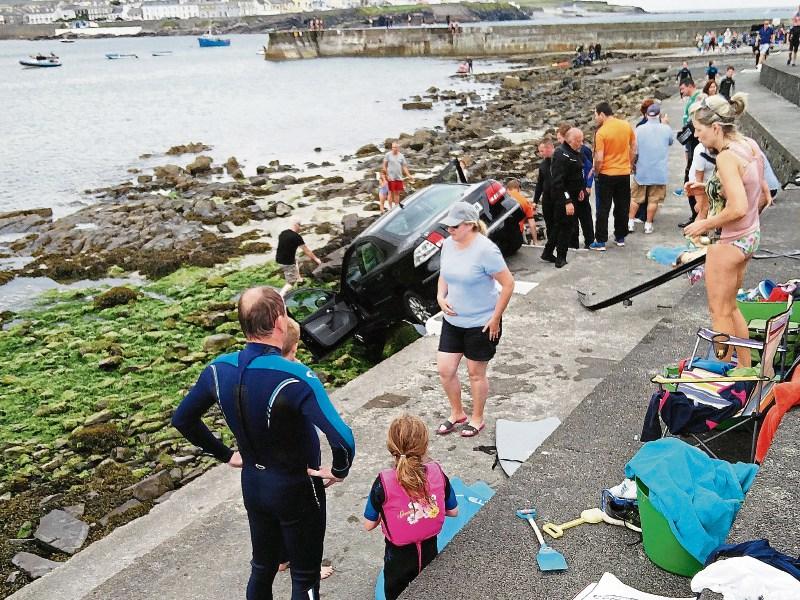 DOZENS of holidaymakers, including many from Limerick, had a lucky escape this Tuesday afternoon after a car careered down steps leading to a popular bathing spot in Kilkee.

The alarm was raised at around 3pm, when the 05LK-registered vehicle was seen approaching the steps at the boathouse in the coastal town on the east end of the popular seaside town.

An eye witness, Tony DiLucia told the Limerick Leader: “I was standing just yards from the car when I heard the engine revved up. I saw some kids jumping out the car, as it took off. There were about 50 people in the area at the time and a number of people had to jump out of the way to save themselves.”

So this just happened in Kilkee. An absolute miracle nobody was seriously injured. pic.twitter.com/CfsRmK3DcE

The incident is being treated as an accident.

Two kids hopped into their da's car for a spin in #Kilkee No one killed. Some injuries. pic.twitter.com/uRdrL0oKKm

Several people have posted dramatic photos of the scene on social media, with one Twitter user saying: “An absolute miracle nobody was seriously injured.” 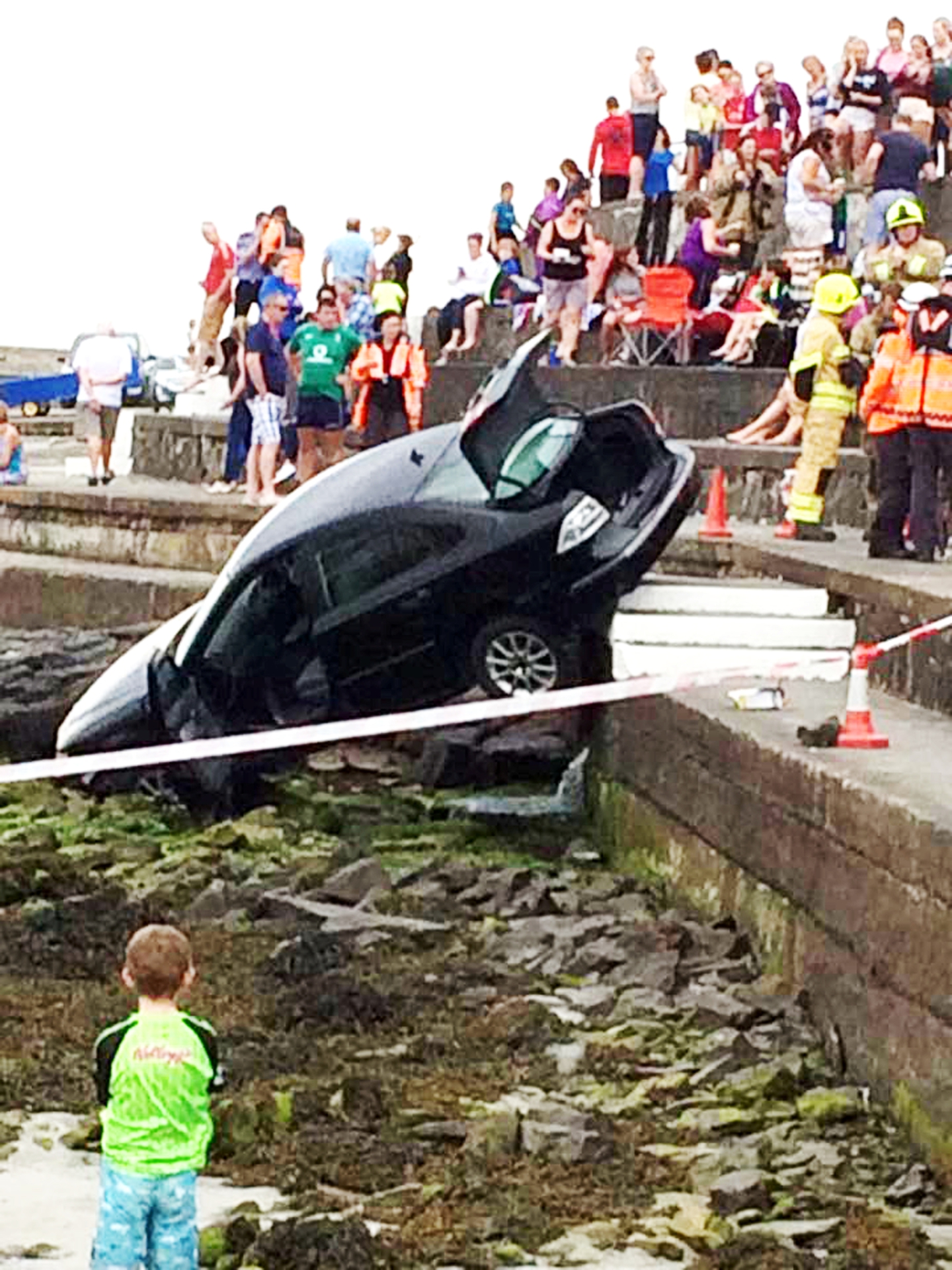 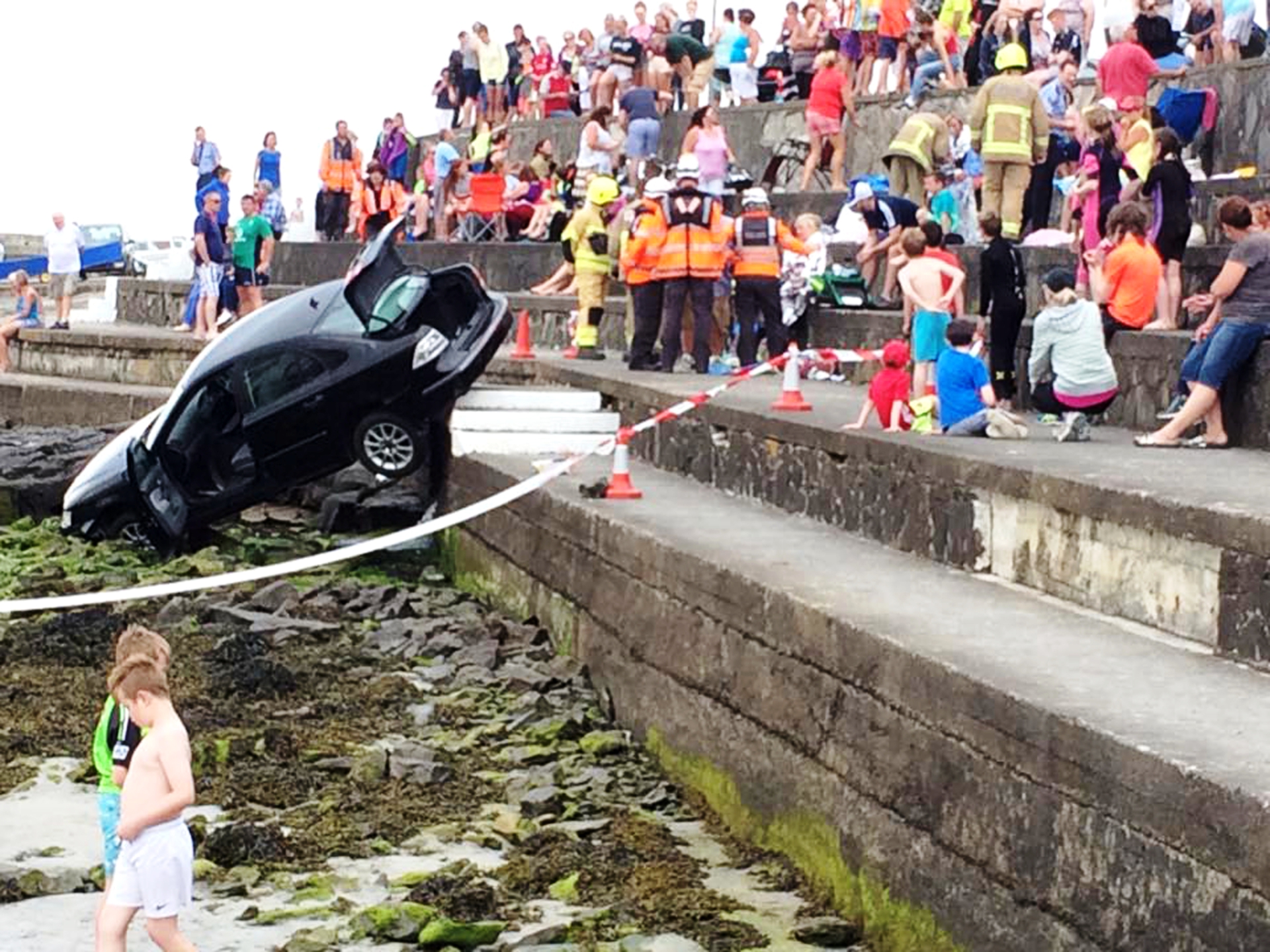 While there were no reports of any injuries, it is also understood that  a number of people were treated for shock at the scene.

A spokesperson from Clare County Council confirmed that one unit of the Fire Service from Kilkee was on the scene within three minutes of being alerted.

One person, he said, was treated for shock.

Pictures posted on social media following the incident show onlookers, many of whom are dressed in swimsuits looking on at the car which is on rocks at the bottom of the steps.