Homes were flooded in Bengal Terrace at the weekend 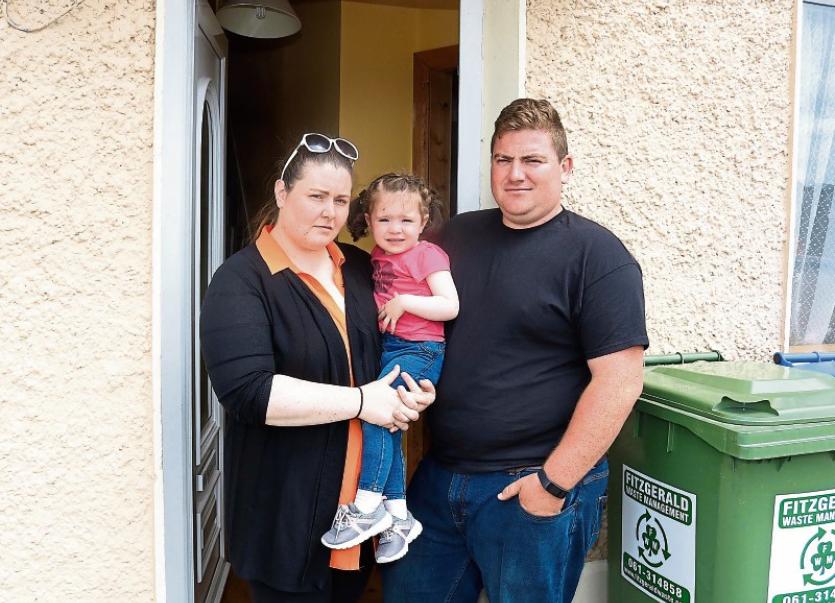 One of the families affected by the flood on Saturday: Colm, Cynthia and baby Reegan McCarthy Picture: Michael Cowhey

TWO families with young children have been offered rented accommodation for a month by Irish Water, after their homes were flooded in Bengal Terrace at the weekend.

However, many other residents are refusing to leave their homes, in spite of fears that the water is contaminated with sewage.

Residents reported being pushed back by the force of the water, which was as high as three feet, following a burst water mains pipe at approximately 2am on Saturday.

A spokesperson for Irish Water said that based on “visual inspections carried out in the affected homes, while the water was contaminated with silt and dirt washed in from the road, they did not see any evidence of sewage matter.

“However, water flooding can on occasion cause overflows of nearby sewers. While we have not found any evidence of sewage contamination in any of the affected properties, the response of the cleaning contractor appointed by Irish Water would be the same irrespective of whether or not there was sewage contamination, i.e. the properties will be fully disinfected and sanitised as part of the cleaning process,” said the spokeperson.

A couple and their first-born eight-week-old baby girl are among those who said that after spending three nights in two different hotels they have been offered a private rented house for a month by Irish Water.

Niamh Counihan, partner Cian Healy and little Fiadh, who turned eight weeks old on Sunday, were among up to a dozen residents affected by flooding. 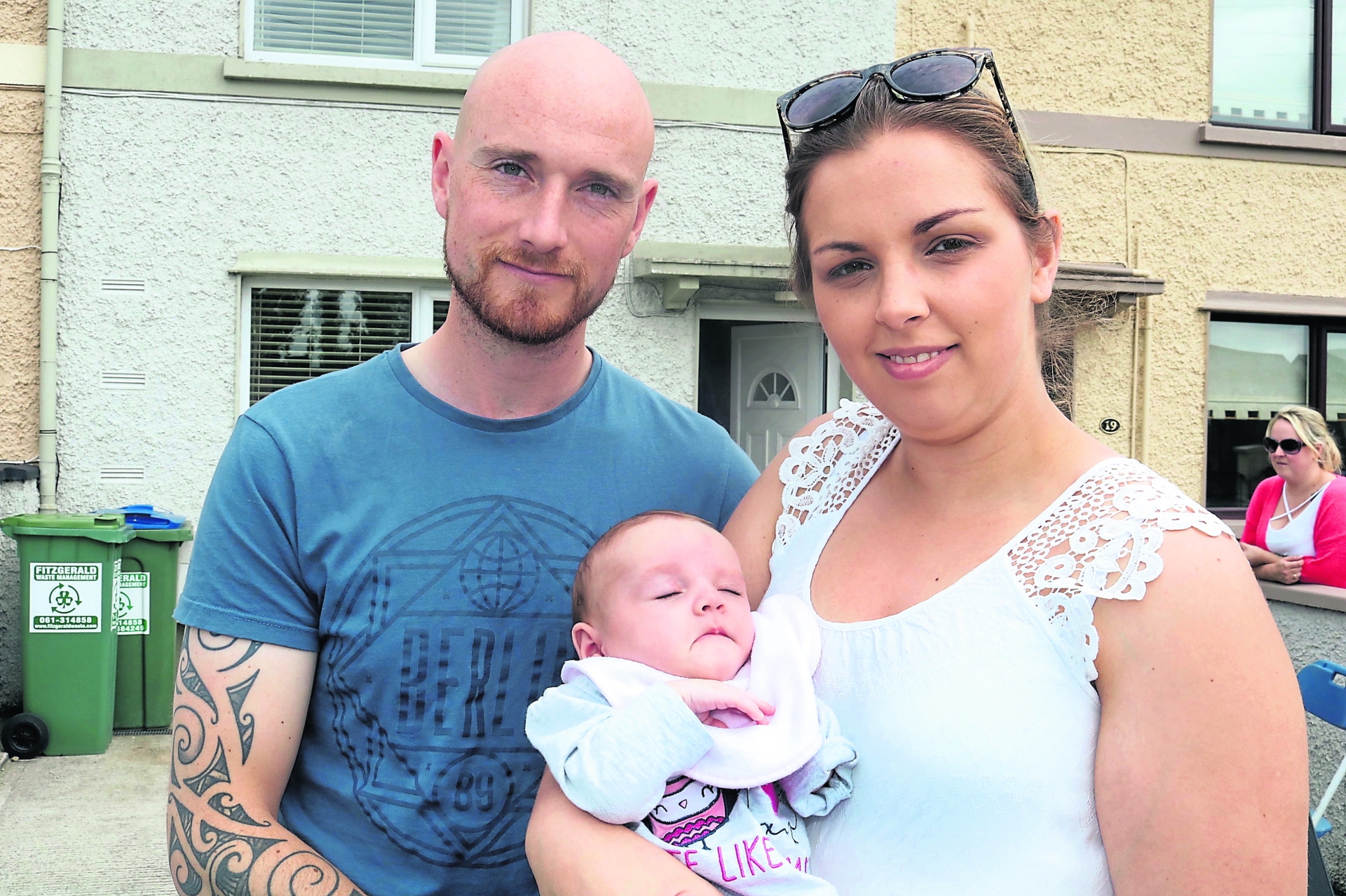 A contractor was brought on site by Irish Water to spray the properties with disinfectant, and dehumidifiers were also provided in an attempt to dry out the homes.

Residents praised council workers who assisted them in the aftermath of the deluge.