Gunman shouted "I got one of them" after discharging shot 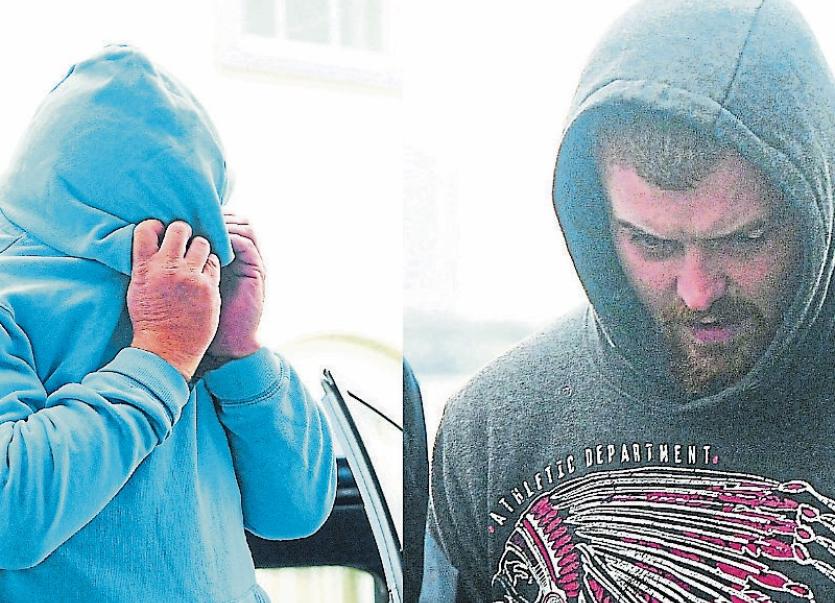 Alan McNamara and Robert Cusack have pleaded not guilty

A JURY has heard that when a gunman shot a biker in the head and fatally wounded him, he said: “I got one of them,” as he tried to reload.

In evidence at the Central Criminal Court this Monday, Derek Geary told John O'Sullivan BL, prosecuting, that he was present at Mountfune, Murroe when his fellow motorcycle club member Andrew O'Donoghue was shot dead on June 20, 2015.

Mr Geary told the court he and the deceased man were trying to close the gate to the Road Tramps MC clubhouse when he saw a man approach carrying what looked like a sawn-off shotgun at waist height.

He said he saw the man raise the gun and then the witness looked to Mr O'Donoghue. “I heard a shot,” he said. “Andrew had been shot and hit in the head.”

When he looked back to the gunman he said he saw him open the barrel and try to put a cartridge in. The witness said he heard the gunman say: “I got one of them.”

Cross examining the witness – Hugh Hartnett SC for Mr McNamara put it to him that what he actually heard was “I think I shot one of them.”

The trial continues this afternoon in front of Justice Paul McDermott and a jury of seven men and four women.