Limerick project hopes to give free rein to horse culture 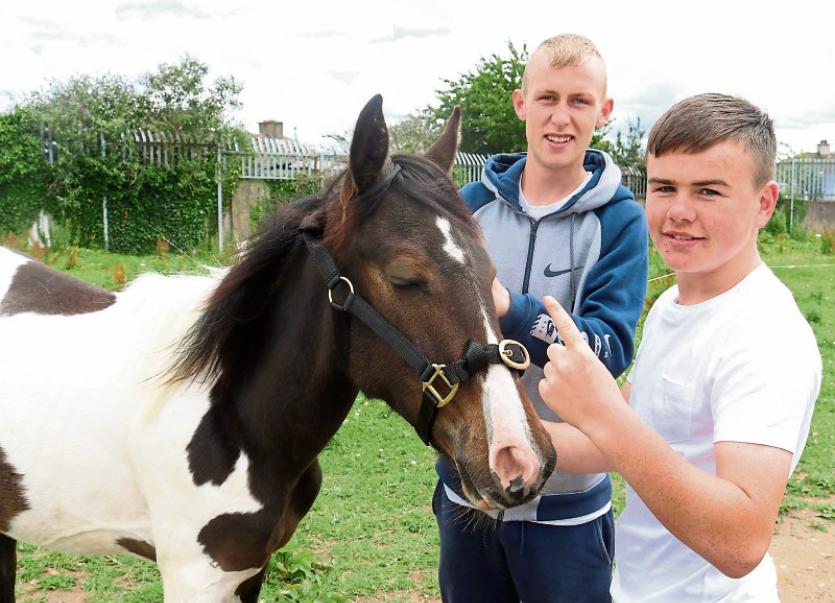 Taking part in the microchipping day at Ballinacurra Weston were Darragh Hughes, 20 and Raymond Collins, 14, with their horse King Bob

A CAMPAIGN to start a horse project in Limerick city is back under way after Limerick Animal Welfare and the Limerick Society for the Prevention of Cruelty to Animals teamed up to hold a registration day for passionate animal lovers.

Horse owners from across the city’s southside descended on the former handball alley at Ballinacurra Weston.

Here, vet Padraig McNamara was on hand to microchip the horse and vaccinate against tetanus, one of the leading diseases to affect the equine creatures.

Horse owners responded in their droves.

“Today is effectively about keeping the horses safe. Our vet will be coming into the handball alley every month to provide care for these horses. But if we can educate people a bit, that’s better,” said Anna Gallagher, LSPCA, which ran the event.

At present, it is illegal to graze horses within the city limits without a licence – and these are very rarely given out.

Despite this, hundreds of horses are seized every year by council bosses after owners flout the rules.

To this end, participants in the micro-chipping day were also asked to fill in a questionnaire, the results of which will be sent back to Limerick City and County Council.

They were asked: Have you got a horse?, have you had a horse pounded, and whether they would be willing to take part in a horse project, which in essence would be a controlled area, where horses can be cared for.

Anna said: “The pound question is very relevant, because so many of our boys have had their horses impounded, so why are we sending them away for slaughter when we are just getting more back in?”

It is precisely this, she hopes, which will persuade the council the merits of a horse project in the city limits.

He named one horse, Paula after his late sister, the other is Jessie.

“Obviously they have huge sentimental value to me, and keeping horses is a tradition in this area,” he said, “Hopefully we can get a horse projects so these kids can come in and muck out. It gives them their own bit of independence, help them keep them out of trouble. All we have at the moment is an astroturf pitch, but it closes at 6pm.”

Bella belongs to his nine-year-old daughter Renee, and he said: “She loves her, she is like a little baby to her”.

Seamus Curtin, 12, who owns Lella the mare, added: “I think it’s unfair horses are being impounded. There is nothing to do for younger people here. People here just love horses so much. It’s all they know: I’d have nothing to do if it were not for the horses”. 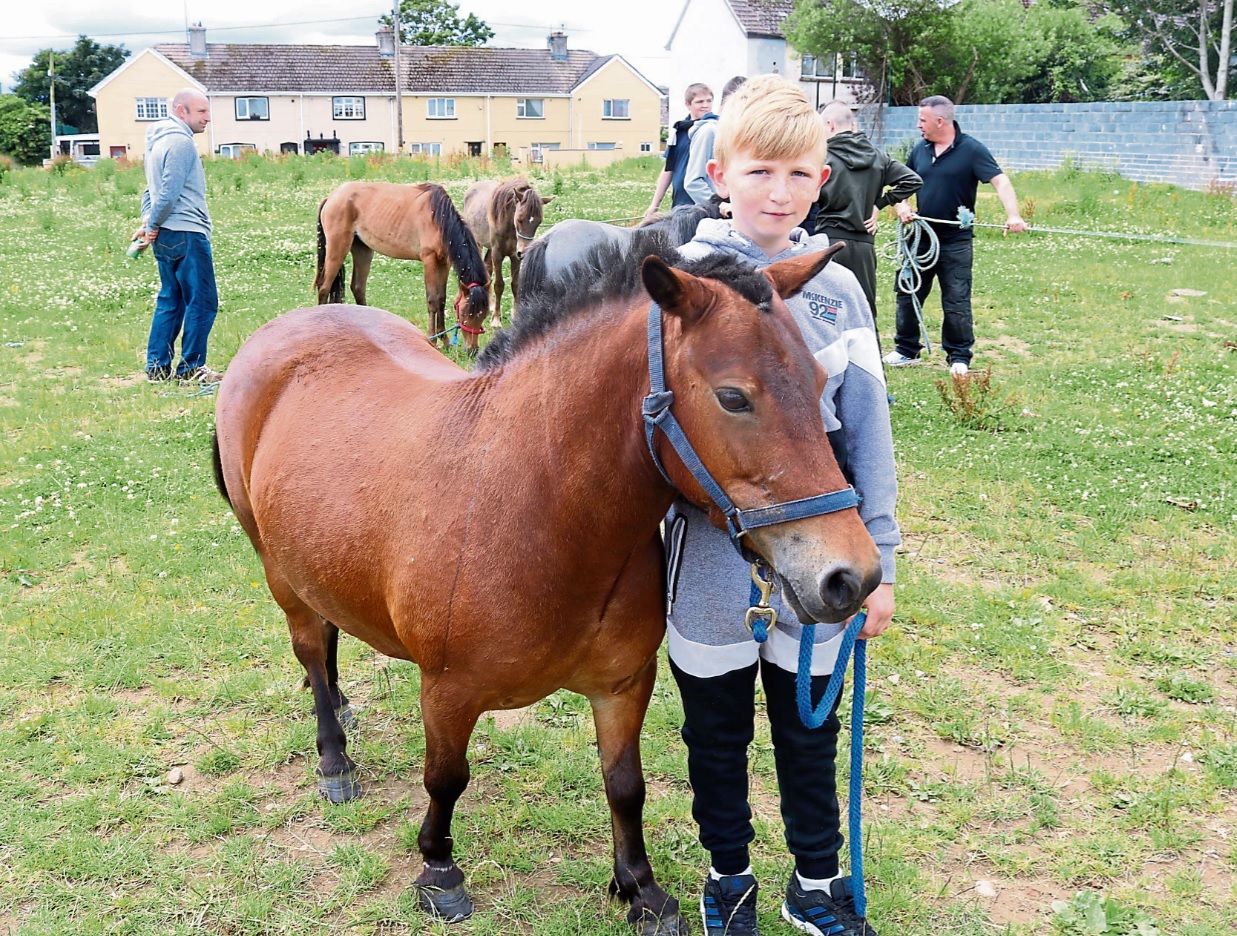 Marian Fitzgibbon, LAW, said both microchipping and vaccinating are crucial.

“We are picking up horses for he last number of years, and have not once picked up a horse in the city which had a microchip in it. We’re full up and pay for veterinary treatment. But we can never find the owners, or identify from a welfare point of view who actually owns the creatures,” she said.

Marian made the point that all dogs are now microchipped, and she appealed to the Department of Agriculture to make it compulsory to have chipping for horses in Ireland.

The vaccination against tetanus is “the most important thing you can do” for a horse, she added, to prevent the deadly lockjaw condition striking them.

“It’s a terrible thing to find the horses paralysed and unable to move, with their brains still working while they’re lying there struggling.

“A simple tetanus shot which costs between €10 and €12 will protect them,” she said.