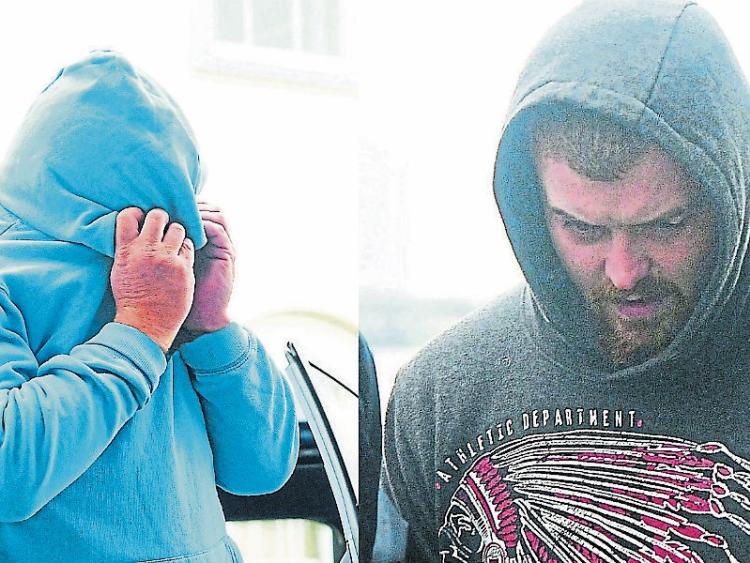 A BIKER shot a member of a rival motorcycle club dead over a territorial dispute in Limerick, a prosecuting barrister told a murder trial jury.

His stepson, Robert Cusack, 28, is charged with impeding Mr McNamara's apprehension knowing or believing him to have committed a serious offence. Mr Cusack has also pleaded not guilty and both men are being tried together at the Central Criminal Court.

Opening the trial Michael Delaney SC for the prosecution told the jury that they will hear evidence that Mr O'Donoghue, a retired carpenter, was a member of the Road Tramps motorcycle club which is based at Mountfune.

The accused man, Alan McNamara, left the Road Tramps in the 2000s and later became a member of the Caballeros motorcycle club, based in Limerick City. Counsel told the jury they would hear evidence that the shooting was linked to a territorial dispute between the two clubs.

On Friday June 19, 2015 Mr McNamara and his wife went to the village of Doon in Limerick by bike where they went to Kelly's Pub. Mr McNamara was wearing the colours of the Caballeros, which consisted of a badge or emblem worn on the back of a black sleeveless jacket.

This, Mr Delaney said, was a "provocative act" as Doon is in the Road Tramps' area. When word got out, three members of the Road Tramps went to Doon to confront Mr McNamara and at about 8.20pm, as Mr McNamara emerged from the pub, he was set upon by two of these men. His colours were forceably removed, leaving Mr McNamara "very vexed" at the insult to him and his club.

Mr Delaney told the jurors: "This formed the backdrop to the fatal shooting of Mr O'Donoghue."

Giving evidence Seamus Duggan told Mr Delaney that he has been member of the Road Tramps for about five years. He said the club had made alliances with others in Wexford, Waterford and Dublin to keep out big international clubs like the Caballeros, whom he said were only in Ireland a couple of months in June 2015.

He said he had heard of Mr McNamara, who was known as 'Cookie,' but he had not met him before Friday June 19.

On that day he received a phone call from another club member who said that Cookie was in a pub in Doon wearing Caballero colours. He said he and two other Road Tramps went to Doon to find out if it was true. Doon, Murroe and Cappawhite are Road Tramps' areas while Limerick City belongs to the Caballeros, he explained.

"We wouldn't go to Limerick City drinking," he added.

When the three arrived in Doon they saw Mr McNamara coming out of the pub. One of them told Mr McNamara to take off his colours.

"He didn't, so they manhandled him," he told the court, adding: "They removed his waistcoat from him."

Mr Duggan said he held the accused man's wife back.

Mr Duggan and the two other Road Tramps then left in one car. As they pulled away, he said Mr McNamara threw his helmet at the side of the car and shouted, "You're dead," at one of them.

The following day Mr Duggan was in Doon when he saw a man he knew to be a member of the Caballeros pass him in a car. There were two or three others in the car but he didn't know them.

He said: "I jumped in to my van and took off as fast as I could because I knew they were following me when I saw them do a u-turn."

He said he drove at speeds up to 100mph as he tried to get away from his pursuers. Mr Duggan will continue his evidence tomorrow.

Mr Delaney had previously told the jury that Mr Duggan decided to go to the Road Tramps clubhouse where he would be met by other members of the club. They planned on letting him in the heavy gate of the club.

The deceased, he said, was at the clubhouse waiting, going in and out the gate and looking down the road, when Mr McNamara arrived carrying a sawn-off double barrel shotgun and coming from the direction of his own home, 1.5km in the opposite direction.

Mr Delaney said the accused man tried to reload while a member of the Road Tramps closed the gate and Mr O'Donoghue lay fatally wounded on the ground. Mr Delaney said there would be evidence that Mr Cusack took the shotgun from his father.

The weapon was later found in a wooded area.

The trial continues on Friday in front of Justice Paul McDermott and a jury of eight men and four women.