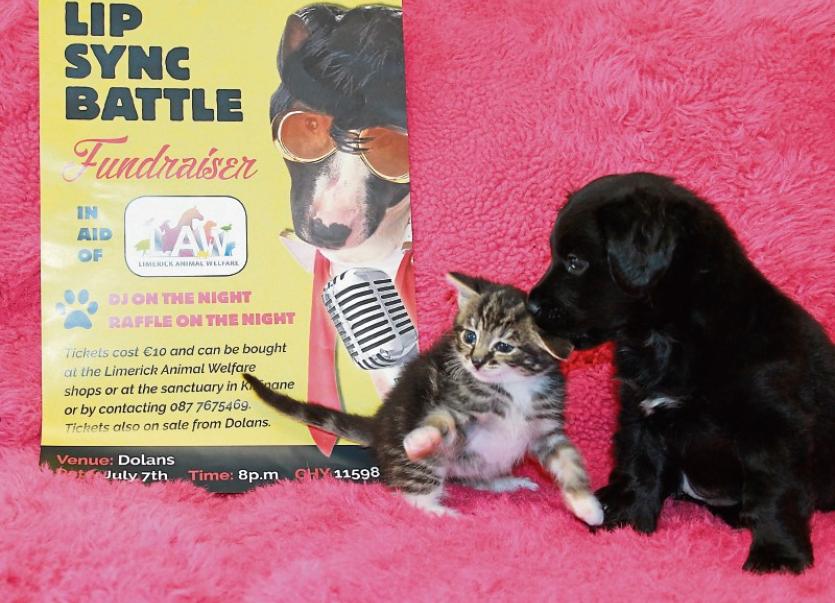 ‘WHO Let the Dogs Out’ will surely be one of the songs at a lip sync battle for Limerick Animal Welfare (LAW) this Friday night, July 7, in Dolan’s Warehouse.

Beginning at 8pm, 10 acts will fight it out to be crowned the king or queen of musical mime. Based on the popular TV show, the performers will be judged by TV personality Geri Maye, DJ Paul Fitzgerald and Limerick Chronicle columnist, Sharon Tucker. Geri has adopted two dogs from the LAW sanctuary in Kilfinane.

Mike Shinnors will take the role of LL Cool J as host. Co-organiser Niamh McMahon said the event is to help fund the work at LAW’s sanctuary where “amazing work is being done each and every day to rescue and rehome a wide range of animals”.

“Unfortunately due to cruelty, neglect or just misfortune in some cases there are plenty of animals that would, without this charity, have a very bleak future,” said Niamh.

“There are countless examples over the years. Just this Tuesday a male German Shepherd that had been living at Colbert Station for weeks was rescued after many efforts to catch him.

“He will be given lots of TLC, vaccinated, chipped and neutered before being available for adoption.

“We encourage all animal lovers, or those who just enjoy a good night out, to come to Dolan’s this Friday. Tickets are available to be purchased from both LAW charity shops in Limerick city, Dolan’s, from the sanctuary in Kilfinane and by contacting either Linda or myself on 085 1578563 or 087 7675469. Tickets are priced at €10,” said Niamh, who wished to thank all the businesses who donated spot prizes for the raffle, the Dolan family for the venue and Brendan Ring, Cube Printing, for tickets and posters.

It is set to be a busy weekend for LAW as on Sunday they are hosting a dog show in their Kilfinane sanctuary.