#LiveableLimerick: More than 200 people answer the call for O'Connell Street

Public has its say on €9m for reimagining city's main thoroughfare 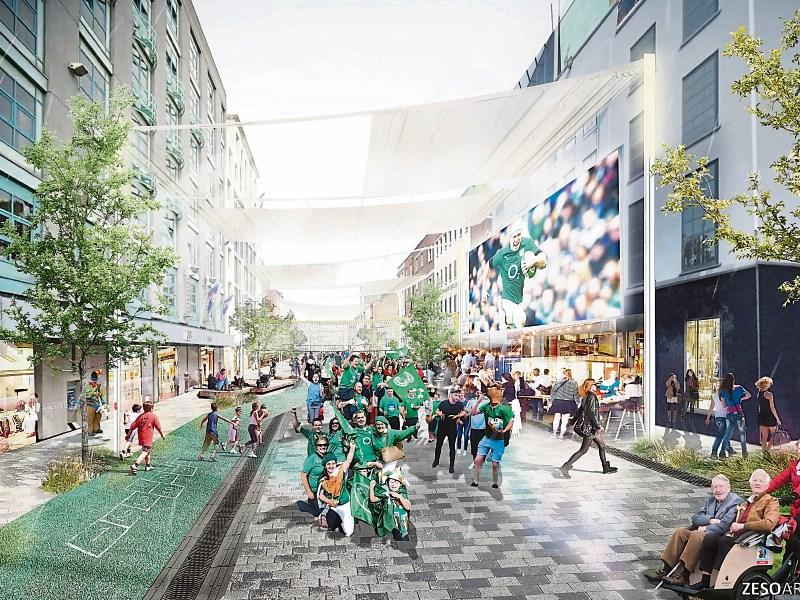 MORE than 200 people have contacted Limerick City and County Council to have their say on the €9m improvement works to O’Connell Street.

Over a two-week period, the local authority invited feedback on the plans, which will see Limerick’s main street transformed.

The council’s preferred design sees a reduction of traffic to just one lane, and the creation of a public plaza at the Crescent.

On top of this, taxi ranks will be shifted to side streets, with another focal point located at the junction of Bedford Row, Thomas Street and O’Connell Street.

But many people have criticised the local authority for not being bold enough with the scheme.

One ambitious submission from Ruby Sundays cafe, based at 84 O’Connell Street, in the heart of Georgian Limerick, suggested putting a roof over the main street and some surrounding roads.

Submission to @LUCROCLimk Let's Be Brave Put A Roof Over Limerick & have all our futures covered..... pic.twitter.com/fAKCwDc6Bs

Metropolitan mayor Cllr Sean Lynch urged the inclusion of accessible toilets on the main street must be included.

A spokesperson for the Council said that 195 physical submissions had been received, but when the views expressed through Twitter using the #LiveableLimerick hashtag had been added in, this climbs to well over 200.

They said the local authority is “delighted” with the level of engagement.

“It shows that people are taking an interest in the development of Limerick and we value their input,” the spokesman added.

Each submission will now be assessed and will form part of the design review for the reimaging of O’Connell Street.